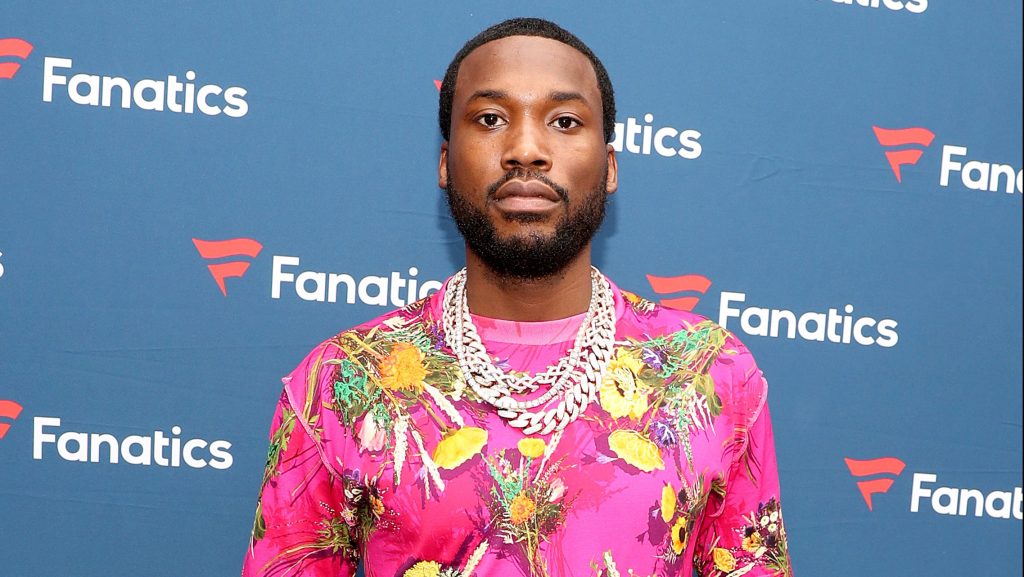 Meek Mill has been riding high off the success of his fifth studio album, Expensive Pain. Yet, while the album’s music continues to be consumed and critiqued, its artwork has come under fire for what a growing contingent of fans are deeming as inappropriate depictions of Black women after ads promoting the album were wrapped around public buses in various cities across the country.

The backlash began when a clip of a man in Hollywood—who actually claims to originally be from Philly—went viral after decrying the public display of Expensive Pain‘s album artwork. Ironically, it was created by a New York-based artist named Nina Chanel Abney, who just happens to be a Black woman herself. Containing images of three naked Black women in sexually suggestive poses, including one bending over and exposing their vagina, the artwork spurred the man’s tirade, who pointed out that children will likely be subjected to seeing the ads.

“Look at this bus that goes by my neighborhood, what the f**k is this?” the man asked as he angrily pointed at the cover on a public bus, before repeatedly asking, “Is this what you want, Black women?” Later in the clip, the man points to a particular section of the cover, saying, “Let’s not mistaken what this pink dot is. This is disgusting. This is satanic bullsh*t, I’m so sick of this.”

— White man asks “Is this what you want black women ❓” in response to Meek Mill’s pornographic tour bus art pic.twitter.com/NClD3vadTS

The perturbed man went a step further, tying the album cover to the COVID-19 vaccine while urging the public to remove their protective masks and to live a more organic and pollution-free lifestyle. While a number of fans on social media mirrored the unidentified man’s sentiments, some pointed out the fact that the backlash behind the cover was all but non-existent on a large scale upon the album’s initial release week’s earlier.

Meek Mill has yet to issue a statement or response to the controversy. Expensive Pain has climbed to No. 3 on the Billboard 200 chart, making the album the artist’s fifth consecutive top-3 debut of his career.

Check out some of the social commentaries regarding Mill’s album artwork below.

Imma just say it , I fuckin hate how black women are hyper-sexualized in the media. That Meek Mill bus is absolutely dreadful, do y’all see White, Asian, Hispanic or any other race put out art images of their women naked on city busses? No didn’t fuckin think so

I’m so tired of black men disrespecting black women. @MeekMill your tour bus is degrading and disgusting!!! Women are not toys for your own fucking amusement. It be your own people ?