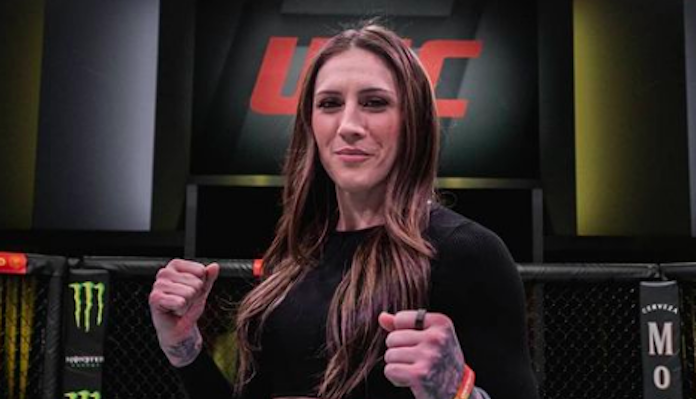 Recent UFC featherweight title challenger Megan Anderson has issued a statement after her contract with the promotion concluded.

Anderson returned to the cage in the co-main event of UFC 259 last Saturday in Las Vegas, challenging featherweight champion Amanda Nunes for the division’s ultimate prize. Regrettably for the Aussie and her fans, she was submitted by Nunes in the fight’s opening round.

Speaking on Instagram this week, Anderson issued a statement thanking fans for their support and looking to the future.

“In light of the news that came out yesterday, I wanted to address my fans, and say thank you for all the love and support you have sent me over the past few days,” Anderson began.

“Saturday night was fight number 6 of my 6 fight deal with the UFC,” Anderson continued. “I had an amazing run with the promotion, culminating in a UFC world title fight. If you know me and the journey I have been on, just to reach the pinnacle of the sport is something I am incredibly proud of. I want to thank my team and everyone at the UFC for the past 3 years, it’s been amazing to perform for my fans on such a big stage.

“I’m looking to rest up and heal from my injuries before I decide what is next for my MMA career,” Anderson concluded. “Regardless of what the UFC decides to do with the Women’s 145 division, there are plenty of opportunities for me across the world to continue to do what I love.

“Thank you all, and stay tuned!”

Megan Anderson is currently 10-5 as a pro. Where do you think she’ll end up next?