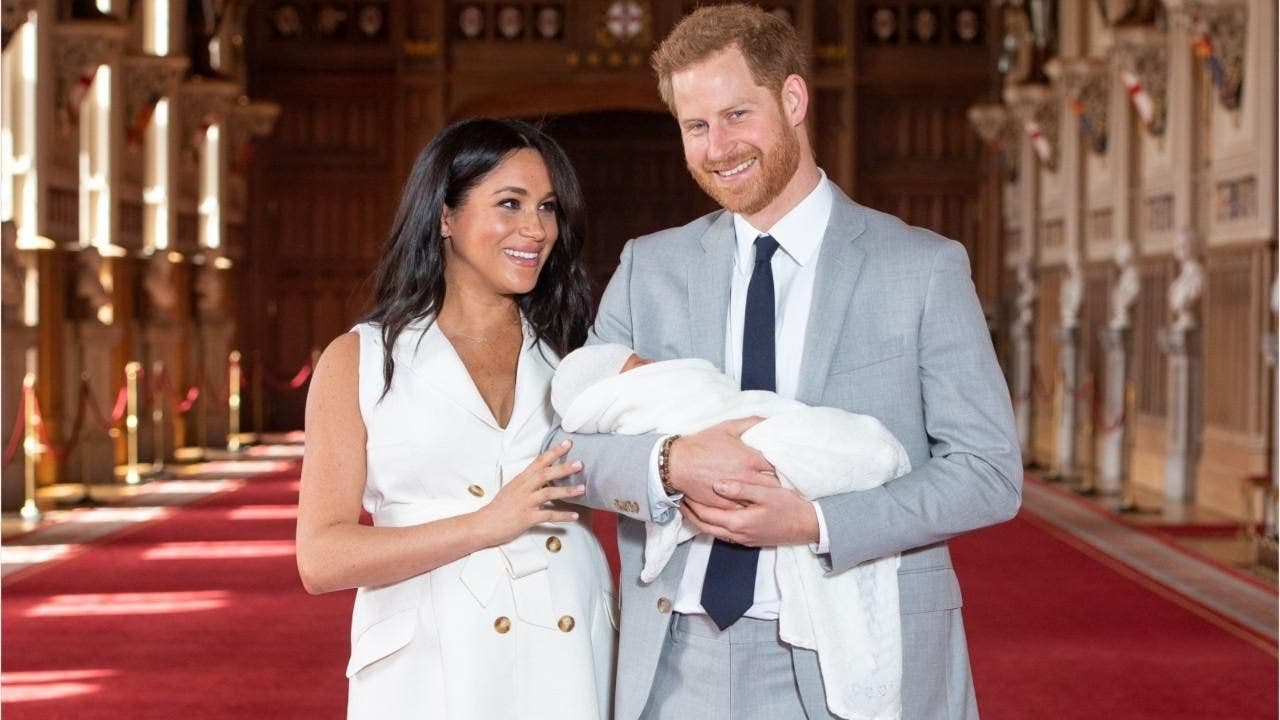 Meghan Markle and Prince Harry’s two children are expected to inherit their royal titles in the future.

The Duke and Duchess of Sussex are parents to 2-year-old son Archie Harrison and daughter Lilibet Diana, who was born on Friday.

When the siblings’ grandfather, Prince Charles, becomes king upon the death of Queen Elizabeth II, they will likely become a prince and princess, People magazine reported on Wednesday.

The outlet reported that under current guidelines, great-grandchildren of the monarch are not princes or princesses, except for children of the eldest son of the Prince of Wales. That’s why Prince William and Kate Middleton’s three children have royal titles: Prince George, Princess Charlotte and Prince Louis.

William, 38, Harry’s older brother, is second in line to the British throne after their father Charles, 72.

The Duke and Duchess of Sussex welcomed their second child on Friday.
(AP)

The outlet shared that when Charles steps into the role of monarch, the title of “prince” and “princess” will be given to Archie and Lilibet as the children of a son of the king.

Bob Morris from the Constitution Unit at University College London, said the rule was drawn up to trim the increasingly unwieldy number of princely titles.

“Queen Victoria had nine children who were all princes and princesses, and then they had children and so forth, and George V took the view … that something needed to be done to tidy up the situation,” he said.

The queen has the power to amend the rules, and in 2012 she decreed that all William’s children, not just the eldest, would be princes and princesses.

A royal title does not automatically bring security protection. Full-time working royals — including the Duke and Duchess of Sussex before they moved to North America last year — receive taxpayer-funded police bodyguards. Senior royals who have jobs outside the family, such as Prince Andrew’s daughters Princess Beatrice and Princess Eugenie, do not.

When Archie was born in 2019, he was eligible for a “courtesy title,” such as Lord Archie Mountbatten-Windsor. At the time, it was reported that Harry, 36, and Markle, 39, had chosen not to give him a title.

But in March, the former American actress told Oprah Winfrey during a televised sit-down that “it was not our decision to make.” She expressed concern that without a title, Archie “wasn’t going to receive security.”

The name pays tribute to both Harry’s grandmother, Queen Elizabeth II, whose family nickname is Lilibet, and his late mother, Princess Diana.

The Duke and Duchess of Sussex’s daughter was named after Queen Elizabeth II and the late Princess Diana (pictured here).
(Photo by Andy Stenning/Mirrorpix/Getty Images)

“Thank you for your continued kindness and support during this very special time for our family,” Harry and Meghan, also known as the Duke and Duchess of Sussex, wrote in a statement that accompanied the birth announcement Sunday.

The baby is “more than we could have ever imagined, and we remain grateful for the love and prayers we’ve felt from across the globe,” they continued.

A Buckingham Palace spokesperson said the queen, Charles, William and other members of the family had been informed and are “delighted with the news of the birth of a daughter for The Duke and Duchess of Sussex.”

The Duke and Duchess of Sussex’s departures from royal duties began last year over what they described as the British media’s intrusions and racist attitudes towards the duchess. The family now resides in the coastal city of Montecito, Calif.

Despite leaving royal duties, Harry’s place in the order of succession to the throne remains.

The Duke and Duchess of Sussex currently reside in California.
(Reuters)

Lilibet’s birth moves Prince Andrew, who was born second in line in 1960, down to the ninth place.

The Associated Press contributed to this report.