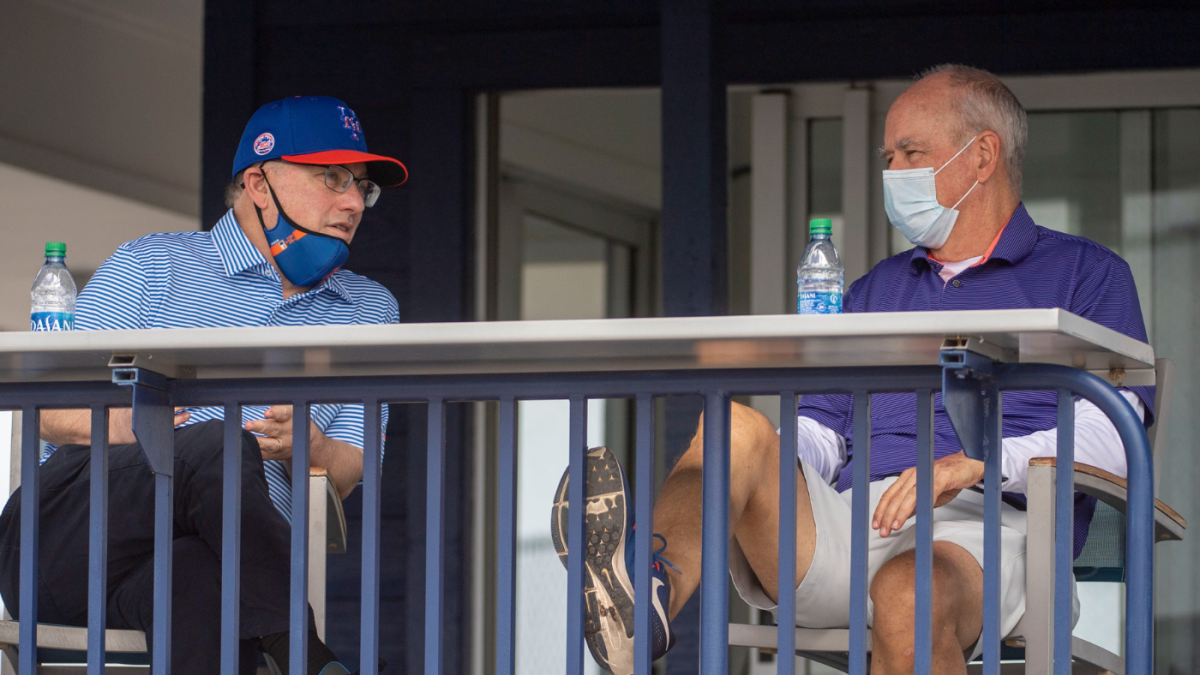 The New York Mets have been under Steve Cohen’s ownership for nearly a year now. The one constant during that span has been organizational disarray. For a taste, consider the Mets’ failures to find a steady lead executive. New York fired Jared Porter — originally Cohen and team president Sandy Alderson’s hire — earlier this year after ESPN reported on his harassment of a female journalist. Porter’s replacement on an interim basis, Zack Scott, was then arrested late in the season on the suspicion that he was driving home drunk following a fundraiser at Cohen’s home. Since the season ended, the Mets have been seeking a new president of baseball operations — a position they intend to fill before they hire a new manager.

The search has not proven fruitful. Rather, Theo Epstein and Billy Beane are among those who have reportedly passed on the opportunity. With the caveat that it can be difficult to separate fact from fiction when it comes to these matters, the Mets aren’t as close to being known as the new Dodgers as they are to being known as the dodged.

There is also evidence suggesting Alderson is the wrong person to head the organization’s efforts to modernize. Oh well. Eventually Alderson and Cohen will find someone willing to take the job — and they could turn out to be a good hire, even if they weren’t the headline-grabbing name the Mets had hoped for entering the offseason.

Because we’re the daydreaming types, we decided to put together a list of seven executives who could find themselves on the receiving end of an interview, either for the president of baseball operations job or, eventually, the GM post. Do note that this is only for entertainment purposes — we’re not saying these individuals are actual candidates and we’re not saying they will become candidates (though we do think some of them should be candidates). Got it? Now, let’s get to the gasbaggery. (The individuals are presented in alphabetical order.)

The Brewers gave Arnold a title bump last offseason, ostensibly to prevent teams from hiring him away as a GM. (Funny enough, Milwaukee did the same thing with David Stearns, possibly to keep him away from this specific Mets job.) Arnold’s experience with cutting-edge, small-market teams in both Tampa Bay and Milwaukee give him the exec equivalent of indie cred. He has been mentioned in conjunction with the Mets.

Bendix has also been mentioned publicly in connection with the Mets. He’s been in Tampa Bay’s front office for more than a decade and seems likely to follow the path previously taken by Chaim Bloom and James Click someday soon, though it’s possible that might come after a spin as Tampa Bay’s official GM.

Brown, a former minor-league outfielder, has several decades of experience on the scouting side, dating back to his days in the ’90s with the Pirates. He’s most recently played a large role in stocking the Blue Jays and Braves’ systems. Brown is believed to have found Tyler Matzek for the Braves, giving him a nice, marketable feather in his cap

Harris has the most unusual career arc of anyone on here. He spent three years with the NFL’s Philadelphia Eagles before joining the Pirates as a special assistant. He became the Guardians’ director of player development about five years ago, and has earned such a reputation that he was reportedly a finalist for the Cubs’ general manager job.

Unrelated to James, Scott took over the ship in San Francisco in late 2019. He’d previously spent seven years working under Theo Epstein and Jed Hoyer in the Cubs front office. Farhan Zaidi isn’t going anywhere, so teams looking to tap into the Giants magic will have to settle for Harris.

Owens, like Brown before him, is overqualified for the job he holds. He’s been a high-ranking member of the Athletics front office forever (he’s been in the organization for more than two decades) and he’s received a number of interviews. It’s past time for him to get a chance at running his own show.

Rodriguez was another one of the reported finalists for the Cubs GM jobs. He’s been in the organization for more than a decade in a variety of roles, including scouting, player development, and performance science. Rodriguez seems to be in a race with Bendix and perhaps Kevin Ibach to become the next Rays exec to take over the reins elsewhere.