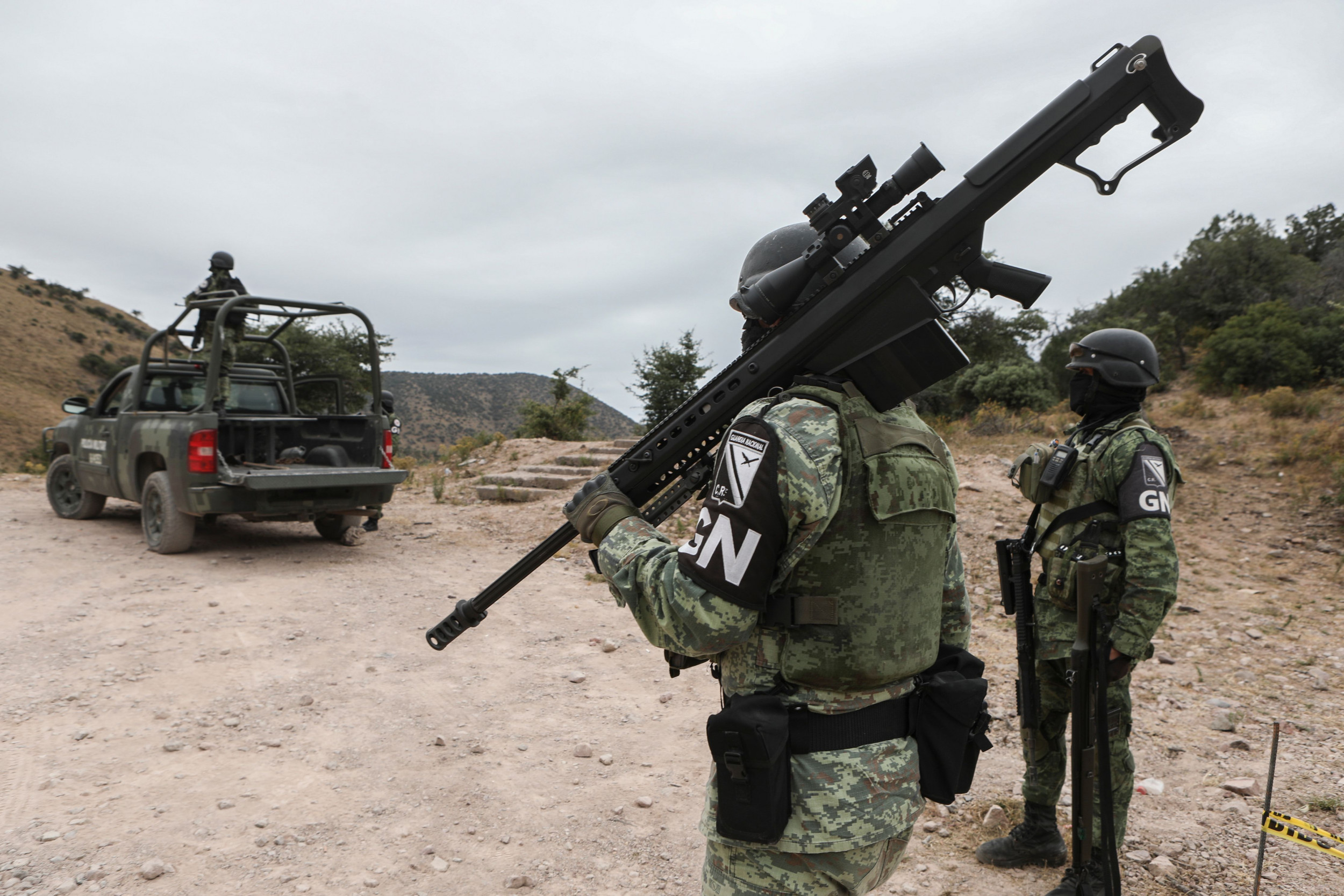 Non-profit group Reinserta found that youths who became involved with drug cartels in Mexico on average first made contact with the cartels between the ages of 13 and 15, the Associated Press reported. Because they can’t be charged as adults and more easily fly under the radar, minors in the country have been increasingly recruited by cartels to complete drug sales, act as lookouts and eventually kill.

Reinserta, which works to prevent youths from recruitment into cartels or rehabilitate those who have, interviewed 89 minors total in three youth offender facilities and found that 67 had been actively involved with cartels. All of those involved in cartels had dropped out of school and went on to use firearms, according to their report released Wednesday.

Reinserta said that minors are commonly recruited by kids of similar ages. Some use drugs or religion to recruit minors, while others tout a familial sense of belonging that many kids may lack. Poverty, abusive homes and unresponsive schools and social agencies can make some kids especially vulnerable to recruitment, according to the non-profit.

Jacobo grew up in the western Mexico state of Jalisco, home to the Jalisco New Generation drug cartel. Never comfortable in school, he had an abusive childhood: at one point his mother held his hands over an open flame after he allegedly shoved a classmate.

Now 17, Jacobo claims he didn’t do it. But by 12, he was recruited to carry out his first murder for the cartel. “They go around looking for kids who are out on the streets and need money,” he recalls. “At 12 years old, I became sort of a hired killer.”

Jacobo told his story to Reinserta, a Mexican non-profit group that withheld the youths’ full names because all are under age, are currently being held at facilities for youthful offenders and most are scared of retaliation by the gangs.

“A neighbor asked me, ‘Do you want to earn money?'” Growing up in a household where his family could seldom make ends meet, the answer was obvious. “I said yes. Who doesn’t want money?” But the $1,500 he earned didn’t last long; he picked up a meth habit, in part to quiet the psychological effects of what he was doing.

By his mid-teens he was torturing members of rival cartels for information, killing them and cutting up their bodies or dissolving them in acid, by now on the outskirts of Mexico City.

It was his last job that did him in; the cartel ordered him to carry out a killing in public, with lots of witnesses. Police came looking for him, and he went into hiding. The cartel contacted him to say it wanted to switch his hiding place, “but it was a trap,” he recalls. No longer useful—like so many disposable teen street-level drug dealers, lookouts and hitmen—the cartel wanted to get rid of him.

“When I showed up to meeting place, they started shooting me,” said Jacobo, whose last name was withheld because of his age. “I was shot in the head, in the back, in the abdomen.” Left for dead, he somehow miraculously survived, and is now serving a four-year youthful offender sentence for murder.

Mexican laws allow sentences of between three and five years for most youthful offenders, meaning almost all get out before they are 21.

That is a difficult job in Mexico; though he’s alive, Jacobo is still afraid; he knows from his own work for the cartel that it is everywhere, and won’t stop at anything. “Now I am just a target to be eliminated, a minor irritant for one of the most powerful cartels in the country.”

Marina Flores, a researcher for Reinserta, said the study suggests some common myths about kids in drug cartels aren’t true.

While kids almost always engage in drug use and leaving—or being expelled from—school prior to joining a cartel, membership in local street gangs no longer appears to play much of a role. Cartels in Mexico are directly recruiting kids as soon as they leave school.

“Street gangs are not a previous step for them joining organized crime,” said Flores. “We are finding out that as soon as they are taken out of school, they immediately go into organized crime.”

The group estimates that some 30,000 youths had been recruited by drug gangs by 2019.

In the northern border states, kids are lured with a wider variety of drugs, get more weapons and other training from the cartels, engage in a wider range of criminal activities and accelerate faster into violent roles than do youths in more southern states.

For example, Orlando grew up in the streets of northern cities like Ciudad Juarez, after escaping from an orphanage. Between the ages of ten and 16, he estimates he killed 19 people, mostly on the orders of the Sinaloa cartel.

Now, at 17 and serving four years for homicide, he says “I don’t know any other way to live, other than killing people.”

Like Orlando, Iván grew up in a northern border town with a father who worked for a cartel.

But Iván didn’t suffer poverty or abuse; he made a conscious decision to join the same cartel his dad worked for.

“I was very influenced by the narco culture, I liked the corridos, the (television) series, the guns, the trucks,” he recalls.

By the age of 11, he was working as a killer for the cartel, hacking up or dissolving the bodies of his victims. His first sight of corpses scared him, but within a short time “I didn’t feel anything, not fear, not regret, not guilt, not anything.” Ivan is also serving a sentence for murder.

Reinserta proposes possible solutions including more early attention for kids, more recreation and learning opportunities, and intervention to prevent domestic violence. The group also proposes creating a national registry of kids recruited by cartels, psychological attention for them and early and effective treatment of addictions.