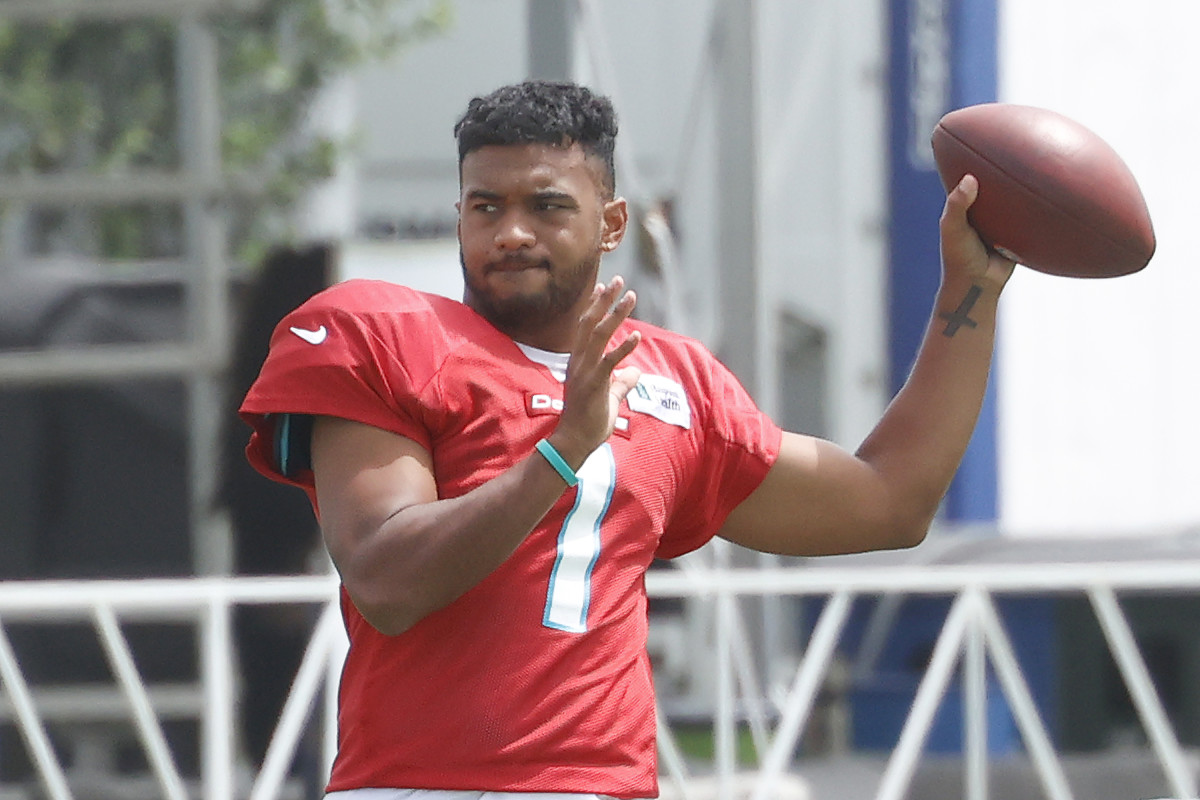 Checking out the comments from Dolphins players and coaches that stood out heading into the Week 8 rematch against the Buffalo Bills:

Head coach Brian Flores on what gives him confidence the Dolphins can handle the Bills pass rush better than in Week 2: “They’re a good rush team. They bring a lot of guys. They’ve got good rushers, good scheme. Obviously protection is going to be a big part of protecting the quarterback. It’s going to be a big part of the game plan in order for us to push the ball down the field in the pass game. Obviously we talked about that extensively — the different looks they have, the players they have. We will continue to practice for that and prepare for that as we get closer to the game. It’s a big part of it, no doubt about that. It’s a point of emphasis. We’re going to have to protect if we’re going to move the ball.”

WR DeVante Parker on constantly dealing with injuries:“Injuries happen. I’m not a robot. Things happen. The only thing you can do is just try your best to get back on the field. Just put in the work.”

CB Xavien Howard on whether he feels he’s gotten fewer chances at interceptions so far this season: “I try every week. That’s my goal, but it hasn’t been happening for me lately. Whatever opportunity I get, the best thing I try to do is just give the ball back to the offense so they can make something happen.”

TE Adam Shaheen on the offense looking forward to getting another shot at the Buffalo defense: “It’s no secret we didn’t score last time as an offense. I think this is a game where we have to go out and that’s just not happening again. That’s the mentality is it’s not happening again.”

RB Myles Gaskin on the possibility of getting a heavier work load with Malcolm Brown placed on injured reserve: “I feel for Malcolm. That’s a brother. When he goes down, my heart goes out to him in his situation. For myself, how do I feel towards it? Just keep on playing for Salvon (Ahmed) and myself. Just take on that workload, execute and do it for him. We still talk to him about how he sees things when watching film and stuff like that. It is what it is. It’s football but just kind of keep it going, keep it rolling.”

T Jesse Davis on the protection issues in Week 2 and how things will be better this time around: “I think they did a good job. They had a good game plan against us. There’s some things that we needed to make corrections on early in the game and I think we’d be alright. We let things kind of spiral out of control and that’s tough for any line to handle. This game plan moving forward, I feel like we’re in a better spot. I think our communication is better with the O-line, so I think everything is kind of moving forward, which is what we want.”

CB Byron Jones on how much of a surprise the 1-6 start has been for the players: “Yeah, no one ever comes into the season and thinks you’re going to have a six-game losing streak at all. I think we understand what our issues are and now it’s about correcting those. It’s no easy task, but that’s a challenge that we all accept as NFL and professional players. So no, no one envisioned this. We didn’t want this. But let’s dig ourselves out. Let’s see what we can do and let’s see what we can shake from this point forward.”

QB Tua Tagovailoa on whether he thinks — with having to recover from the hip injury, being yanked from the lineup twice in 2020, and now the Deshaun Watson speculation — that it’s been a fair start to his career : “I don’t know if I would ever use the word ‘fair’ because really nothing is fair, especially in the life that we live. For you guys – media – it’s not fair that you guys only get however many minutes with a player. For players, it’s not fair that we only get praised when we’re doing good. Nothing is fair in life. That’s what I can say to that.”