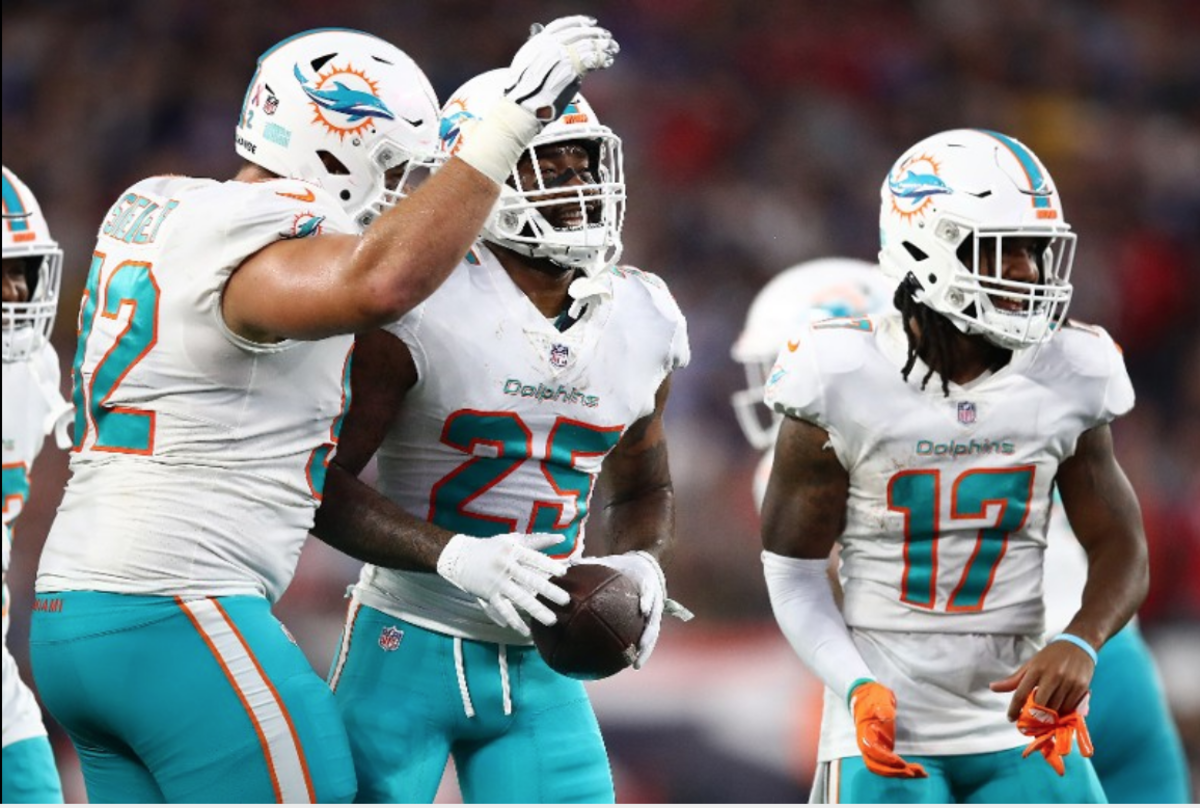 This certainly wasn’t the first time Xavien Howard came up with a big play for the Miami Dolphins defense, but the All-Pro cornerback usually does it with interceptions.

His big play in the 17-16 victory against the New England Patriots in Week 1 of the 2021 season was a combination forced fumble and fumble recovery.

While Howard has 22 career interceptions, this was only his second career fumble recovery and his third forced fumble.

“Every game, I feel like I need to make something happen for the team and get the ball to the offense,” Howard said. “My mind-set was get the ball out, we needed it and it as crucial. So I made it happen.”

LINING UP WITH LIAM

After all the intrigue of the week, it was rookie second-round pick Liam Eichenberg who ended up as the starting left tackle against the Patriots.

He took the place of expected starter Austin Jackson, who didn’t practice all week because he was on the Reserve/COVID-19 list but played against New England after being activated Saturday.

Eichenberg, the 42nd overall pick out of Notre Dame, was beaten for a sack and called for two holding penalties, though one of them appeared dubious at best.

“Obviously there were some mistakes,” Eichenberg said. “I had two penalties, I was on the ground a little bit. Overall there are a lot of things I need to clean up but we went out there and we got the win and that’s the most important thing. It’s great to be out there with the team, especially the first-team offense. It’s a good experience.”

While it appeared and still appears to be Tua Tagovailoa’s show on offense, backup Jacoby Brissett did make a couple of appearances against the Patriots.

The Dolphins inserted Brissett into the game to take advantage of his size to run quarterback sneaks in third-and-1 situations, and he converted both times.

The second sneak clinched the victory as it gave the Dolphins a first down at the two-minute warning with New England out of timeouts.

“I mean, look, if we want to get 1 yard we try to put our best players in there,” Flores said. “It showed up in the game. You know, when we needed a yard, we put him in there. Got two short-yardage plays, and we just try to put our players in position to have success and our team to have success. He’s done it before in the past, so we used him today and it helped us.”

It obviously doesn’t mean much at this stage of the season, but the Dolphins find themselves in first place in the AFC East with their victory combined to earlier losses by the Buffalo Bills against Pittsburgh and by the New York Jets at Carolina.

For those keeping track, it marks the first time the Dolphins have sole possession of first place in the division since the conclusion of Week 4 of the 2018 season when they were 3-1 and one game ahead of New England.

The Dolphins started off 3-0 that season and still were tied for first through six weeks at 4-2 before the Patriots started pulling away from the rest of the division.

FINDING A WAY IN FOXBOROUGH

Gillette Stadium has been a tough place for the Dolphins, but they’re starting to find a way to get it done there.

They now have won two of their past three games there, the other one being the 27-24 thriller in the 2019 season finale.

It’s the first time Miami has won twice in a three-game span at New England since the Dolphins won on consecutive trips in 1999-2000.

The Dolphins defense suffered a big loss on the very first drive of the season when nose tackle Raekwon Davis went down with a knee injury.

Davis never returned after getting hurt on the sixth snap of the game, though he remained on the Dolphins sideline.

That in itself was good news considering Davis stayed down for a decent amount of time after being injured when a player fell into the side of his right knee.

With Davis out of the lineup, veteran John Jenkins got extensive playing time in the middle of the defensive line.

The opening line for the Dolphins home opener against the Buffalo Bills on Sept. 19 has the Bills favored by 3 1/2 with an over/under total of 48 points.