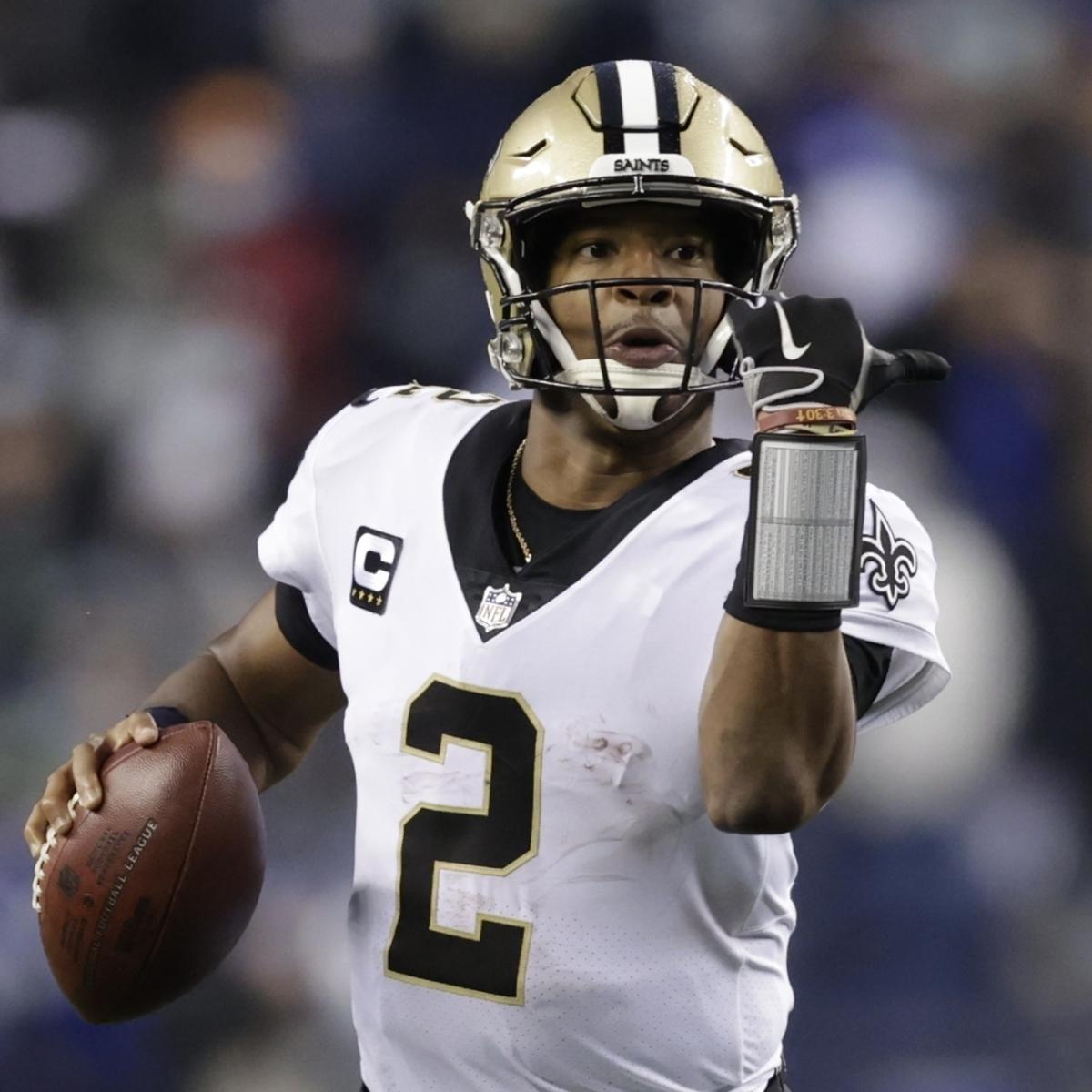 The Saints offense, led by quarterback Jameis Winston, sputtered through another rain-soaked primetime affair on the West Coast yet captured a 13-10 victory over the Russell Wilson-less Seattle Seahawks at Lumen Field.

From a big picture point of view, the Saints are set up nicely as one of six NFC squads with a winning record. Granted, their 4-2 tally places them behind five squads with one or fewer losses. Still, New Orleans is in control as it navigates the rest of its regular-season schedule.

A closer look unveils major concerns with the team about to run a gauntlet with the Tampa Bay Buccaneers, Tennessee Titans, Buffalo Bills and Dallas Cowboys as four of the Saints’ next six opponents. If Sean Payton’s squad makes it through that stretch reasonably well, only one of the remaining adversaries currently claims a winning record.

Those worries reside on the offensive side of the ball.

Defensively, the Saints entered Monday’s contest with the ninth-ranked pass defense and second-best run defense in DVOA, according to USA Today‘s Doug Farrar. The unit allowed only 219 yards to the Geno Smith-led Seahawks. Dennis Allen’s group can hold up its end for the bargain. Winston and Co. must do the same.

Fairly or unfairly, the lion’s share of the blame will fall on Winston. He’s the quarterback who’s trying to replace an all-time great in Drew Brees. The Saints offense isn’t humming along as it has for so long under Payton’s supervision. With such significant change, the brunt of the criticism will land on that particular spot. Winston can certainly play better. At the very least, he could be more consistent with his overall performance.

However, he’s capable of leading a successful offense, as long as the right pieces are around him. Winston certainly would have been more effective Monday if his receivers played better overall. He hit his targets with accurate throws multiple times only to see them drop the passes. Some weren’t even on the same page, which appeared to aggravate the quarterback during the contest. Running back Alvin Kamara is the only real threat in the Saints’ passing attack at this juncture.

In total, the Saints’ wide receivers combined to make four receptions for 43 yards.

Tre’Quan Smith’s return from a hamstring injury should have injected some life into the position group. But he didn’t seem to be himself, struggled with getting on the same page on his quarterback and lacked the explosiveness seen earlier in this career. At one point, cameras caught Winston losing his cool with the veteran target after yet another on-field disconnect.

“It was communication. We had to be on the same page,” the quarterback told reporters after the contest.

Kamara is the squad’s only reliable option in the passing game. The running back caught a team-high 10 passes for 128 yards and a score Monday to go along with his 51 rushing yards. Of the back’s total receiving yardage, 92.9 percent of what he gained came after the catch, per NFL Next Gen Stats.

In doing so, Kamara became the fastest player in NFL history to reach 3,000 rushing and 3,000 recieving yards to start his career.

All of this points to why Thomas’ return is crucial to this year’s campaign.

The fact the wide receiver is still recovering from an offseason ankle surgery is a thing unto itself. Thomas played through pain last season and posted his worst year to date, which wasn’t hard to do considering his record-setting pace through his first four seasons. Issues arose during the offseason when Thomas apparently took umbrage with the Saints’ handling of his situation.

NOLA.com’s Jeff Duncan reported that Thomas ignored calls from the team. Once the receiver finally decided to get surgery in June, Payton and general manager Mickey Loomis both openly questioned why it took so long. Payton and Thomas sat down in August to clear the air, according to Yahoo Sports’ Charles Robinson.

Maybe the Saints still try to trade the wide receiver before the Nov. 2 deadline if he’s activated from the physically unable to perform list. Otherwise, Winston should look forward to having Thomas back in the lineup.

NFL Network’s Ian Rapoport reported last week that Thomas was still “a couple of weeks” away from being cleared.

“We’ll have to see how it goes,” Payton responded Thursday when asked about the receiver’s status.

Consistency is the key. A healthy and in-rhythm Thomas provides a credible threat at all times. He may not be the same receiver who once led the NFL in receptions and captured NFL Offensive Player of the Year two years ago. But he’s someone the defense must account for at all times. Aside from Kamara, who can be limited based on usage, the Saints lack any consistency at the wide receiver position.

Thomas can be the big slot and serve as Winston’s security blanket or work outside the numbers to stretch the field vertically and horizontally. The former No. 1 overall pick always had plenty of gunslinger in him. He needs capable options to push the ball downfield and get the best most out of the quarterback’s skill set.

New Orleans had two-plus weeks to prepare for Monday’s contest. The Saints faced the league’s 32nd-ranked defense. Yes, inclement weather made things difficult. Yet the unit struggles to move the ball when it needed to do so.

The receivers’ issues have already been noted. Kamara averaged only 2.6 yards per carry. The offensive line isn’t playing to its normal standard. Winston’s 6.3 average yards per attempt was less than Smith posted (7.6) despite Seattle’s offensive ineptitude.

One player may not solve all of the Saints’ problems. Thomas is one of the game’s best and a superstar when he’s healthy, though. He’s the potential lightning rod to galvanize the Saints’ offense during the most pivotal point of their season. Once he returns to the lineup, the entire group should look drastically better.