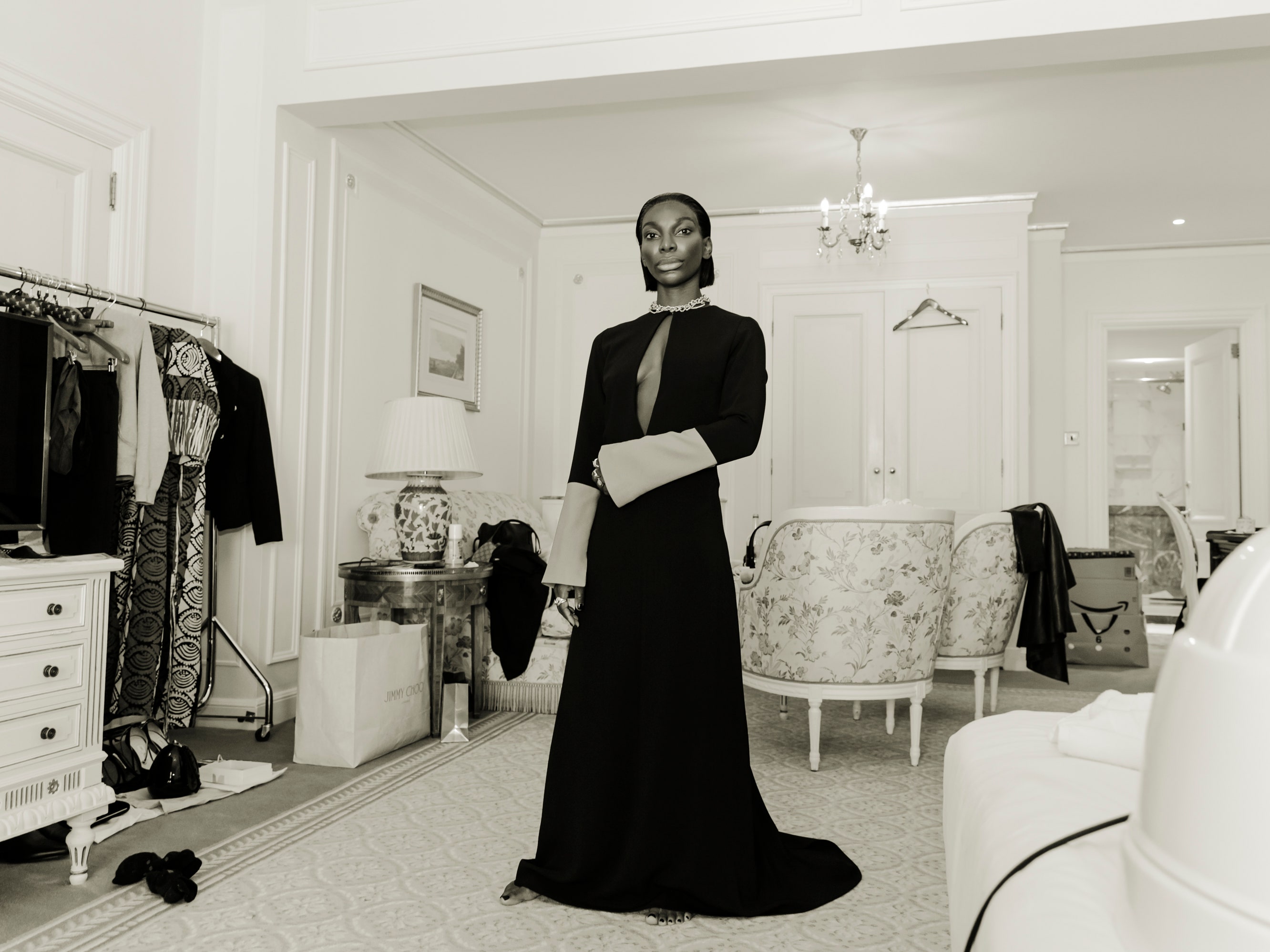 At tonight’s BAFTA TV Awards in London, I May Destroy You’s Michaela Coel swept the ceremony by winning best lead actress, best writer, best director, and best miniseries. Given she was the star of the night, she had to have a stellar fashion look too—and that’s exactly what the budding, London-based label Maximilian gave her. “I was nervous meeting someone that I’ve seen on TV,” says designer Maximilian Davis of the fitting process, which was also his first-ever red carpet moment. “But she was exactly like she is on the show. She’s so down to earth and genuine. I’m so happy she felt good in my design.”

The sleek black gown Coel wore on the red carpet, with striking front and back cut-outs, is from Davis’s spring 2021 collection which was showcased in the collective Fashion East. To make it an original for Coel, the designer added custom details, including bold red cuffs. “This dress is one of the first pieces that I made in my bedroom before I applied for Fashion East,” says Davis. “[In this collection,] I was looking at a lot of shells from the Caribbean. My parents also owned a taxi company in Trinidad, and looking at the highways we used to drive along, that was the reason for the long strip on the back [of the dress.]”

As a huge fan of Coel’s, Davis is thrilled that the star ended up in his designs tonight, something that was orchestrated by Coel’s stylist, Nell Kalonji. He’s also in disbelief that Coel chose him for her big night, given that she hasn’t worked with many designers for previous awards shows. “It’s the first time that she’s allowed a designer to make a custom dress,” Davis says. “All of the dresses that she’s worn for red carpets or awards, she or her mom has made—so I’m super grateful to be given this opportunity.” And judging by the winning end result this evening? It surely won’t be Davis’s last red carpet moment, either.