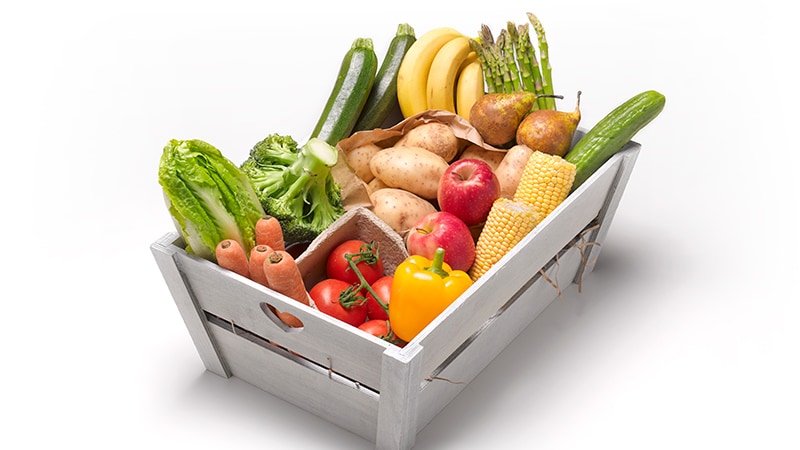 A new review suggests that micronutrient supplementation — particularly a combination of coenzyme Q10 (CoQ10), zinc, copper, selenium, and iron — might be a potential strategy to improve myocardial function in patients with heart failure (HF) by improving mitochondrial function.

“Macronutrients, such as fatty acids, lactic acid, and carbohydrates, are the main energy sources for cardiomyocytes and are consumed in large quantities, but micronutrients — including vitamins, minerals, and essential amino acids — are also necessary to convert these macronutrients into energy and are required in very small amounts, which a healthy diet normally produces,” lead author Nils Bömer, PhD, a postdoctoral researcher at the department of cardiology, University Medical Center, Groningen, the Netherlands, told theheart.org | Medscape Cardiology.

There is an evidence base to support the usefulness of micronutrient supplementation together with pharmacotherapy to improve HF treatment, but “well-designed, adequately powered trials are necessary to assess the effect of single- or multi-nutrient supplements on the wellbeing and survival of patients with HF,” he said.

The study was published online February 9 in the Journal of Internal Medicine.

‘Engine Out of Fuel’

Since current therapies for HF are “unable to abolish the disease burden,” new strategies to treat or prevent HF are “urgently needed,” the authors write.

Low plasma concentration of several micronutrients, including vitamin D, selenium, zinc, and iron, have been associated with adverse outcomes in HF, they write. Up to 50% of HF patients may be deficient in one or more of these micronutrients, perhaps because patients with HF may have reduced intestinal absorption and increased urinary excretion.

A major player in both the development and the worsening of HF is reduction in bioenergetic capacity. Although macronutrients are the main energy sources for cardiomyocytes, small quantities of micronutrients are necessary to convert macronutrients to adenosine triphosphate (ATP).

Selenium’s role in the ETC is the production of crucial antioxidant enzymes. Severe selenium deficiency may result in dilated cardiomyopathy, impaired exercise tolerance, reduced quality of life, and higher mortality rate. Although there are no larger randomized controlled trials of selenium supplementation in HF patients, one trial in older people (including individuals with HF) found that it reduced cardiovascular mortality when combined with CoQ10.

Zinc’s role in the ETC is as an antioxidant and zinc deficiency can result in an increased risk of cardiovascular and all-cause mortality, poorer New York Heart Association (NYHA) functional class, increased inflammation and myocardial damage, and impaired exercise capacity. There are no large randomized controlled trials of zinc in HF patients, but some evidence supports the role of a combination of zinc and selenium to improve left ventricular ejection fraction (LVEF), and multi-micronutrient supplements (including zinc) to increase LVEF and left ventricular end-diastolic volume.

Copper is involved in mitochondrial electron transport and free radical scavenging in the ETC, and copper deficiency is associated with connective tissue problems, muscle weakness, anemia, compromised cardiac mitochondrial respiration, and impaired ATP production. One trial evaluated the role of copper supplementation in people with ischemic heart disease, but results have not yet been published.

Micronutrient deficiency “changes the paradigm from ‘an engine out of fuel’ to ‘a defective engine on a path to self-destruction.'”

“In my personal opinion, I would advocate a supplementation strategy toward prevention of HF,” Bömer added. “This is even more encouraged by our recent finding that having sufficient selenium is associated with reduced risk of new-onset HF in the general population of the Netherlands.”

Commenting on the review for theheart.org | Medscape Cardiology, Gregg Fonarow, MD, codirector of the UCLA Preventative Cardiology Program and an expert volunteer for the American Heart Association, said that multiple studies “have shown that mitochondrial dysfunction may contribute to the onset and progression of HF.”

However, “it is important to note that other than for intravenous iron supplementation in patients with HF with iron deficiency, micronutrient supplementation has not been demonstrated to improve clinical outcomes in gold-standard randomized clinical trials,” cautioned Fonarow, who was not involved with the current study.

“Such trials would be needed to demonstrate that either individual or a set of micronutrients can improve outcome in patients with HF or effectively prevent HF in those at risk before any specific recommendations can be made,” he said.

Also commenting for theheart.org | Medscape Cardiology, Maya Vadiveloo, PhD, RD, assistant professor of nutrition and food sciences at the College of Health Sciences, University of Rhode Island, noted that the paper was a narrative review that “did not provide criteria for the selection of studies that were included in the authors’ synthesis of the evidence.”

Vadiveloo, who was not involved in this study, said that she “continues to support the American Heart Association’s position on supplements and…that the current body of scientific evidence supports getting nutrients from food rather than supplements because nutritional supplements may not have similar effects as food sources of antioxidant nutrients, which are found in a variety of plant-derived foods such as fruits, vegetables, whole grains, and vegetable oils.”

The authors add that micronutrient supplementation “should preferably occur in combination with offering balanced meals or individualized dietary guidance or supplementation to patients with HF.”

In an accompanying editorial, Nicolas Girerd, MD, PhD, of the Université de Lorraine, Centre d’Investigation, and professor of Therapeutics, Nancy School of Medicine, France, writes, “The next logical step, given this convincing supportive evidence, is to undertake large…trials that ascertain whether a clinical benefit is obtained when using multimicronutrient supplementation.”

FDA Approves Secnidazole for BV, Trichomoniasis in Adolescents
See the Tail That Wags the Dog