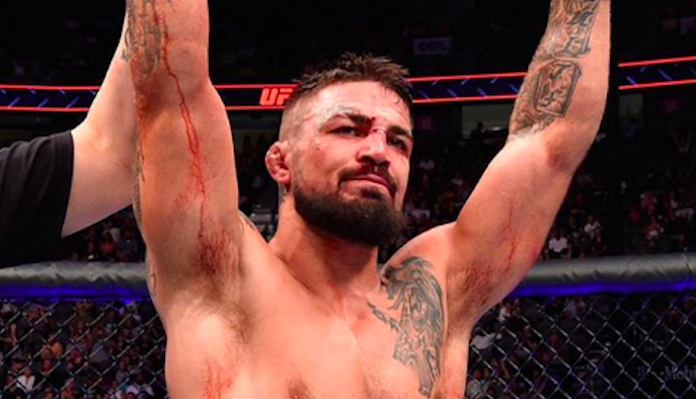 Mike Perry is no longer on the UFC roster as he has signed a deal with Bare Knuckle Fighting Championship.

MMAFighting was the first to report the news. BKFC confirmed the signing on Tuesday via a press release. According to the release, Perry signed a multi-fight deal with the promotion but details of the contract were not released.

BOOM. Welcome to the BKFC @PlatinumPerry – Watch out 175ers 👀 pic.twitter.com/qUKrQpj6q0

“Let’s skip all the formalities! This sport is evolving and I am here to strike fear into the hearts of my competitors!” Perry stated in a press release. “I plan to intimidate the world when I show what a truly skilled combat specialist is capable of with his bare hands.

“I will dismantle the opposition and reach the glory I have longed for my entire life,” Perry continued. “I will be crowned king of the streets and king of combat sports! They will make me a Platinum Crown and carry me on the bloody backs of my defeated rivals! I am here to go straight to the top and make anyone think twice about entering my world! BKFC is my world!”

Mike Perry was a fan-favorite in the UFC as he was always in entertaining fights. He went 7-8 inside the Octagon and ended his tenure on a two-fight losing streak. He did pick up notable wins over Paul Felder, Alex Oliveira, and Mickey Gall.

BKFC president, David Feldman, is excited for Perry to sign with the promotion.

“We’re thrilled to bring Mike aboard to our vast stable of exciting fighters,” BKFC President Dave Feldman said. “Over the last seven years he’s proven to be one of the toughest fighters in mixed martial arts and his skill set along with his aggressive style works very well for our growing international fan base.”

Perry’s BKFC debut will be announced in the coming weeks. He will compete in the 175lbs division.

What do you make of Mike Perry signing with BKFC?