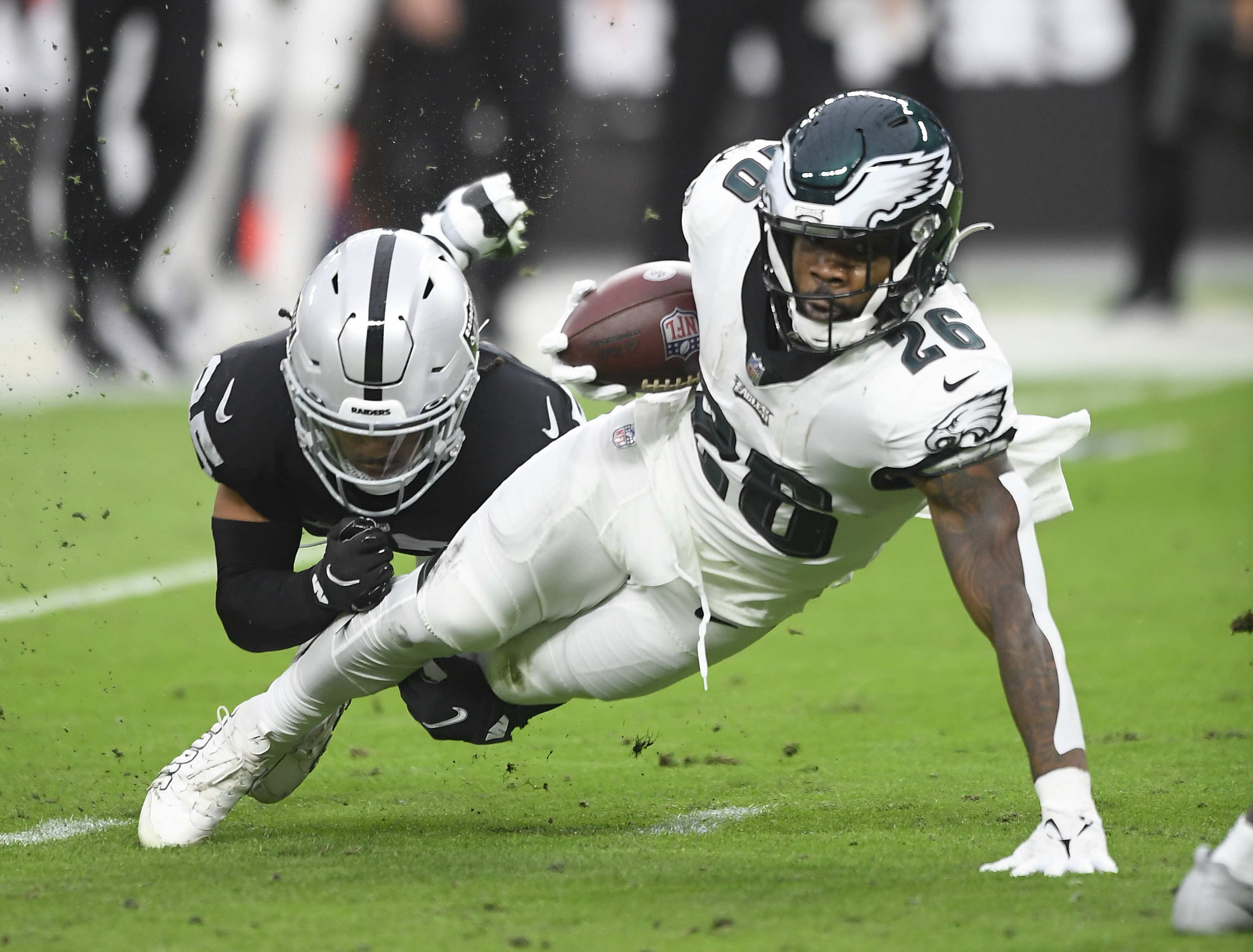 Sanders was carted to the locker room in the first quarter of the Eagles’ Week 7 loss to Oakland. Sirianni added that he isn’t ruling out Sanders for next week’s game against the Detroit Lions, but it would be “a stretch” for him to be able to play.

NFL Network’s Ian Rapoport reported Monday that Sanders was believed to have suffered a sprained ankle. Rapoport noted that the injury looked worse than it actually was, but Sanders was still undergoing tests to determine the severity.

A 2019 second-round draft pick of Penn State, Sanders has established himself as Philadelphia’s lead running back. He rushed for career highs of 867 yards and six touchdowns on 164 carries despite missing four games due to injury last season.

However, his usage this year has raised some questions as he is not the team’s top rushing option.

Through seven games this season, Sanders has 300 rushing yards on 63 carries with no touchdowns. Eagles quarterback Jalen Hurts leads the team with 66 rushing attempts, 361 yards and five touchdowns.

Should Sanders miss time, Philadelphia will likely turn to rookie running back Kenneth Gainwell. The 2021 fifth-round pick currently has 120 rushing yards and two touchdowns this year. Fourth-year running back Boston Scott, who has seven carries this season, would likely also see his role increase.