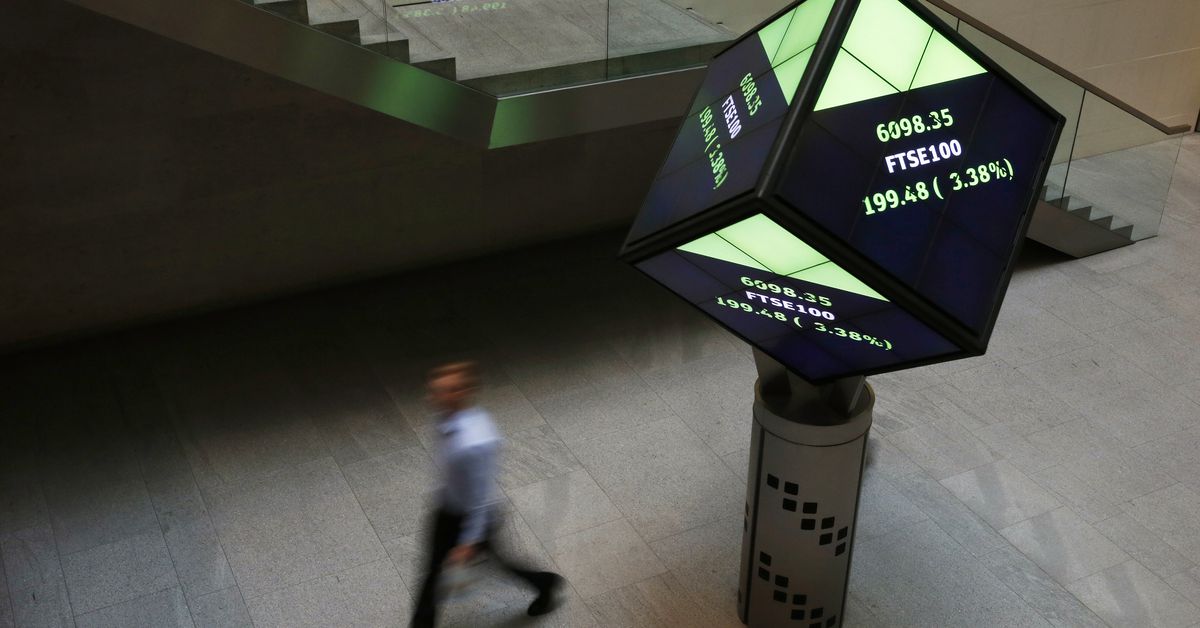 A man walks through the lobby of the London Stock Exchange in London, Britain August 25, 2015. REUTERS/Suzanne Plunkett

Oct 11 (Reuters) – UK’s FTSE 100 climbed on Monday, helped by heavyweight mining and energy stocks, while a stronger pound on the back of rising inflation and interest rate hike bets limited further gains.

“The problem that policymakers are facing is that the sources of inflation what previously would somewhat seem temporary are becoming sustainable,” said Stuart Cole, head of macroeconomics at Equiti Capital.

The pound strengthened 0.4%, limiting gains in the export-focussed FTSE 100.

Banks (.FTNMX301010) added more than 1% as bond yields jumped across the curve after Bailey said he was concerned about inflation shooting past the BoE’s 2% target. The benchmark 10-year bond yield jumped to its highest since May 2019.

The FTSE 100 has risen about 10% so far this year on easy central bank policies and re-opening optimism, but the pace of gains has slowed recently as investors straddle the fence between rising inflation and rate hike pressures and steady gains in mining and energy stocks on strong commodity prices.