Miocic wanted Ngannou to stay in UFC for potential trilogy 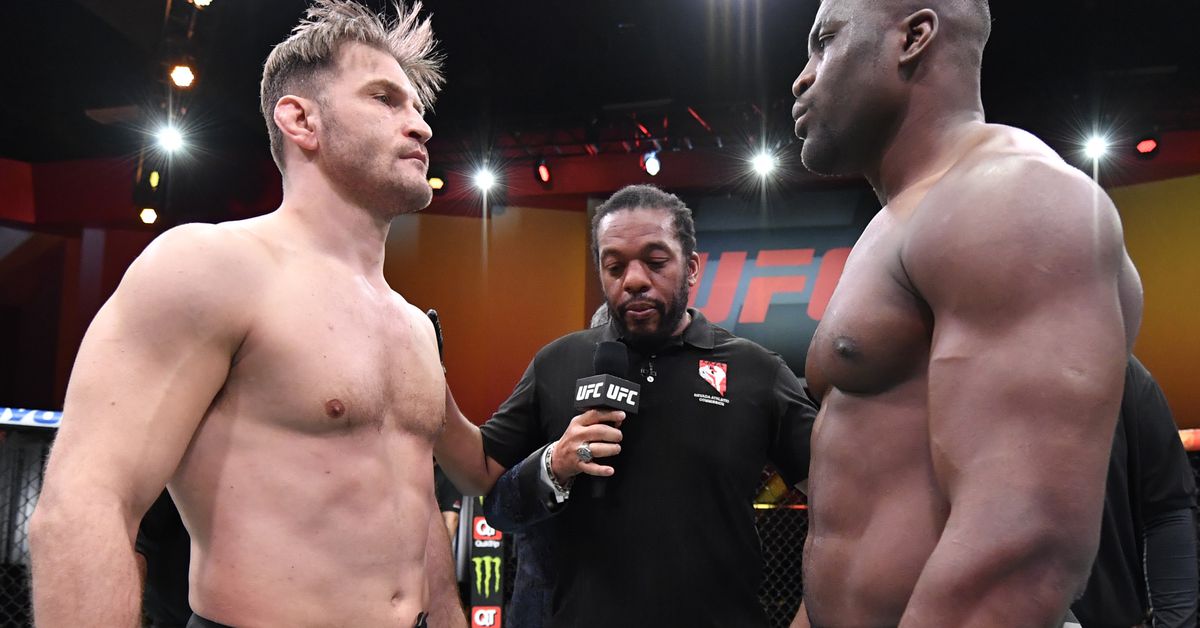 Stipe Miocic wanted Francis Ngannou to stay in the UFC so they could complete their trilogy.

Ngannou and the UFC failed to come to terms on a new contract, so the ex-champion was released. Prior to his release, the ‘Predator’ requested a three-fight contract, which would have included Jon Jones and Miocic. Now, neither of those fights are going to happen, and Miocic is disappointed.

“Unfortunately, Francis left,” said Miocic on The MMA Hour with Ariel Helwani. “I would’ve loved to fight Francis again, but it’s not going to happen.”

As disappointed as he is, Miocic sent well wishes to Ngannou, who enters free agency at the height of his professional career.

“It’s his decision,” said Miocic. “I wish he would’ve stayed because I would’ve loved another crack at him. It didn’t pan out that way, but he’s doing what’s best for him and his family. He thinks that’s the right way to go, and that’s his decision. I wish him nothing but the best and hope it works out.”

Ngannou and Miocic are tied up at 1-1 in their past two fights. The Strong Style Fight Team product gave Ngannou his first UFC loss at UFC 220. The Xtreme Couture representative fought his way into contention again, setting up a rematch with Miocic at UFC 260. This time, the Cameroonian finished Miocic by second-round KO to become the new UFC heavyweight champion.

With Ngannou leaving the UFC, Miocic has set his sights on the winner of Jon Jones vs. Ciryl Gane in his return to the Octagon.

About the author: Kristen King is a writer for Bloody Elbow. She has covered combat sports since 2016. (full bio)

José Aldo to be inducted into UFC Hall of Fame
UFC 283: Teixeira vs. Hill