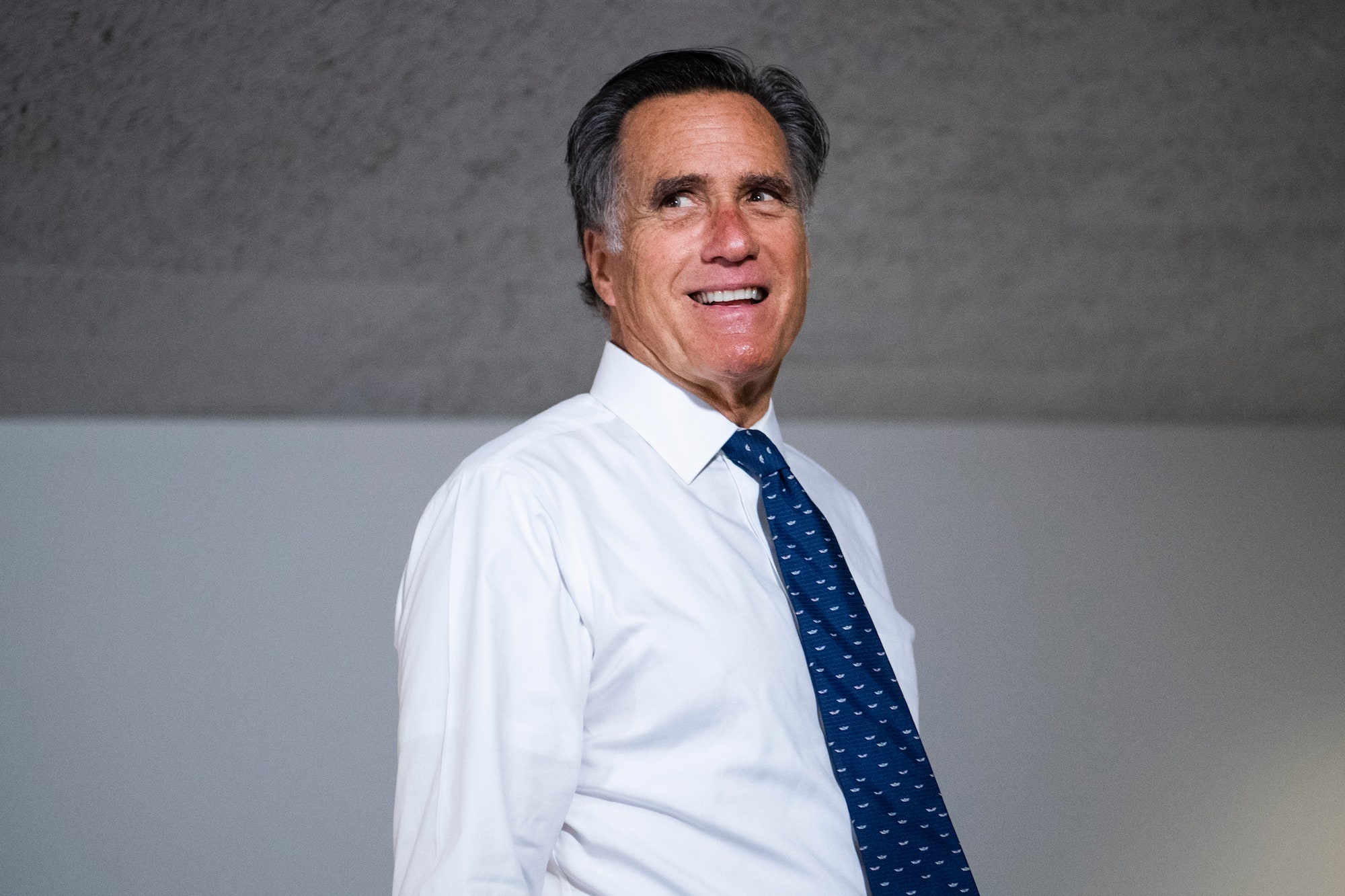 “I expected more of President Biden, who came into office with the stated goal of bringing the country together,” Romney added.

The analogy between Biden and his party, who seek to defend voting rights, and Trump, who is on a crusade to undermine them, is, of course, exceedingly disingenuous. But it appears to be an appealing line of attack for Republicans such as Romney, who won’t go so far as to parrot Trump’s easily-disproved conspiracy theories, but who still seek to capitalize on the voting restrictions that have grown out of them. Several GOP lawmakers have recently trotted out a similar argument, including Senate Majority Leader Mitch McConnell, who has also broken with Trump over his election fraud claims. “These changes wouldn’t bolster faith in our democracy or our institutions,” McConnell said in a recent floor speech, citing the record turnout in 2020 as evidence no voter protections are needed ahead of upcoming elections. “It would do the opposite. It would be a civic wrecking ball.”

While it is true that the last election was not “rigged” or rife with “fraud,” as Trump continues to claim, the landscape for voters has become more uncertain since then: Republican-controlled legislatures across the country have enacted laws making it more difficult to cast ballots, proponents of Trump’s Big Lie are vying for jobs overseeing the election process, and the former president has continued to undermine his base’s faith in the system. Republicans are, in short, trying to undo protections that helped make the last cycle so secure.

Biden calling out that underhanded campaign and pressing his party to fight back is not an assault on the democratic process — it is a defense of it. “The battle for the soul of America is not over,” the president said in Atlanta on Tuesday. “We must stand strong and stand together to make sure January 6th marks not the end of democracy but the beginning of a renaissance of our democracy.”

But the Republicans who have pledged to obstruct him at every turn, who are using the filibuster to prevent voting rights legislation from even being debated, and who have enabled or actively participated in Trump’s attacks on democracy, continue to accuse Biden of being divisive. McConnell on Wednesday went so far as to describe his Atlanta speech as “profoundly unpresidential.”

“The president’s rant yesterday was incoherent, incorrect, and beneath his office,” McConnell said. “A president shouting that 52 senators and millions of Americans are racist unless he gets whatever he wants is proving exactly why the framers built the Senate to check his power.”

But it’s not “demagoguery” to stand up to a demagogue, who still refuses to acknowledge that he lost his reelection bid and has attacked anyone who suggests otherwise. McConnell and Romney have repeatedly shot down Trump’s Big Lie, including in recent days, as Trump bashed Republican Senator Mike Rounds for merely acknowledging that “we did not win the presidency.” But they also want to have it both ways, distracting from the ways in which their party has kept that lie alive and used it for political gain.

“It’s just unbelievably amazing that he would equate Donald Trump and Joe Biden,” Senate Majority Leader Chuck Schumer said of Romney in an MSNBC interview Wednesday. “It’s just an absurdity, and Mitt Romney knows that. Mitt Romney knows that. He knows that Joe Biden and Donald Trump are not the same…They all gaslight. They say, ‘Oh, it’s Democrats who are doing the Big Lie.’ We’re not doing any lies. Every single thing we have pointed to that state legislatures are doing is happening and happening right now.”

Nicki Minaj Harassment Lawsuit Dropped
“This Is Not CNN 2”: Inside the Cable News Giant’s Streaming Dreams