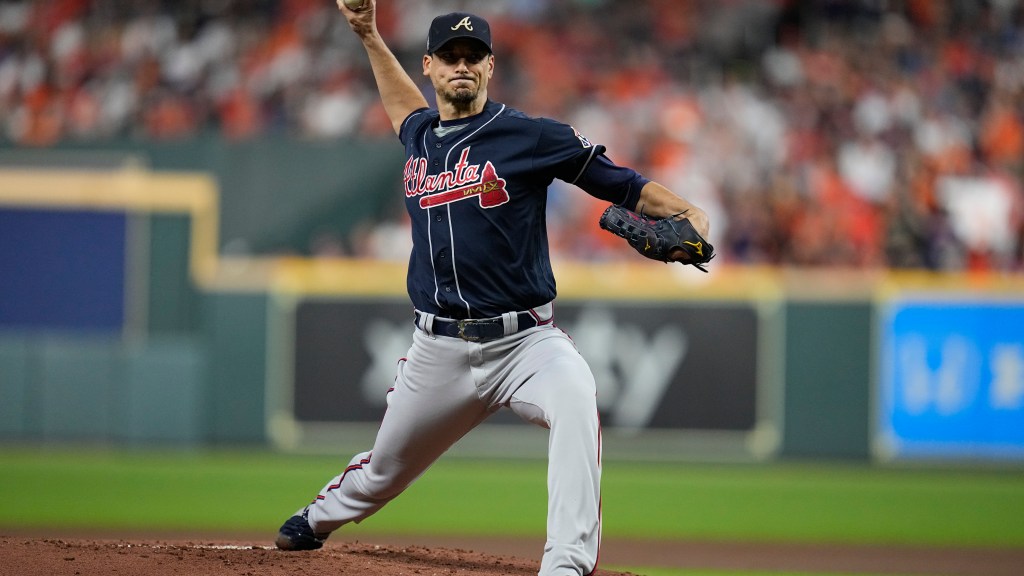 Things were going really well for the Atlanta Braves in Game 1 of the World Series… right up until Charlie Morton got injured.

On Tuesday, the Braves faced off against the Houston Astros in the first game of the 2021 World Series and early on, things were going great for Atlanta. Not only did Jorge Soler lead off the game with a home run, fans also got free tacos thanks to Ozzie Albies’ steal of second base in the first inning!

The Braves were flying high after the first three innings with a 5-0 lead over the Astros, then disaster struck. In the bottom of the second, starter Morton took a ground ball to his right leg and seemingly was able to shrug it off. Unfortunately, Morton had to be pulled the following inning due to injury, which we later found out was a right fibula fracture and that the Braves’ ace would miss the remainder of the World Series.

Talk about a tough break for Morton and the Braves. Here’s the play from the second inning which caused the injury to occur.

This was the Gurriel comebacker that got Morton’s shin in the second inning. My guess is he had to exit because the area swelled over the past inning. pic.twitter.com/NuV4Zm50Yh

The wildest part of it all was that Morton stayed in the game for the rest of the second inning then struck out Jose Altuve on a broken leg for his final out of the game in the next inning. In total, Morton made 16 pitches between two innings on that broken leg.

What a gutsy performance from Morton and what a pitch to strike out Altuve! Baseball fans were just as shocked and awed at Morton’s ability to gut out those last few pitches and secure the out for his team.

Charlie Morton struck out Jose Altuve on a broken leg. a BROKEN LEG.

Remarkable that Morton went back out and kept pitching an inning later, albeit for one batter. Terrible news for the Braves and for Charlie, who was so pleased and proud to have helped the Braves get here. They wouldn’t be here without him.

So Charlie Morton got three outs (with two strikeouts) with a broken leg? That guy is hardcore.

Athletes are on ANOTHER LEVEL.

Brutal news for the Braves and Charlie Morton. So sad to see this. https://t.co/MQBH8oML1d

Morton faced three more batters (and struck out two!) on apparently a broken leg. what the hell man https://t.co/ycWCQ0odbW

Charlie Morton fractured his fibula, got two more outs to finish the bottom of the second then WENT BACK OUT for the third and got a strikeout before coming out of the game.

Charlie Morton struck a dude out with a broken leg but ugh he broke his leg https://t.co/N82FVCd2qi

Charlie Morton striking out Altuve with a broken leg like: pic.twitter.com/7gaEeyrfuG

Charlie Morton threw 10 pitches on a broken leg, sat down for a half-inning, threw six more pitches, the last two of which were a 96-mph fastball and 80-mph curveball to strike out Jose Altuve.

So, yeah, Charlie Morton threw 16 pitches pushing off the mound with a broken leg.

Charlie Morton retired all three batters that he faced after fracturing his fibula, and struck out two of them. Remarkable.

Here I am. On my couch. Not wearing pants. Yawning every 30 seconds. Complaining about how sleepy I am. And this motherfucker Charlie Morton out here pitching with one damn leg. Broke his damn fibula, whatever that is, and said hang on, I gotta strike out this two legged dude.

Charlie Morton pitched an inning on a broken leg, most Phillies couldn’t pitch on consecutive days

Pitching and retiring all 3 batters with a BROKEN LEG in the WORLD SERIES is so badass.

Absolutely sucks that Charlie Morton’s season comes to an end like this, though obviously. Dude is a stud.