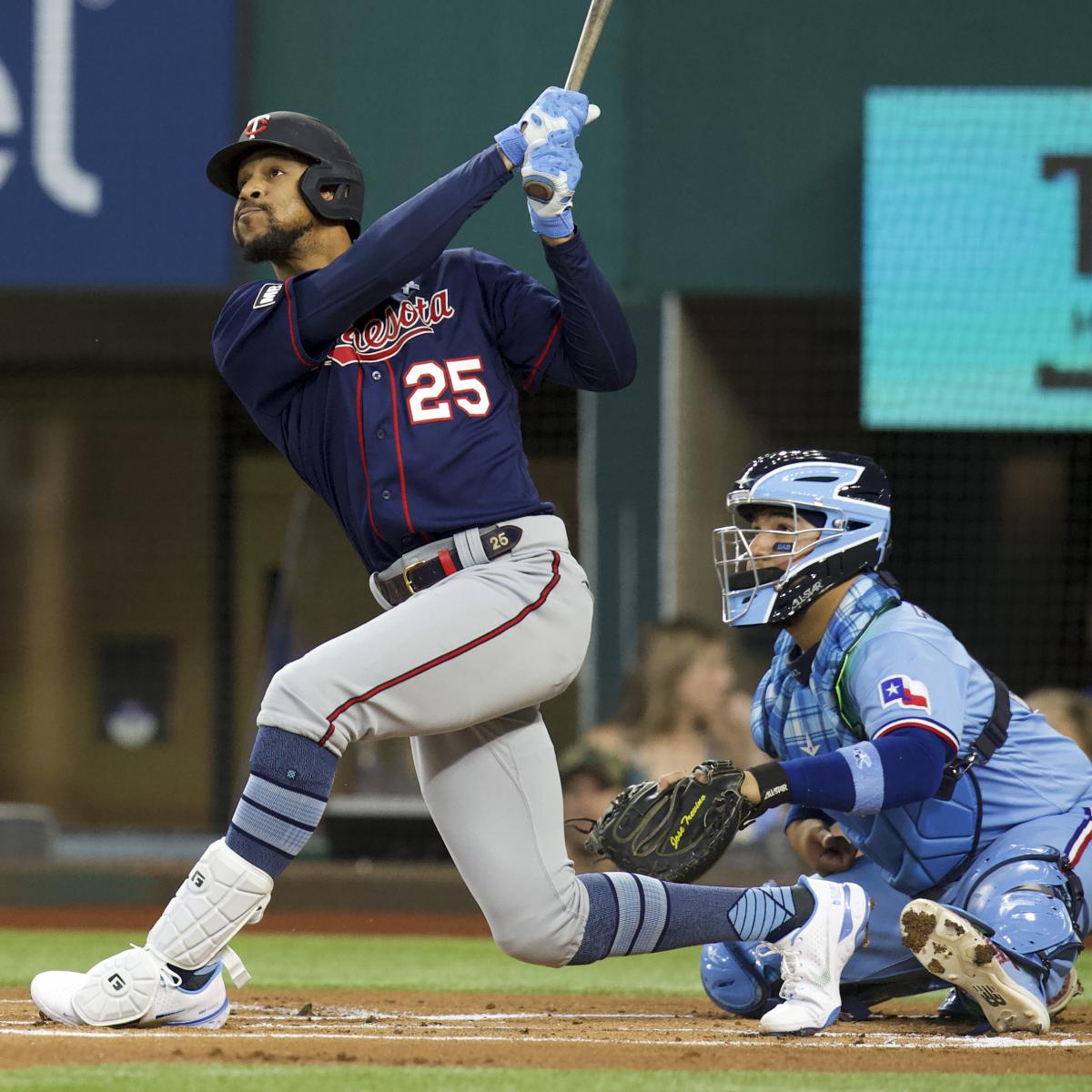 The All-Star break has officially concluded, but the hot stove is only just heating up.

The July 30 MLB trade deadline is less than two weeks away. Though there haven’t been a ton of huge moves as of yet, the picture is becoming clearer as it pertains to the teams most likely to buy or sell.

Here are some of the latest trade rumors around baseball, including Bryon Buxton’s future with the Minnesota Twins, the New York Yankees’ interest in Joey Gallo and some updates on the Chicago Cubs’ top trade assets.

The Minnesota Twins will almost certainly be sellers at the deadline. Whether they decide to part ways with center fielder Byron Buxton remains to be seen.

Ken Rosenthal of The Athletic reported the Twins have offered Buxton an extension somewhere in the range of $70 million. Buxton is slated to hit free agency after the 2022 season, and the Twins are trying to lock him up before he hits the open market.

Should Buxton decline the offer, however, Rosenthal reported he is “likely” to be dealt either ahead of the July 30 deadline or during the offseason. One team that could make an aggressive play for Buxton if he becomes available is the Philadelphia Phillies.

Philadelphia’s center fielders rank below league average in bWAR. Odubel Herrera is on the injured list with ankle tendonitis and had been struggling before hitting the shelf. Plus, Buxton is immensely talented.

The Twins star has 10 homers and a 1.176 OPS. However, injuries have limited him to just 27 games this season. He is currently on the IL with a fractured hand.

Buxton’s injury history is likely the reason the Twins “only” offered him $70 million. He could be headed out of Minnesota should he decline the extension offer, which might open the door for the Phillies and other interested clubs to get involved.

The New York Yankees are another club in need of outfield help.

Aaron Judge made the All-Star team and has been New York’s best player, but the Yankees are not getting a ton of production in center and left field. The Bronx Bombers might be hoping to add another big bopper to the mix.

Joel Sherman of the New York Post reported the Yankees have “consistently had eyes” for Texas Rangers outfielder Joey Gallo, who has been on a tear in the past month-plus. Can New York meet the Rangers’ asking price.

The Yankees are hardly alone in their interest for Gallo. Dennis Lin of The Athletic reported the San Diego Padres “covet” Gallo, and Sherman noted rival executives expect the Friars to keep a keen eye on Gallo’s market.

There is also the possibility the Rangers could elect to keep Gallo through the deadline. He will not be a free agent until after the 2022 season, and Texas might try to extend him this winter or simply deal him next summer.

Gallo has really come to life in the past couple of months. He had 10 homers and a 1.105 OPS in June and hit five more homers with a 1.488 OPS in his first eight games in July.

The Yankees rank 20th in runs per game and could use another run-producer. Brett Gardner and Clint Frazier have combined to produce -0.4 fWAR, which would seem to point to the need for an upgrade either in center or left. New York could also use another left-handed bat.

Gallo checks all of those boxes, though it’s unclear whether any team will be able to assemble a package convincing enough for the Rangers to move him.

The Cubs traded outfielder Joc Pederson to the Atlanta Braves in exchange for first baseman Bryce Ball. Pederson was a prime candidate to go because he is on an expiring contract, though he is far from the most high-profile player the Cubs could look to trade in the next couple of weeks.

Jon Heyman of MLB Network reported Cubs All-Stars Kris Bryant and Craig Kimbrel are both on the block. Bryant will be a free agent this winter but could still fetch a decent haul because of his defensive versatility as a guy who can play all three outfield positions as well as either corner infield spot.

Kimbrel will likely bring back even more talent. Chicago’s closer has a 0.57 ERA in 33 appearances and has converted 20 of his 22 save opportunities. Elite relief pitching often comes at a premium at the deadline, making Kimbrel perhaps the most valuable trade chip on the market.

Bryant and Kimbrel aren’t the only two Cubs stars who could be changing uniforms. Shortstop Javier Baez and first baseman Anthony Rizzo will also be free agents at the end of the season.

Heyman reported there are “signs” the Cubs might try to extend Baez and Rizzo before making them available in trades, but Russell Dorsey of the Chicago Sun-Times noted Cubs president of baseball operations Jed Hoyer said the team would have those discussions with all impending free agents.

In other words, Chicago’s deadline plans are still a mystery, which could make the Cubs the team to watch before July 30.

All stats obtained via Baseball Reference or FanGraphs unless otherwise noted. Stats are accurate prior to the start of play on July 16.