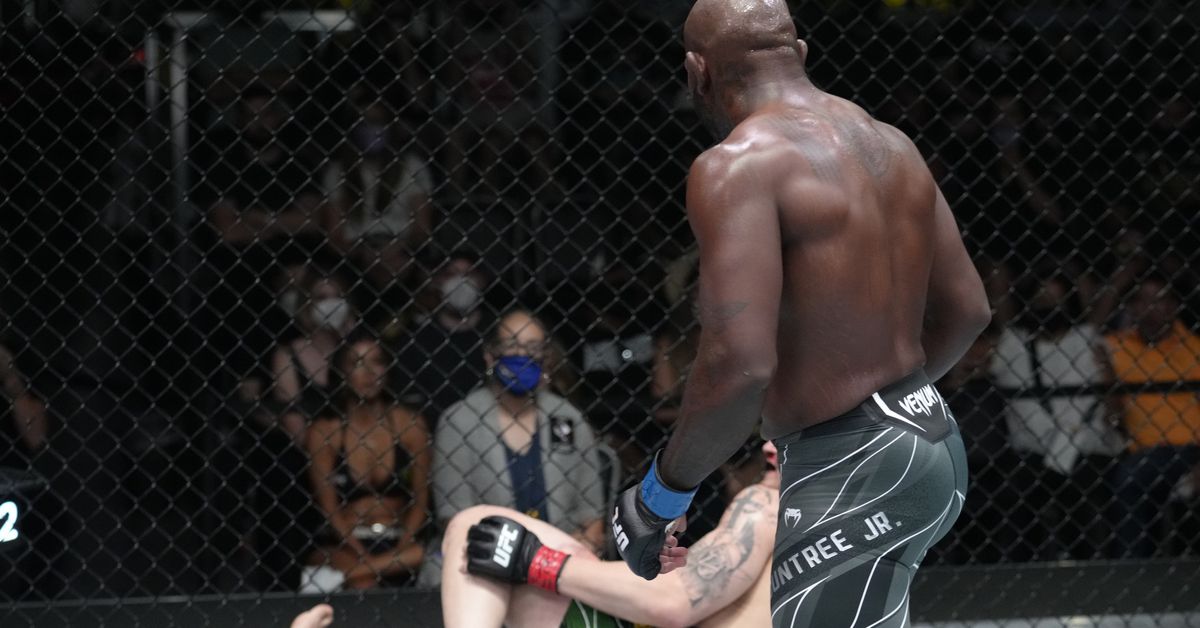 In the simplest of terms, the technique is a push kick to the front or the inside of the knee of an opponent, while that individual has their foot planted on the canvas. When landed correctly, the energy of the kick is absorbed by the knee.

Dr. David Abbassi describes the (completely legal) technique, “…really targets the structures of the inside (of the knee) such as the MCL or medial collateral ligament, the medial meniscus… and that can actually rip off the back of the capsule, or the lining, of the knee joint. The next thing that would get stretched out would be the ACL (anterior cruciate ligament), which is the middle of the knee, which helps with rotational stability.”

“If you have those three things torn, we call that an unhappy triad, because it’s a very severe injury that’s going to require orthopedic surgeries and a lot of rehab and a lot of time missed because of such an injury.”

Many MMA fighters spoke out about the technique after UFC Vegas 36. The uproar got the attention of the Association of Boxing Commissions. Bloody Elbow reached out to Mike Mazzulli, the president of the ABC, about the possibility of the organization looking at the technique. Mazzulli, who is also the Director of Athletic Regulation for the Mohegan Tribe, replied that the ABC MMA Rules Committee would look at the strike and that Andy Foster, who is the executive officer of the California State Athletic Commission, is the chairman of the Rules Committee.

Mr. Foster told Bloody Elbow via email, “The MMA Rules Committee will take this topic up at the next meeting for discussion and further review. There are no immediate plans to implement any rule changes in the Unified Rules of Mixed Martial Arts.”

It must be noted that Bukauskas held no ill will toward Rountree after the event. He said, “That kick was all good, it was my job to defend and I didn’t. Let the man enjoy his victory.”