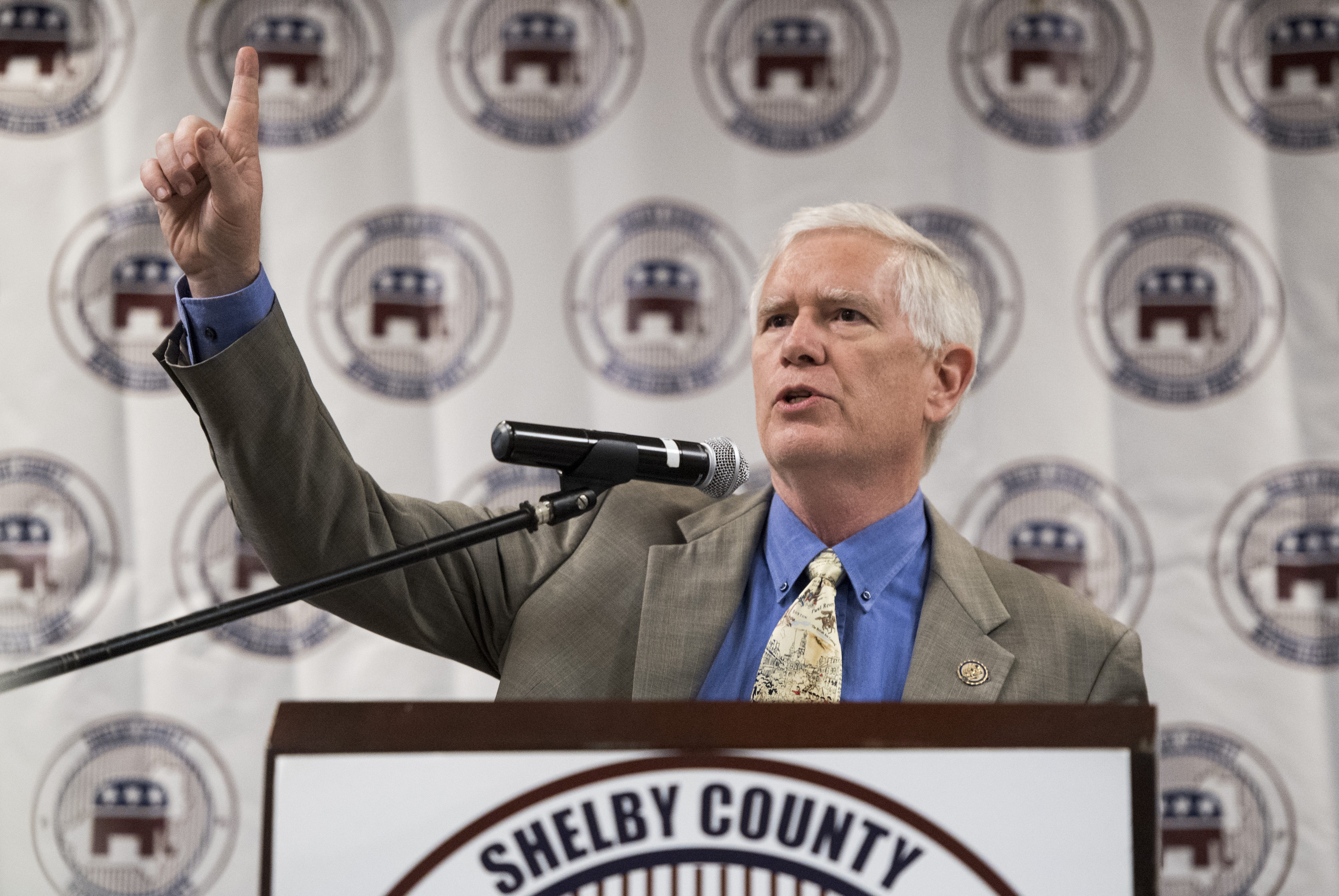 Rep. Mo Brooks, R-Ala., the pro-Trump election-denier who lost his re-election bid this week, on Wednesday said that he’d be willing to publicly testify about January 6 to the House select committee if subpoenaed.

“My basic requirement is it be in public so the public can see it — so they don’t get bits and pieces dribbled out,” Brooks told CNN. The lawmaker added that he would want to view any documents that he might be questioned about and that he would speak only about issues related to the events of January 6, 2021.

According to Committee Chair Bennie Thompson, D-Miss., Brooks has yet to be officially served by a subpoena. Thompson told CNN that the panel is “in the process of either redoing it or it’s out the door already.” Thompson also told The Hill that the Republican lawmaker had not been subpoenaed earlier because the committee “couldn’t find him,” most likely because Brooks was on the campaign trail.

Brooks, who was elected in 2011, is a staunch Donald Trump supporter. He was one of the first House Republicans to challenge the results of the 2020 election. During the month of December 2020, shortly after Trump’s election loss, Brooks took part in a spate of meetings with Trump’s inner circle, who sought to strategize how the election could be reversed in Trump’s favor, according to Politico.

A month later, on the day of the Capitol riot, Brooks featured as one of the speakers at the “Stop the Steal” rally, where, secretly wearing body armor, he told the crowd, “Today is the day American patriots start taking down names and kicking ass.” Since then, Brooks has become a defendant in two lawsuits – respectively filed by D.C. Attorney General Karl Racine and Rep. Eric Swalwell, D-Calif. – alleging that he helped a lawmaker incite the ensuing insurrection. Swalwell’s suit has since been dismissed.

Apart from speaking at the event, there is also evidence that Brooks may have helped pull it together. Last October, Rolling Stone spoke with two rally organizers who alleged that they were in direct communication with Brooks’ staff prior to January 6. Shortly after that report, the conservative lawmaker claimed that he “didn’t know” if his staff played any role in organizing the event but added that he would “be proud of them for helping to put together a rally lawful under the First Amendment at the ellipse to protest voter fraud & election theft.”

Up until this week, Brooks has for the most part parried any efforts to uncover his role in January 6. Last month, the Republican lawmaker called the select committee’s investigation a “witch hunt” and denied ever being served a subpoena, even though the panel claimed at the time that they had sent him one.

“I don’t want this witch hunt committee and [Speaker] Nancy Pelosi [D-Calif.] trying to interfere with a Republican primary election for the United States Senate in Alabama,” he said during a Fox News interview.

RELATED: GOP congressman says he would be “proud” to learn his staff helped plan “Stop the Steal” rally

On Tuesday, Brooks lost his re-election bid to GOP challenger Katie Britt in a primary runoff. Brooks’ defeat came after Trump rescinded his endorsement of the incumbent and gave it to Britt instead.