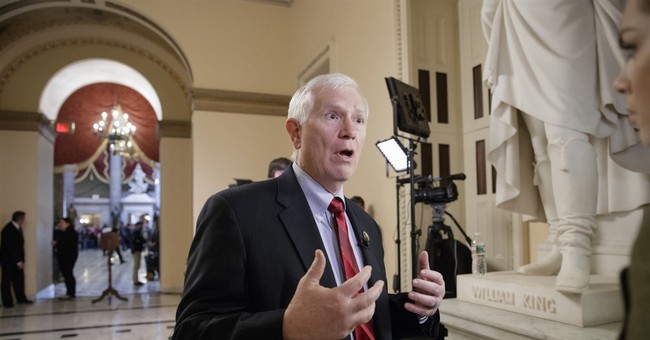 The anonymously sourced “report” centered around the supposed revelation that some of the so-called organizers and planners of the January 6th Trump rally purportedly met with some Republican members of Congress, where they allegedly “participate[ed] in ‘dozens’ of planning briefings ahead of that day when Trump supporters broke into the Capitol as his election loss to President Joe Biden was being certified.”

As Bonchie correctly pointed out in his write-up, there was simply no “there” there in the Rolling Stone “bombshell” because the framing of the story was wrong. So what if Republican members of Congress and/or their staffers met with organizers of the Trump rally in advance of it? The Trump rally was NOT the Capitol riot, last I checked.

But the mainstream media and hardline Democrats desperate to smear Republicans over their supposed “participation and plotting” of the Capitol riot want you to think that, which is why we see even more bad framing here from CNN reporter Melanie Zanona, who tweeted today in response to the Rolling Stone article that Mo Brooks told her he wasn’t involved in, her words, “planning the Jan 6 rally” but that he said he’d be “proud” if he found out his staffers had had any help in planning the “lawful rally”:

Rep. Mo Brooks told me he had “no involvement” in planning the Jan 6 rally but said:

“I don’t know if my staff did.. but if they did I’d be proud of them for helping to put together a rally lawful under the First Amendment at the ellipse to protest voter fraud & election theft.”

The insinuation was clearly there that Brooks was actually saying he would be “proud” if his staffers helped plan the Capitol riot. But Brooks’ distinction there was very important. Trump’s rally in and of itself was indeed lawful. The Constitution says so. The Capitol riot, of course, was not.

Naturally, Democrats who believe this is the best “gotcha” they’ve been able to get their hands on since January 6th don’t see it that way, and accordingly, they pounced and seized on Brooks’ quote as “evidence” he at the very least supported if not participated in the so-called “insurrection.”

Here’s failed 2020 South Carolina Democratic Senate nominee Jaime Harrison – now the chair of the DNC – among the many making the conflation between the Trump rally and the Capitol riot:

No, I wasn’t involved in Jan 6th planning, but I just happened to be wearing body armor that day and by the way my staff may have helped. – Mo Brooks https://t.co/QD5BQUVnad

This is one of the most dangerous and disturbing developments to come from the various Democrat-led “investigations” into the events of January 6th. As Brooks noted, the Trump rally was a lawful rally regardless of the unfortunate riot that followed after it. By conflating the two, Democrats and the media are laying the groundwork to suggest that future rallies protesting election results will also be “dangerous for our democracy” – except when election deniers like Terry McAuliffe and Stacey Abrams hold such rallies, of course.

Keep in mind this conflation is coming from the same people who go nuts every time someone points out how violent many of the Antifa/BLM-led riots that took place last year were, because they don’t like to be reminded of their double standards on politically motivated riots. They’d go even more bonkers if people claimed that the people who planned the protests that took place last year also had a hand in planning the looting and destruction that sometimes happened during them.

To reiterate, conflating the Trump rally with the Capitol riot is a road we must not go down, because it will lead to a dead-end for free speech rights in our country on down the line, and I don’t have to explain why that should never, ever happen here.