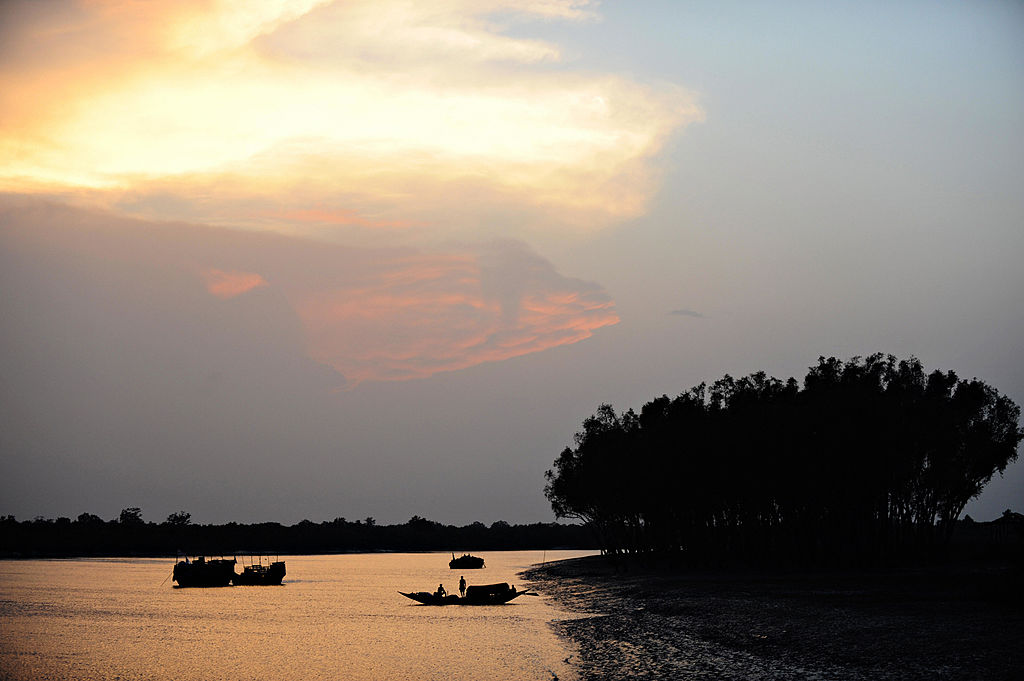 Our climate emergency is global, yet it does not affect everyone equally. For the Climate Vulnerable Forum (CVF)—a group of 48 countries spanning four continents—climate change is quite simply an existential threat. This is not hyperbole.

Small island states such as Vanuatu, the Maldives and the Marshall Islands are being engulfed by rising sea levels. The vast and low-lying Delta region of Bangladesh, home to and food basket for more than 160 million people, is being poisoned by saltwater infiltration and may soon become infertile wasteland. Extreme temperatures and severe droughts threaten to make large swathes of the Middle East, which is warming at twice the global average, uninhabitable. For the countries that make up the CVF, action on climate change, already urgent, simply cannot be delayed any longer.

According to the International Monetary Fund (IMF), between $6 trillion and $10 trillion needs to be invested over the next decade to green our economies. Yet most CVF members are least developed, low or at best middle-income developing nations. They need support through both funding and expertise to help devise adaptation strategies to counter the effects of climate change, which scientists warn are already locked in for centuries.

At the United Nations Climate Change Conference (COP26) in Glasgow, the CVF will ask greater ambition to keep the 1.5 degrees Celsius limit on warming, a matter of survival for many of the most vulnerable nations. We are also spotlighting the need to be more ambitious on adaptation because we are already living inside the eye of the storm that is the global climate emergency. And because of that, vulnerable nations are asking major emitting countries to join annual platforms at every U.N. climate conference to constantly raise ambition.

But for the poorer nations, funding is essential to realize ambitious goals. That is why developing nations have been so concerned that the climate finance promises at the U.N. of $100 billion in annual funding to developing countries is not being met. We are calling for the two pillars of annual ambition raising and a delivery plan on the $100 billion a “Climate Emergency Pact,” which we hope to see in the outcome of COP26.

First, we will ask that rich countries finally make good on their pledge before the landmark 2015 Paris agreement to provide $100 billion a year to fund carbon emissions reduction and climate-adaptation projects in the developing world. Because climate-vulnerable countries are already living with the devastating effects of our warming planet, at least half of this funding—$50 billion a year—must be earmarked for adaptation. We can then work on ways to transform these billions into the trillions needed to allow countries to move from climate vulnerability to climate prosperity.

We know this is possible because investing in climate adaptation delivers great value for money. According to figures from the Global Center on Adaptation (GCA), investing $1.8 trillion in five key areas of early-warning systems, climate-resilient infrastructure, improved dryland agriculture, mangrove protection and increasing water resilience by 2030 could reap $7.1 trillion in benefits. And studies show that the benefits of adaptation almost always return more than double what they cost, and often more than five times as much.

Second, and with these returns in mind, we will ask that the private sector steps up with discounted and targeted funding.

Pension funds, with their $35 trillion in assets under management, and other banks and institutions that are custodians of the savings of millions of people, must look to direct their investments toward climate-change resilience. As part of this, we will encourage financial institutions to offer innovative instruments such as resilience bonds, lending made for specific resilience projects at below market rates, or debt-for-climate swaps where repayments are redirected from creditors toward domestic climate-change projects. Look to the Seychelles, for example, which has swapped some of its national debt (held by the Nature Conservancy) in return for creating the Seychelles Conservation and Climate Adaptation Trust.

Third, also at COP26, vulnerable nations are asking that the agreed revenues from carbon exchange schemes under the Paris agreement are channeled at the level of at least a 5 percent levy on transactions to countries suffering the worst consequences of climate change. They are often the ones who have done least to cause it. The monies raised from carbon abatement schemes could be substantial—and so make a substantial difference. Research suggests that the IMF recommended benchmark of a global $75-per-ton carbon tax is equivalent to $0.17 a liter extra at fuel pumps, which would generate $40 billion additional tax revenues annually across Africa alone.

Such redistribution is climate justice—and we will not succeed in curbing our carbon emissions unless the world’s poorest and most affected by climate change are shielded from the costs of the energy transition. We must stand together to survive.

Finally, we will ask that pandemic recovery resources be used with climate adaptation in mind, including some of the $650 billion of newly allocated IMF Special Drawing Rights (SDRs). These unprecedented resources should be channeled toward resilient infrastructure—roads and bridges that can withstand flooding, for example—and increased food and water security. Options are already being explored to channel SDRs from wealthier to poorer and more vulnerable member countries to climate-proof their economic recovery. A new Resilience and Sustainability Trust being considered for this purpose would be a very good start.

Bangladesh, for example, is already sharing best practices and adaptation knowledge with other climate-vulnerable countries through the GCA’s regional office in Dhaka. This includes its experience of adopting the Mujib Climate Prosperity Plan, which aims to ensure funds are used to promote green growth as well as that the country’s investment focus is on resilient infrastructure and renewable energy as well as the Climate Change Trust Fund which undertakes mitigation and adaptation programs to offset climate-induced impacts. Bangladesh spends, on average, 2.5 percent of its GDP or $5 billion each year on climate adaptation and resilience-building. Nearly 800 adaptation and resilience projects have been implemented across the country, including 12,000 cyclone shelters and 200,000 hectares of coastal green belts at a cost of $450 million.

To make the most of this co-operation, we also need more adaptation initiatives. The newly created Agriculture Innovation Mission for Climate (AIM4C), for example, was founded to help equip farmers on the frontline of climate change with new climate-smart solutions and tools. With its three objectives of increasing investment in agriculture innovation, enabling co-ordination and collaboration and increasing co-operation, AIM4C is in a position not only to enhance existing efforts but also encourage their expansion.

The response by governments around the world to the COVID-19 pandemic has shown what is possible when we face imminent peril. We must harness this same drive in our response to existential climate threats.

Greater ambition from the world is needed to fend off the climate crisis. Greater funding for CVF countries will enable them to move from climate vulnerability to climate prosperity. That will be good for the 48 countries in greatest peril right now, but also for all those facing increasing threats. It is quite simply the right thing to do.

Sheikh Hasina is prime minister of Bangladesh and chair of the Climate Vulnerable Forum.

Patrick Verkooijen is CEO of the Global Center on Adaptation.

The views expressed in this article are the writers’ own.