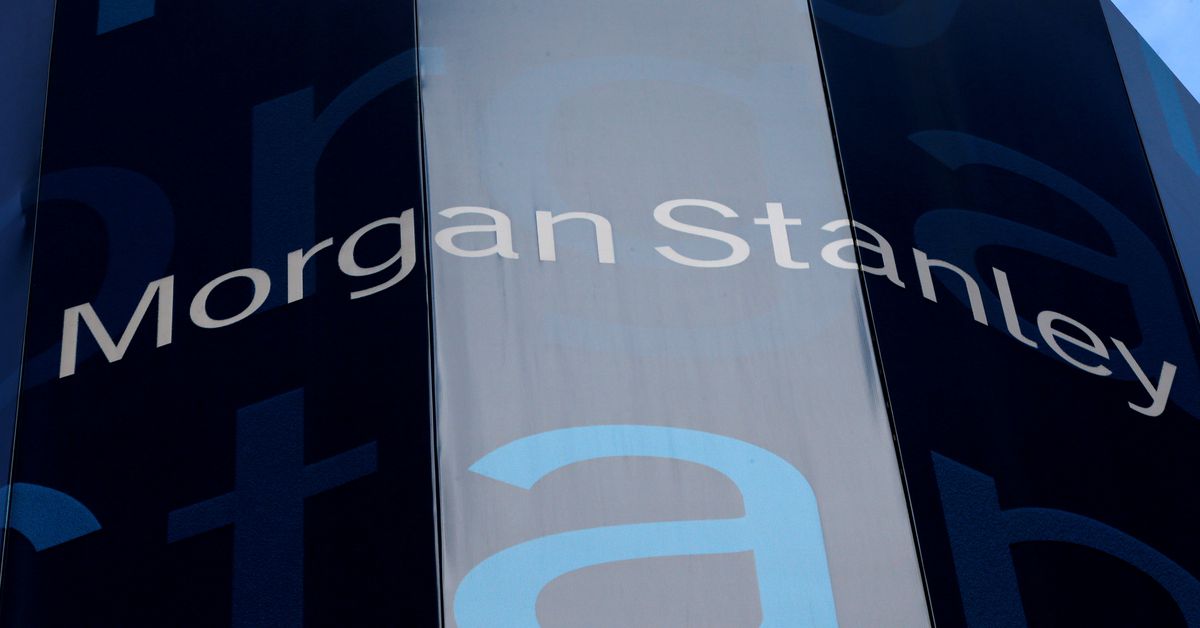 (Reuters) – For months, major law firms have been threading a pandemic needle, with policies that encourage a return to the office but emphasize a “new normal” of part-time remote work.

Some clients, it turns out, want the old normal. And that could complicate efforts to strike a balance between competing for business and competing for talent in a hot legal market.

Eric Grossman, Morgan Stanley’s longtime chief legal officer, set off consternation in the industry late last week with a “warning” to the bank’s outside law firms about their policies allowing remote work and “the lack of urgency to return lawyers to the office.”

His Thursday letter, which was reviewed by Reuters, said firms that get lawyers back to the office “will have a significant performance advantage over those that do not,” affecting their work for Morgan Stanley. To illustrate, he wrote that the bank “will not be accommodating Zoom participation in critical meetings.”

Grossman declined to comment through a spokesperson. The 54-year-old Davis Polk & Wardwell alum joined Morgan Stanley in 2006 as global head of litigation and worked his way up to CLO six years later. In 2019 he took home $10.75 million in total compensation, according to a 2020 company disclosure. (The bank didn’t disclose his 2020 compensation because he wasn’t among the its top five highest-compensated executives – a club that required a $17.5 million ticket last year, according to a securities filing.)

As a former Davis Polk partner, Grossman is no stranger to client demands. Former Manhattan U.S. attorney Robert Fiske, a senior counsel at the firm, told Reuters in 2012 that Grossman “had a knack for instilling confidence in big corporate clients” while serving financial institutions as a Davis Polk associate in the 1990s.

His memo on Thursday, meanwhile, displayed little confidence in the tentative, hybrid approach to office returns that’s been favored by many of the largest national and Wall Street law firms.

Some, like Weil, Gotshal & Manges and Latham & Watkins, have told employees to be back in the office by September on a full-time basis.

But many are incorporating some remote-work elements into their return-to-office plans. That includes Davis Polk, which has said lawyers should be in the office at least seven out of every 10 business days. Morgan Stanley turned to Davis Polk for its $13 billion acquisition of discount brokerage E*Trade Financial Corp last year.

Law firm leaders and industry consultants have also pointed to the continuing uncertainty of the pandemic, with cases now rising again among the unvaccinated.

“Most clients appreciate that we are in the middle of a global public health crisis that is now worsening in the U.S. and many countries,” said Zeughauser Group consultant Kent Zimmermann.

Already, more than 270 associates have left the 10 most profitable New York law firms this year, with many going to new cities, smaller firms, or firms more tied to Silicon Valley than Wall Street, according to a Reuters analysis last month.

To be sure, law firm managers have raised concerns that it’s difficult to train junior talent and maintain a cohesive culture without a physical presence in the office. The question is how much is necessary.

Wilson Sonsini Goodrich & Rosati chief operating officer Chris Boyd praised the benefits of in-person working to clients and the firms lawyers in a June interview, but still said five days a week in the office likely “will never be the expectation” again.

Q&A: Wilson Sonsini’s optional 2021 office return, and what comes next

Elite N.Y. firms are in a battle for talent. Could they all be losing?

David Thomas reports on the business of law, including law firm strategy, hiring, mergers and litigation. He is based out of Chicago. He can be reached at d.thomas@thomsonreuters.com and on Twitter @DaveThomas5150.