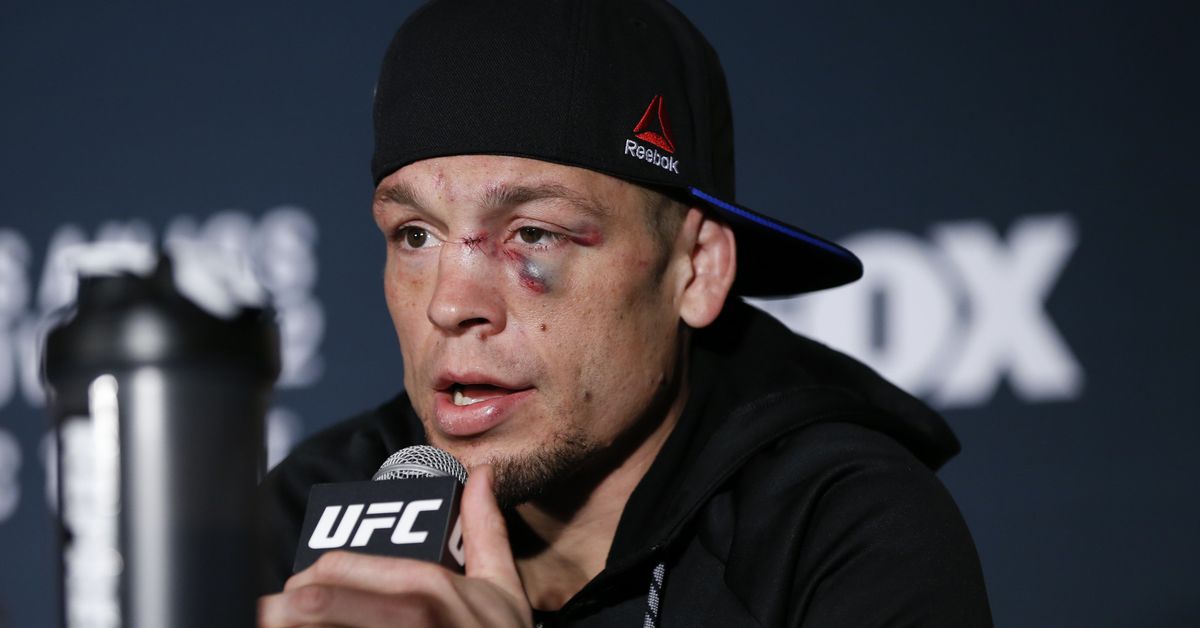 This Saturday, Nate Diaz makes his return to the cage after a 19-month layoff when he faces Leon Edwards at UFC 263. When the fight was first announced, it came as a bit of a shock to fans as Diaz’s star power means he has his pick of the litter for possible opponents to return against and Edwards seems like a high-risk, low reward option. However according to Diaz, the reason he chose to face Edwards is as much about timing as it is about record.

“I was waiting for this whole world to speed back up,” Diaz told ESPN. “I wasn’t really waiting, I was just trying to get on a good card where everything was happening again, where there’s full crowds, and it was time to go and he’s the one who is winning and doing a good job. He’s got an impressive little record and career going on so let’s take that s***.”

Edwards is one of the best welterweights in the world but despite that fact, and despite his nine-fight unbeaten streak, “Rocky” has yet to capture the imagination of fans and as a result, over the last few years Edwards has struggled to secure fights with top-ranked welterweights. In Diaz, Edwards gets his most high-profile opponent to date and for Diaz, who is one of the biggest stars in the sport, Edwards’ Q Score doesn’t matter as much and his impressive record and ranking means a win could vault Diaz to a title shot against Kamaru Usman next. Usman himself has basically said as much, and with the UFC making this bout the first non-title, non-main event in UFC history to be scheduled for five rounds, it seems that they too may be setting up the winner for a welterweight title shot. However, first Diaz has to get the win, something oddsmakers, fans, and fighters are not giving him much chance to do. For all those people, especially his fellow fighters, Diaz has a simple message:

“That’s been my whole career is s*** like that,” Diaz said. “If any of the fighters, to all the fighters out there saying anything about me, if it’s not positive as a motherf***er, then shut the f*** up and f*** you. That’s what I think about you. That’s how my whole career has gone and been. If you ain’t got nothing nice to say, don’t say at all because hat’s how I work, anyway. I don’t got nothing nice to say, I keep my predictions and all that s*** to myself because all those guys that are saying about me losing, they’re not s*** themselves.”

Diaz is hovering around a +400 underdog to Edwards, but Diaz has thrived in this position before, most notably when he upset Conor McGregor at UFC 196 in one of the most memorable bouts in UFC history. And on Saturday, Diaz plans to do so again.

“I just want to come and put on a good show and get the job done,” Diaz concluded. “I hope everybody leaves with their head on their shoulders but I’m coming to kill for sure.”

REEM. Alistair Overeem signs with GLORY to return to kickboxing after exiting the UFC earlier this year.

Sure. Dana White: ‘It looks like Nick Diaz will fight this year’.

The Rise of Deiveson Figueiredo.

In a remarkable Tapology first, a fighter is trying to remove a loss from their record by amateurishly photoshopping a random guy’s head onto the original fight poster, and sending it to us as proof that he wasn’t in the fight.