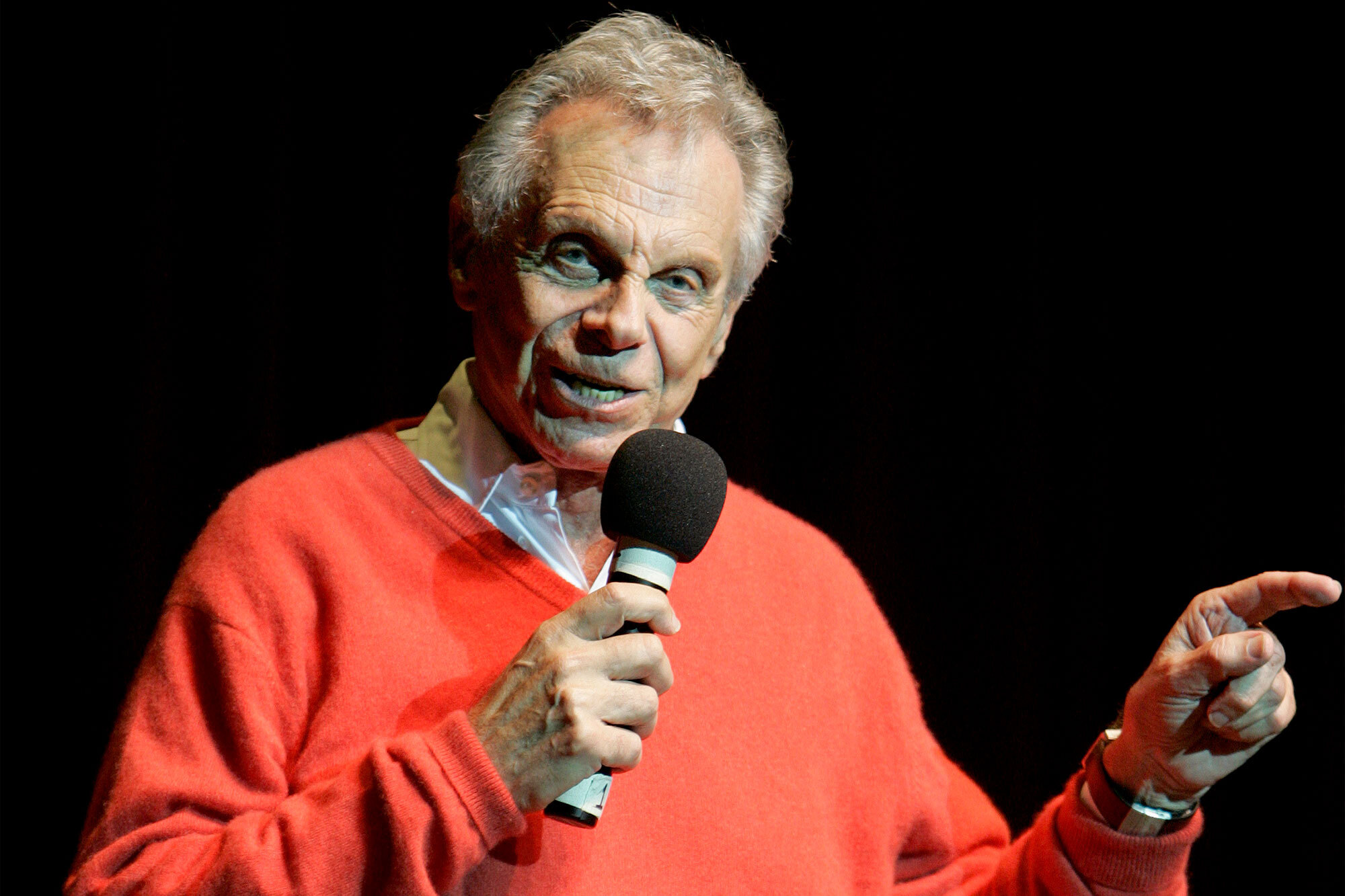 Stand-up comedian Mort Sahl has died on Tuesday at his home in Mill Valley, CA. He was 94.

“One tentative way of describing Mr. Sahl might be to call him a kind of Will Rogers of the beat generation,” wrote Richard Watts Jr. in an April 1958 edition of The Post. Watts watched Sahl perform in person during a show called “The Next President” at the Bijou Theater.

“Carrying a newspaper and with his shirt open at the neck, his vocabulary bristling with the lore of the up-to-date young intellectual, he chats with the audience freely brightly and pungently,” Watts explained, “giving without fear or favor his views of the contemporary world and the people running it from the standpoint of the uninhibited and untamed political liberal.”

The satarist died “peacefully” of “old age’ according to friend Lucy Mercer whom confirmed his death to the Associated Press. He paved the way for countless future comics such as Lenny Bruce, Richard Pryor, David Chapelle and George Carlin.

“I would never have been a cabaret comedian at all, if it hadn’t been for him,” director Woody Allen wrote in his 1994 book, “Woody Allen on Woody Allen: In Conversation With Stig Bjorkman” adding that before Sahl, “All these comedians were very, very formula.”

The “Annie Hall” filmmaker continued, “They’d all come out in a tuxedo and would say, ‘Good evening, ladies and gentlemen,’ and there was no sincerity to any of it. And they would do silly little jokes. … They would do golf jokes, because the president played golf. And suddenly, in this small cabaret, this comedian comes along, Mort Sahl. He was a nice-looking guy in a certain way, very intelligent. And highly, highly energetic, like hypermanic. And a spectacular phrasemaker, but of an intellectual type.”

Morton Lyon Sahl was born on May 11, 1927, in Montreal, to a Canadian mother and a father whom worked at tobacco shop in New York. The family would move to California when Sahl was still a young child. After joining the Air Force. He graduated from USC in 1950.

The Canadian native got his start in 1953 at the iconic “hungry i” nightclub in San Francisco. Sahl made history in 1955 when he dropped the first comedy album with his album “Mort Sahl at Sunset.”

He made history again in 1960 when he became the first comedian to appear on the cover of Time magazine and later that year, he released the record “Mort Sahl at the Hungry I” which it reached No. 22 on the Billboard 200. His 1973 disc, “Sing a Song of Watergate” came at No. 145.

A quintessential host to many nationally televised ceremonies such as the Grammys and the Academy Awards, Sahl ruled the stage at the 31st annual Oscars in 1959 and was the first host ever to emcee the Grammys that same year.

“He was absolutely like nothing anybody had ever seen before. And he was so natural that other comedians became jealous,” Allen wrote in his book. “They used to say, ‘Why do people like him? He just talks. He isn’t really performing.’ But his jokes came out as stream of consciousness, in a kind of jazz rhythm.”

In the 2000s, Sahl moved to Mill Valley where he befriended the late Robin Williams who lived nearby.

Ever the ladies man, Sahl was married three times and had one son, Mort Jr. whom passed away at 19 in 1996 from an unknown drug-related reaction.

His net worth reached $1.6 million at the peak of his fame.