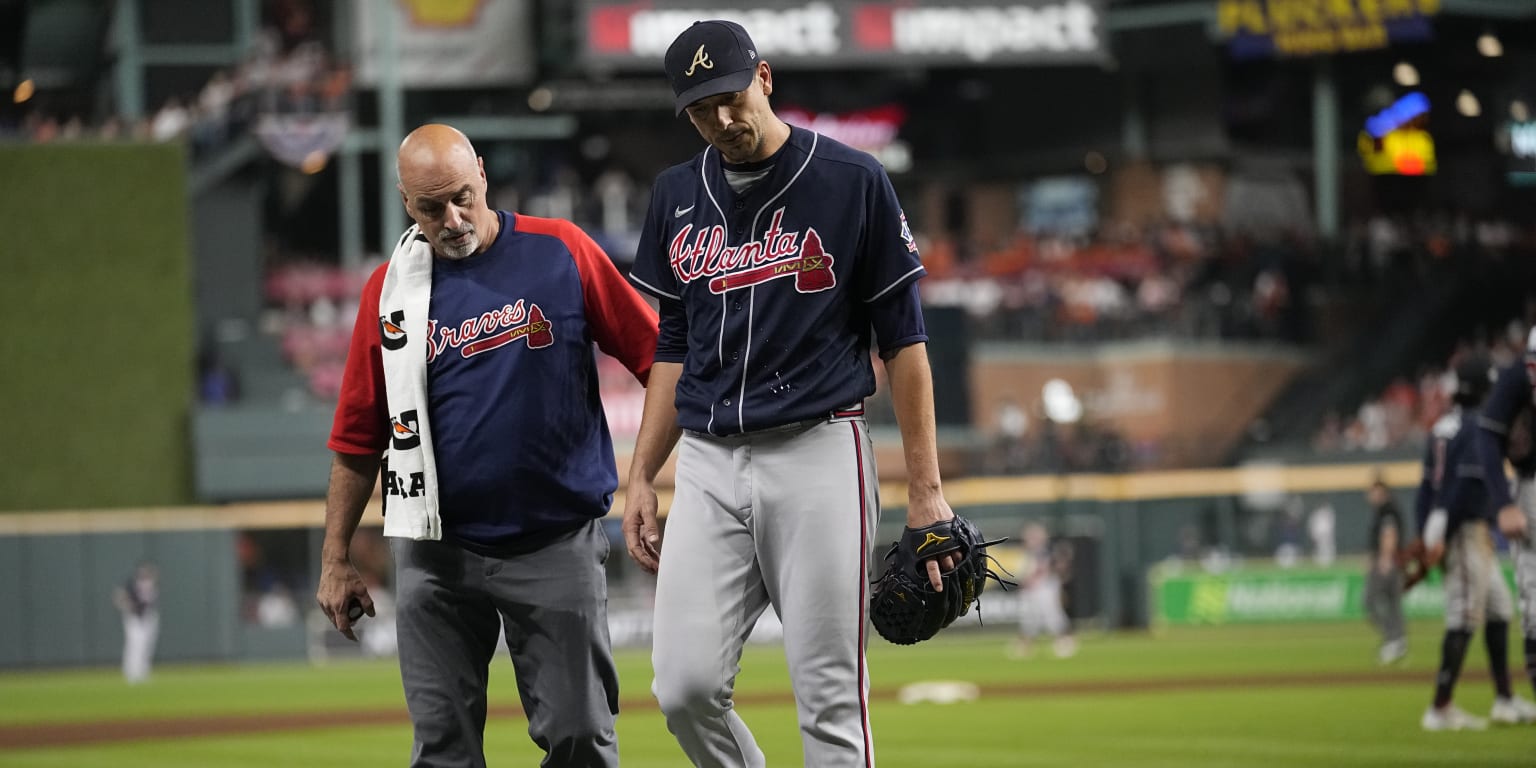 HOUSTON — Charlie Morton proved in Game 1 of the World Series that he’s everything his current Braves teammates and his former Astros teammates have been saying about him. They called him a postseason warrior. They described him as an all-time great teammate. It’s all true.

Now his season is over and the Braves have to fill the considerable void he leaves behind.

Morton suffered a fractured right fibula after being struck on the shin by a 102.4 mph Yuli Gurriel comebacker in the second inning of Atlanta’s 6-2 win on Tuesday, and while he remained in the game to finish that inning and somehow get the first out of the third, Morton’s final 2021 pitch was the curveball he spun past Jose Altuve for a called strike three.

Just like that, Morton’s scoreless World Series start was over. Just like that, the Astros weren’t the only team facing a pitching crunch before the third inning of Game 1 was complete.

Morton underwent X-rays at Minute Maid Park that revealed the fracture, and the Braves announced he would miss the remainder of the World Series. The club said it expects him to heal in time to fulfill a $20 million contract extension for 2022 that was struck between the Braves and Morton early last month.

“It’s incredible that he even thought of going out there, and I bet you it was so A.J. [Minter, the left-hander who came on in emergency relief] could have some more time to get ready. He sacrificed himself,” Braves catcher Travis d’Arnaud said. “I don’t think he knew it was broken right away, but he knew it was hurting. For him to sacrifice himself to make sure A.J. was ready and for him to strike out Altuve is incredible.”

“Obviously, it was extremely challenging for us,” Braves designated hitter Jorge Soler said. “We saw him getting treatment and getting worked on. He went back out there to pitch on that broken leg. It was really challenging and emotional for us to have to see him in the game being hurt, our World Series opener, our starter.”

Morton’s abrupt exit represented a dramatic turn of events after Atlanta took a 5-0 lead while chasing Houston starter Framber Valdez in the top half of the same inning, and a cruel twist for Morton, the former Astro who was the only Atlanta player welcomed warmly during pregame introductions ahead of Game 1.

Now the Braves were similarly scrambling to game plan the remainder of the night and the Series. Notably, they opted to include right-hander Kyle Wright, a 26-year-old who made 24 starts this season at Triple-A Gwinnett, on the World Series roster submitted Tuesday morning in the interest of having extra length, after leaving Wright off the roster for the first two rounds of the postseason.

The Braves will be allowed an injury replacement on their roster as early as Wednesday. They are starting left-hander Max Fried in Game 2 and are widely expected to start right-hander Ian Anderson in Game 3, but Game 4 on Saturday was already a question mark before Morton’s injury.

With Drew Smyly already on the roster, the Braves could use him as their Game 4 starter or allow him to follow Jesse Chavez, who would be used as an opener. But this sets up the likelihood the team would also have to go with a bullpen game in a potential Game 5, unless they were willing to give a start to Wright, Muller, Toussaint or Davidson.

That effort began with Minter, whose 43 pitches represented a career high.

“It hurts losing Charlie,” Minter said. “What he’s been to this team all year, everyone knows Charlie, his career, he’s a hero in the postseason. So it’s definitely a blow losing him Game 1. But if you’ve been watching us all year, we’ve just been answering the bell and overcoming adversity all year. We’re just going to treat it the same way, next guy up.”

d’Arnaud referred to Morton’s loss in one breath as “a little speed bump,” and in another breath as something much more significant. But the World Series marches on.

“It’s tough losing Charlie,” d’Arnaud said. “The person he is in the clubhouse, the mentor he is in the clubhouse, especially this time of the year, is very valuable. For us to lose him in Game 1, it’s a dagger. But he’s still going to be there with us, cheering us on, and still trying to teach us everything that he’s learned along his path and his career.

“So it’s just a little speed bump, but I believe that all of us are going to just stay together, stay tight, and just keep loving each other.”