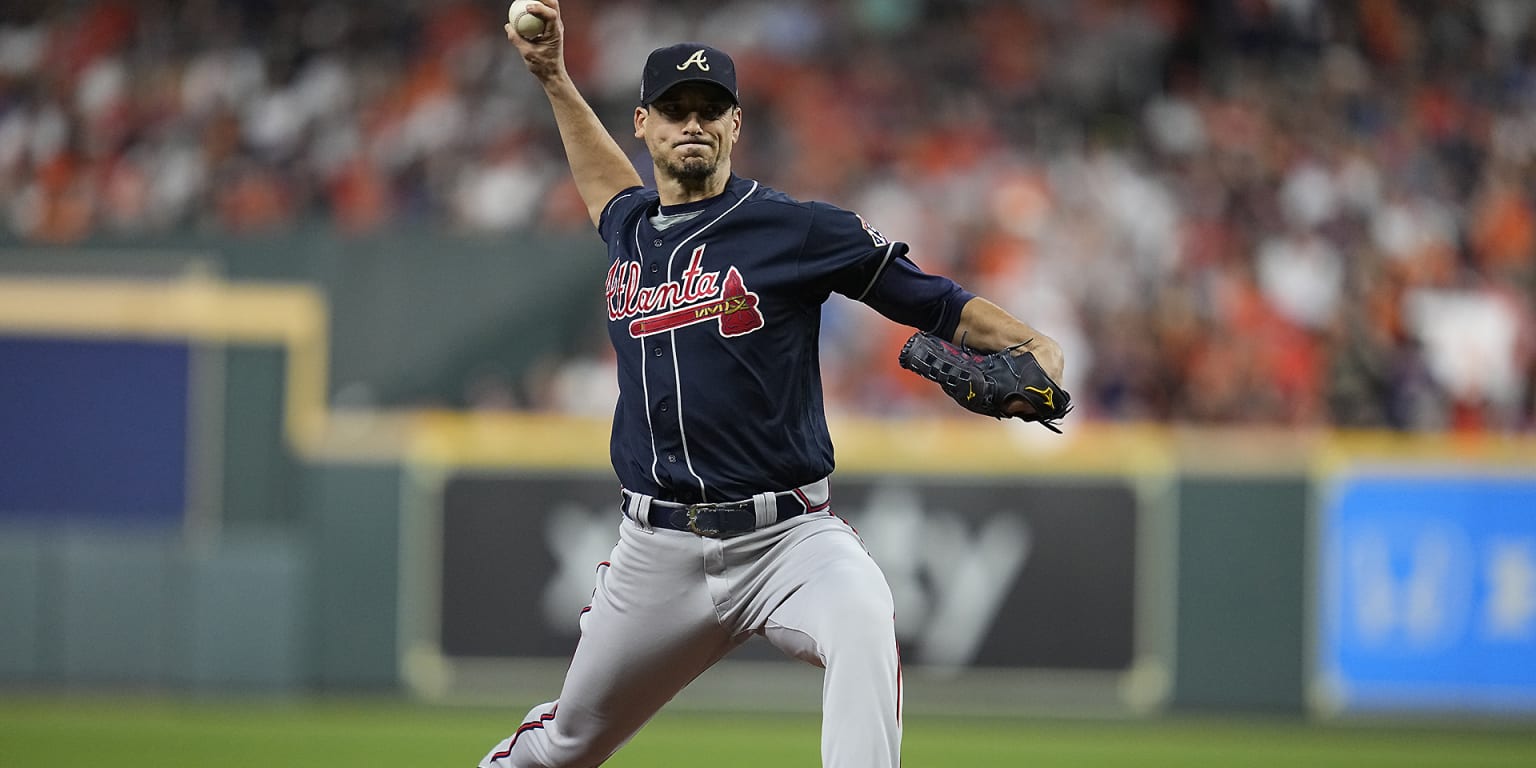 HOUSTON — The first pitch after Charlie Morton’s right leg was either fractured — or on the way to being fractured — was a sinker at 94.9 mph. His final pitch on a leg that now was most definitely fractured was a curveball that froze three-time American League batting champion Jose Altuve.

On baseball’s biggest stage, on a night he became, at 37 years old and change, the most seasoned World Series starting pitcher in 16 years, Morton threw 16 pitches on an injured fibula in his drive leg and retired all three hitters he faced. The Braves defeated the Astros, 6-2, to take a 1-0 lead in the Fall Classic.

“I mean, he struck out a guy on a broken leg,” said A.J. Minter, who found himself thrust into emergency relief after Morton’s early exit. “It’s pretty remarkable.”

“Gamer,” said Adam Duvall, who watched it all unfold from center field. “That’s the one word I would describe him as.”

“I can’t wait to give him a hug,” said Braves catcher Travis d’Arnaud.

It was an incredible performance, the wonder of which might have only been known to the men in the Braves’ dugout from the end of the second inning, after Morton was struck on the right shin by a 102.4 mph comebacker off the bat of Yuli Gurriel, to the start of the third, when he struck out Altuve before limping to the clubhouse for X-rays.

Here are the 16 pitches Morton threw while he was hurting:

For those counting along, that’s 10 pitches in the second inning, followed by a long rest while the Braves chased Astros starter Framber Valdez in a two-run top of the third, then a return to the mound for Morton and six more pitches to Altuve before the right-hander finally yielded.

Braves manager Brian Snitker wondered aloud after the game about when, precisely, Morton’s fibula was fractured; whether it happened on the Gurriel comebacker or whether that compromised the bone before it fractured on Morton’s final pitch. The Braves’ medical staff checked Morton while Atlanta batted in the top of the third, Snitker said, “and everything was good.”

“I mean, it was stressed, but he felt OK,” Snitker said. “I think a lot of athletes have done that. I saw a kid foul a ball off his foot one time when we were playing the Mets, and it took a while, but he went back in the box and hit a homer, and his leg or foot fractured rounding the bases.

“I don’t know [if] that’s all that uncommon with all these injuries in baseball, football, whatever.”

Either way, X-rays in the wake of Morton’s departure revealed the fracture, the Braves said Morton would miss the remainder of the World Series but be ready for 2022 Spring Training.

“I saw him limp,” said Astros left fielder Michael Brantley, who was on deck when Morton threw his final pitch. “The only thing I knew is they started warming up two guys in the bullpen. So I knew something had to be bothering him, but he came back out, and obviously he couldn’t finish that inning. But that was the only sign that I got that something might have been wrong.”

The Braves knew, however.

“When the [second] inning was over, we meet and talk about what’s going on,” d’Arnaud said. “He said, ‘Oh, that one got me good.’ He was kind of walking a little funny. I didn’t think it was broken. I just thought he took a line drive off of his leg. But to go out there and strike out the next guy with a broken leg, it blows my mind.”

While Morton ducked into the tunnel off the dugout to throw and move around and otherwise try to stay loose while Minter was among the relievers getting limber in the bullpen, Snitker or a member of the coaching staff instructed first baseman Freddie Freeman and third baseman Austin Riley to be especially alert for balls in play on the infield, since Morton was already having trouble moving around.

Morton, though, wanted to keep going.

“He said, ‘It kind of hurts more when I run. I feel good when I throw,’” Snitker said. “Then obviously, it didn’t.”

But Morton gave it a shot.

“That’s Charlie. He wants to be on this stage, God bless him,” Snitker said. “I hate it for him.”

“I think he cares about everybody in the clubhouse,” d’Arnaud said. “Everybody knows his pedigree, and you wouldn’t expect somebody with that pedigree to be that humble and that down to earth, that caring about every little detail about everybody, not just baseball, but their lives, their families.

“So, it’s definitely a tough, tough break for us. Like I said, I can’t wait to see him and give him a hug.”