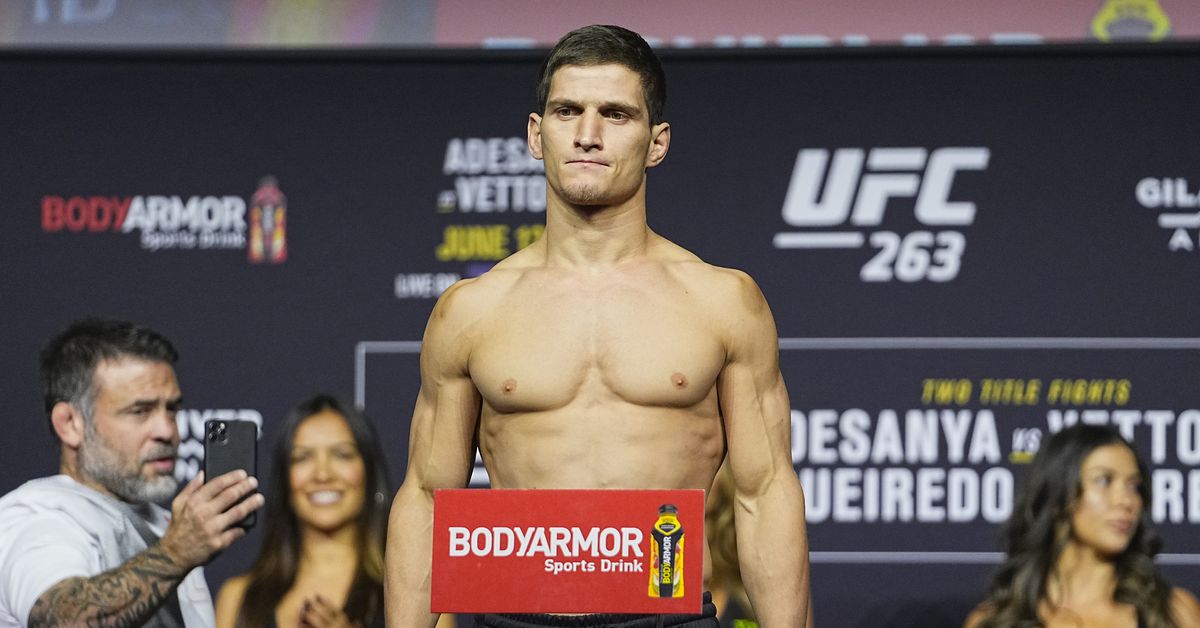 Two top featherweight prospects put their perfect records on the line this January.

MMA Fighting’s Mike Heck confirmed with sources with knowledge of the matchup that a bout between Movsar Evloev (15-0) and Ilia Topuria (11-0) is being targeted for UFC 270 on Jan. 22 at Honda Center in Anaheim, Calif. The matchup was first reported by the @redfurymma_official Instagram page.

Evloev—currently No. 13 in MMA Fighting’s Global Rankings—is 5-0 in the UFC so far, with wins over Hakeem Dawodu, Nik Lentz, Mike Grundy, Enrique Barzola, and Seung Woo Choi. All of Evloev’s UFC victories have come by way of decision.

Topuria is also unbeaten in the UFC, having knocked off Ryan Hall, Damon Jackson, and Youssef Zalal. The former Brave CF standout scored an impressive finish of Hall at UFC 264 in July, needing less than a round to put the grappling specialist away with strikes.