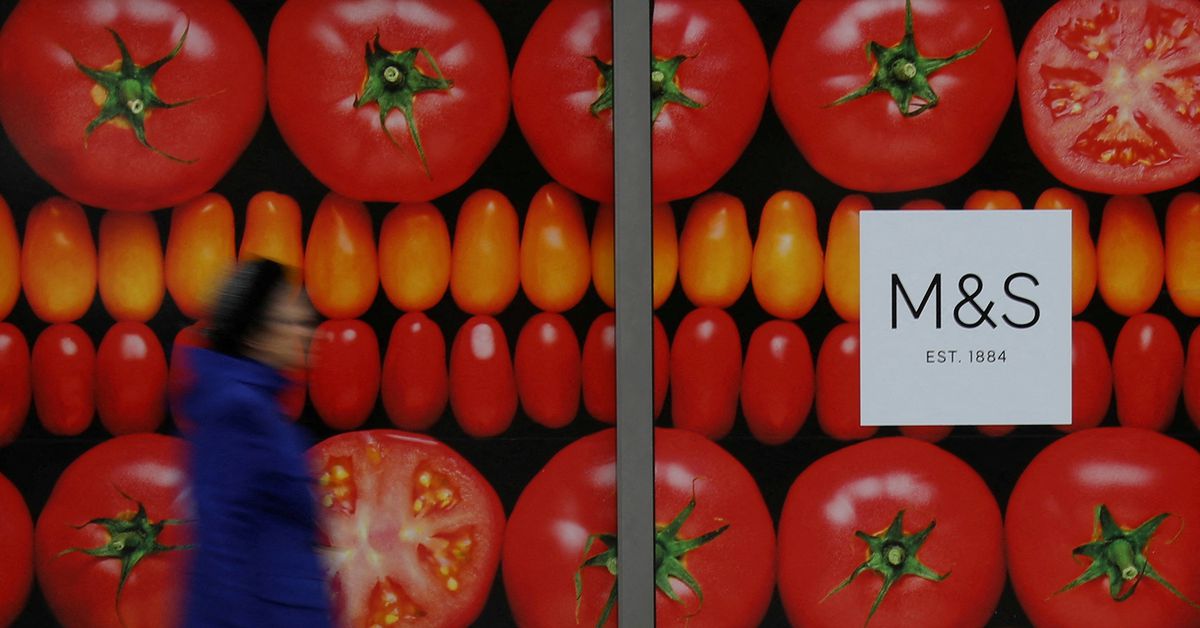 A woman walks past a branch of Marks and Spencer in Altrincham, Britain January 7 2020. REUTERS/Phil Noble/File Photo

LONDON, Jan 13 (Reuters) – British retailer Marks & Spencer (MKS.L) on Thursday nudged up its profit outlook after it reported a strong Christmas performance, particularly in food, where it outperformed the market.

M&S, Britain’s most famous stores group which is recovering from a decade of decline, said it now expected full-year profit before tax and adjusted items to be at least 500 million pounds ($686 million) compared to previous guidance of about 500 million pounds.

It said food sales increased 12.4% against its pre-pandemic performance two years ago in the 13 weeks to Jan. 1, beating market forecasts of 10% growth.

Clothing and home sales rose 3.2% on the same basis, also surprising on the upside.The market had expected a 0.9% fall.

Chief Executive Steve Rowe said: “Trading over the Christmas period has been strong, demonstrating the continued improvements we’ve made to product and value.”

He said food had outperformed the market over both 12 and 24 months, while clothing & home had delivered growth for the second successive quarter, supported by more full-price sales.

The update provides evidence that one of Britain’s most elusive turnarounds could finally materialise. M&S’s shares have nearly doubled over the past year.