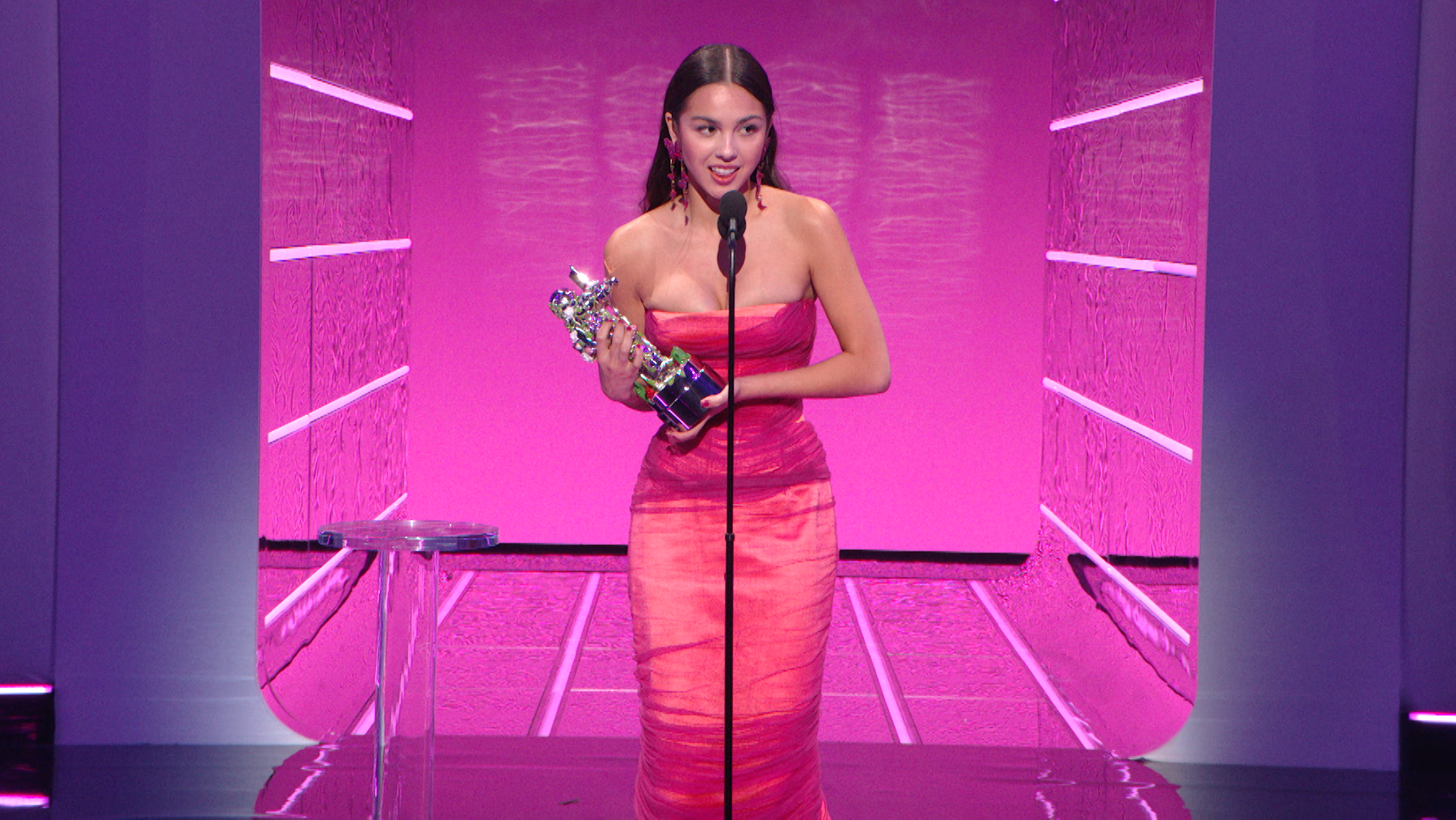 The 2021 MTV Video Music Awards hit the right note Sunday night as far as pandemic-era shows go as the annual ceremony returned to Brooklyn’s Barclays Center and scored a 0.9 rating in the 18-49 demo and a slight increase in Total Minutes Consumed (TMC) from the previous year.

Per ViacomCBS, the annual awards was down only 17% ratings-wise from 2020, outperforming other awards shows which have seen an 50% drop in the key demo year to year. Sunday’s show rose 9% in Total Minutes Consumed (TMC) from the previous year, earning 1.40B TMC vs. 1.29B of 2020.

Last year the VMAs, which was complete with limited attendance, social distancing, Covid-compliant production numbers and fashionable face masks, drew in a total of 6.4 million viewers with the pre-show, post-show, main show and encore coverage. Comparable numbers for the latest iteration have yet to be released.

Lil Nas X, Olivia Rodrigo & Justin Bieber were among the top winners Sunday. The “Industry Baby” singer took home the the marquee Video of the Year award for his “Montero” video. Rodrigo took home Moon Men during the ceremony — for Song of the Year, Best New Artist and Push Performance of the Year. Bieber scored the Artists of the Year award.

Foo Fighters received the first VMA Global Icon Award during the show and performed after being presented by Billie Eilish, who took home the Video for Good trophy for “Your Power.”

Over on social media, the VMAs garnered 38M interactions, marking the top social telecast of the year. Among the show’s popular moments on social media were Lil Nas X and Jack Harlow’s “Industry Baby” performance, Normani and Teyana Taylor’s “Wild Side” Performance, which channeled one of Janet Jackson’s iconic live performances, and more.