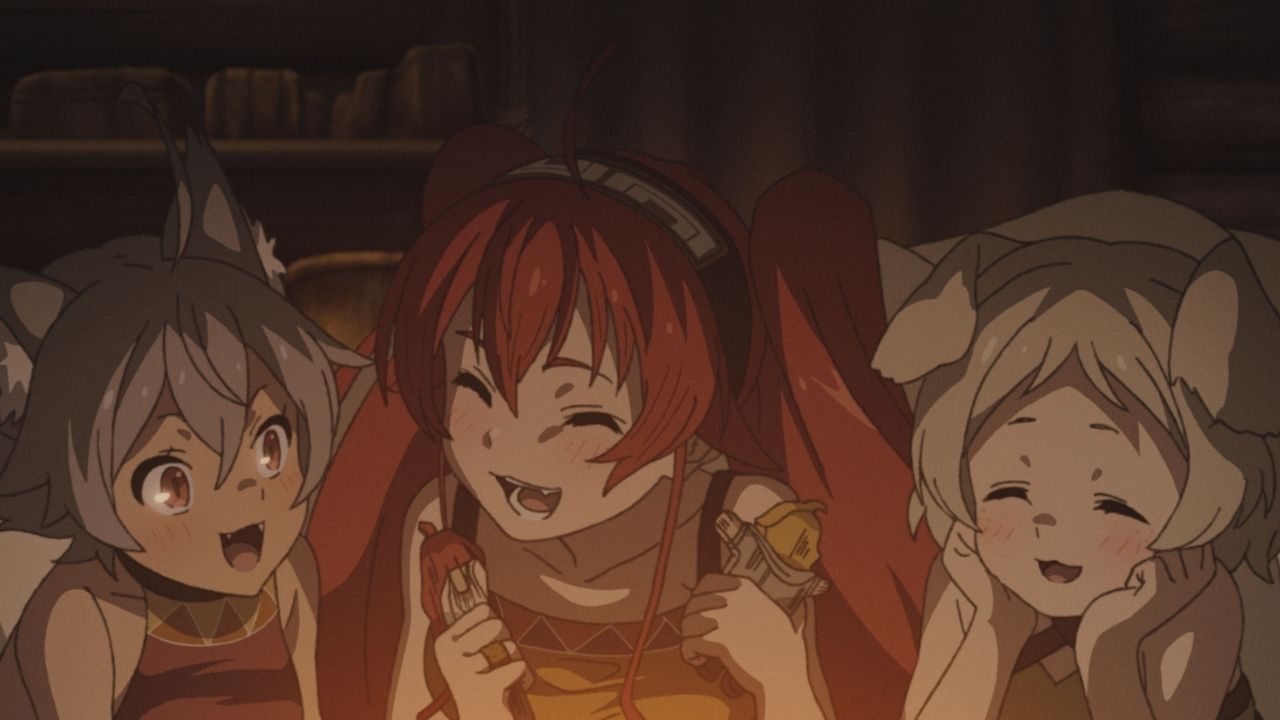 In episode 15, titled “Slow Life in the Doldia Village,” Rudeus and his party spent three months in Doldia village and learned about Ghislaine.

Eris trained Tona in sword fighting during these three months. Tona was upset Eris had to leave but later accepted the fact.

Gyes found out about his sister’s life after she left the village and understood that people change. In the end, Geese tagged along to a hitch ride with team Dead End.

What adventures will Dead End find themselves in next? Let’s find out as we bring you the latest episode updates of the anime.

Staying at Doldia village, Rudeus and his party saw the life that goes around in the village before continuing their journey to Milishion. They gained new allies and even got to know about Ghislaine’s life.

On their way to Milishion, Geese tags along. Don’t you think it’s a little suspicious that Geese is also going to the same place? What will team Dead End do if they find out he’s up to something?

The next episode will show the journey of the ‘Dead End’ party to Milishion and what they will face on the way. We’ll have to wait and see how the series unfolds as the episodes get released for the anime.

1. Is Mushoku Tensei: Jobless Reincarnation on Break This Week?

Episode 16 of Mushoku Tensei: Jobless Reincarnation will be released as per schedule. No such delay has been announced.

This episode starts with Rudeus and his party living in Doldia village. While Eris gets along with the beast children, Gyes sees that Eris has a Doldia ring on her and asks where she got it from.

Eris mentions she got the ring from Ghislaine. Hearing the name, Gyes tells them how Ghislaine abandoned the village and finds her a disgrace to the people. Eris, understanding about Ghislaine, confronts Gyes and tells him she’s fantastic and how much Eris respects her.

Tona then asks Eris to train her like her aunt Ghislaine. Eris agrees and says the training is going to be tough. Gyes finds out from Rudeus that Ghislaine has become a sword king and is learning magic. Rudeus mentions people change when Gyes finds it hard to believe.

Three months have passed with team Dead End in the village. While having a meal, Eris and the beast children understand that the rainy season will soon get over, and team Dead End can travel again.

Tona gets sad and tells Eris to stay, but Eris mentions she has a home to get back to.

Later Tersena mentions Eris and Tona are fighting while Rudues is with the Scared beast. Gyes and Rudues find out Tona wants Eris to stay, being the reason for the fight. Afterward, Gyes tells Tona about Ghislaine and how he regrets not helping her.

Gyes mentioned that Eris is leaving tomorrow, and it would be better if they were on good terms. While Eris is in her hut, Tona and Tersena show up quietly. Tona apologizes for being selfish, and Eris has no other choice but to forgive her.

The beast chief thanks Ruijerd and Rudeus for being such a help during their stay and tells them they’re welcome anytime. As Eris bids farewell to the beast children, Gyes requests her to spar with him.

Even though it was one attack, Gyes and Eris understood their strengths. Gyes mentions she’s welcome to there and to tell Ghislaine the same. As they leave, Geese tags along and asks for a ride to Millis as well.

The gang talks about how the founder of Millis paved a path and found out more tales about the path making their way to Mills.

“Jobless Reincarnation: I Will Seriously Try If I Go To Another World” is an isekai light novel series that was initially published on Shosetsuka ni Naro since November 2012 before Media Factory started publishing under its MF’s Book Imprint in January 2014.

The light novel series wreaked havoc, and it was a success; soon after, i.e., in May 2014, Media Factory started serialization in its magazine ‘Monthly Comic Flapper’.

After more than half a decade, the light novel series is finally being adapted into an anime television series by Studio Bind. The series is scheduled to release sometime next year, i.e., 2021.