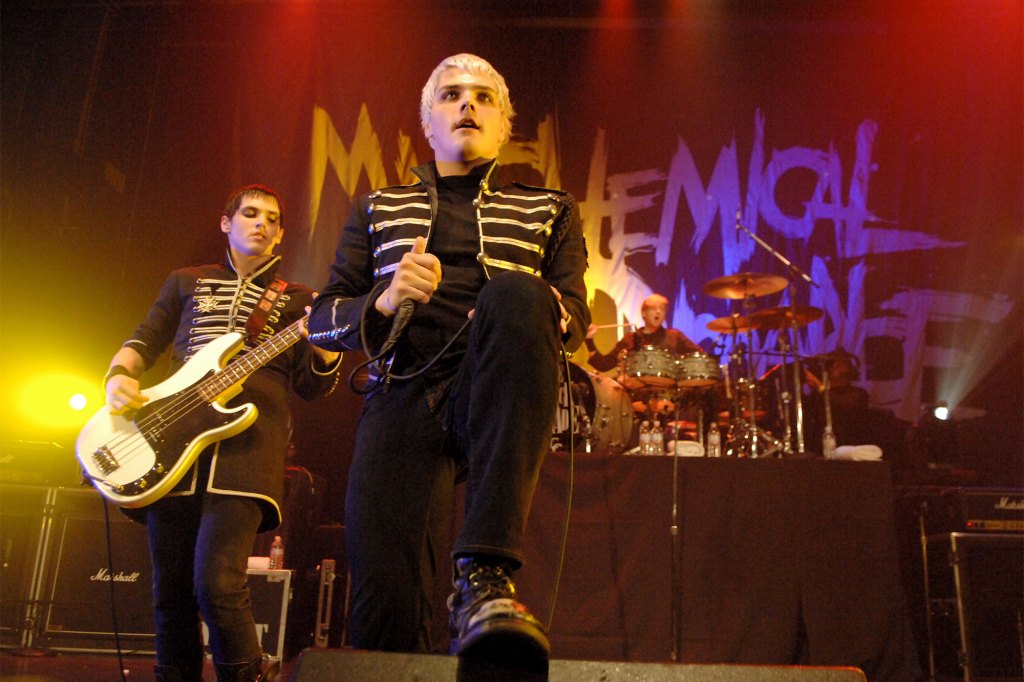 My Chemical Romance released its first new song in eight years on Thursday.

The 6-minute “The Foundations of Decay” is the band’s only release since 2014’s “Fake Your Death,” which was included on their greatest hits album.

That tune, intended for the band’s unfinished fifth album, came as a parting gift to fans after MCR announced their breakup in 2013. Disciples of “The Black Parade” have been devastated ever since.

But those who held out for a reunion were ecstatic when the band announced their reconciliation in 2019. They played a single live show, but the COVID-19 pandemic delayed a proper 2020 tour until now.

MCR is also on the bill for Riot Fest and the first-ever When We Were Young festival.