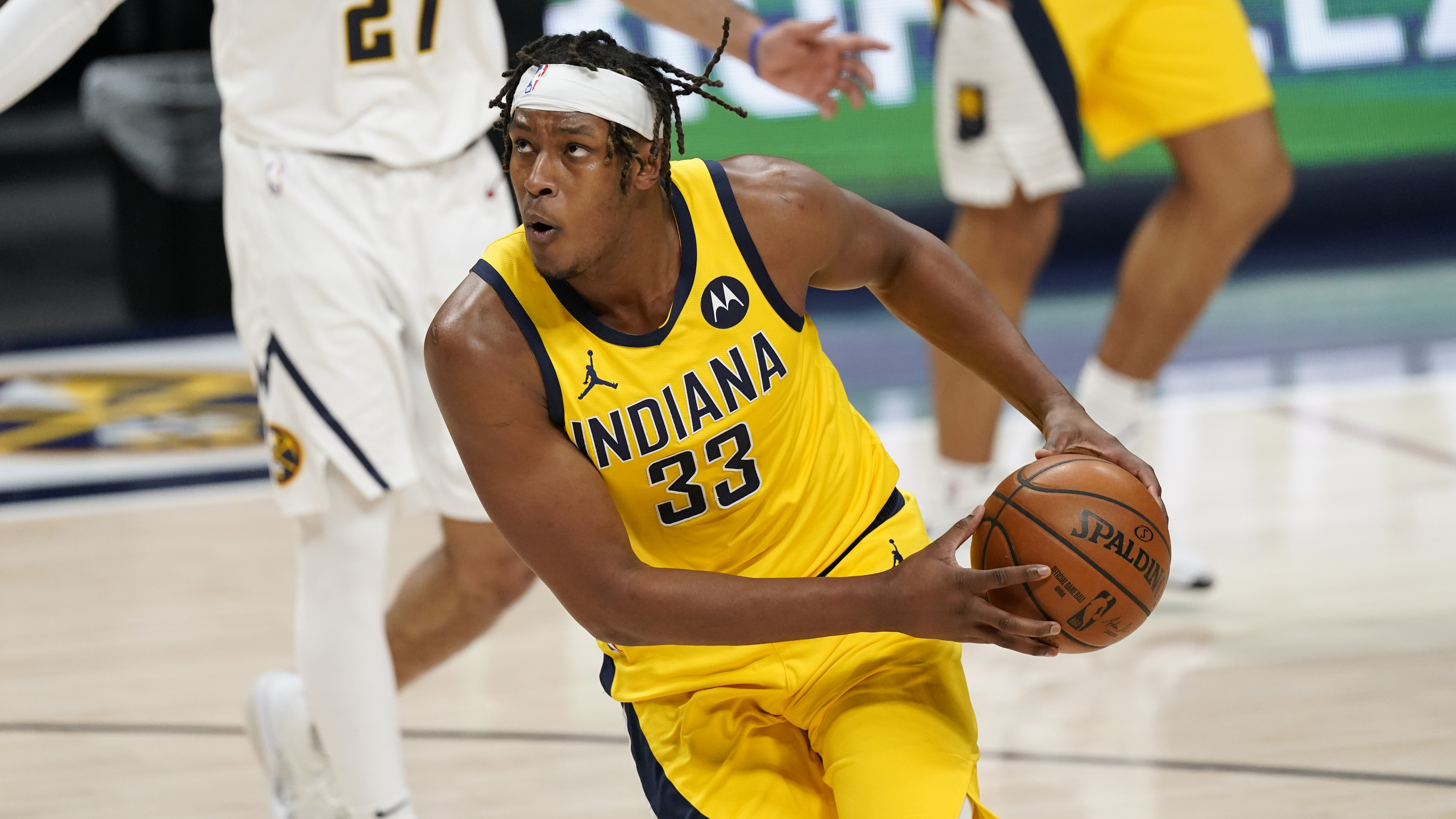 The Charlotte Hornets, who lost in the play-in tournament, and Minnesota Timberwolves each missed the playoffs this season and reportedly want to bolster their frontcourt with Indiana Pacers big man Myles Turner in an effort to avoid doing the same in 2021-22.

According to J. Michael of the Indianapolis Star, the two teams “really want Turner” as the offseason approaches.

Turner is under contract through the 2022-23 campaign, so either team would have to acquire him via trade to have him on the roster for next season.

Perhaps the Pacers will look for something of a reset this offseason after ESPN’s Adrian Wojnarowski reported they fired head coach Nate Bjorkgren. Trading the 25-year-old Turner, who has the potential to be one of the best defensive players in the league, could help them land draft capital with an eye on the future.

The University of Texas product led the NBA with 3.4 blocks per game this season, which marked the second time in his career he led the league in blocks.

Opponents also shot 13.2 percent worse than their normal averages within six feet of the basket when he guarded them in 2020-21, underscoring his ability to protect the rim as an athletic shot-blocker who can roam from one side of the basket to the other and cover plenty of ground.

Offense has never been Turner’s speciality, but he can shoot from the outside (35.2 percent from three-point range in his career) and has averaged double-digit scoring totals in each of his first six seasons in the league.

He also wouldn’t have to worry about being a primary source of frontcourt offense for the Timberwolves given the presence of Karl-Anthony Towns. And playing alongside LaMelo Ball, who can work in pick-and-rolls and set up teammates to score, would likely help his offense if he was traded to the Hornets.

Whether Indiana chooses to move on from Turner will be one of the storylines surrounding the Pacers this offseason, and there are reportedly multiple teams hoping they do.