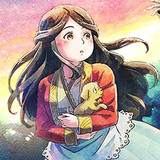 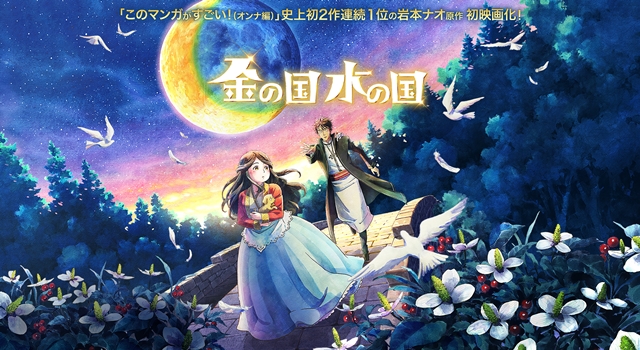 It is confirmed today that an anime film adaptation of Nao Iwamoto’s fantasy manga Kin no Kuni Mizu no Kuni (Gold Country, Water Country) is set to be released in Japan in the spring of 2023. Kotono Watanabe (BTOOOM!) serves as director on a screenplay by Fumi Tsubota (Hugtto! PreCure series composition writer). Madhouse (Summer Wars) works on anime production.

The manga was first published for eight chapters in Shogakukan’s Monthly flower from 2014 to 2016. Then, its one-volume tankobon was released in July 2016 and has printed more than 400,000 copies. It was voted No. 1 in the female section of the guidebook “This Manga is Amazing! 2017.” In the following year of 2018, the author’s another popular series, Seven Knights of the Kingdom of Marronnier also won No.1 in the ranking. It was the first time in the history of “This Manga is Amazing!” that the same artist took first place for two consecutive years for different works. He says, “I look forward to seeing my characters that I drew on paper moving and talking on the screen!”

The publisher describes the synopsis of the manga as below:

Once upon a time, there were two neighboring countries that did not get along.

They bickered over trivial things day in and day out. Finally, they went to war over the issue of cleaning up dog feces. God intervened in a hurry and said to the chiefs of the two countries,

– Country A gives its most beautiful girl to Country B as a bride.

– Country B gives its wisest young man to Country A as a bridegroom.

Then, the princess of country A, Saara, happens to meet a young man from country B…! 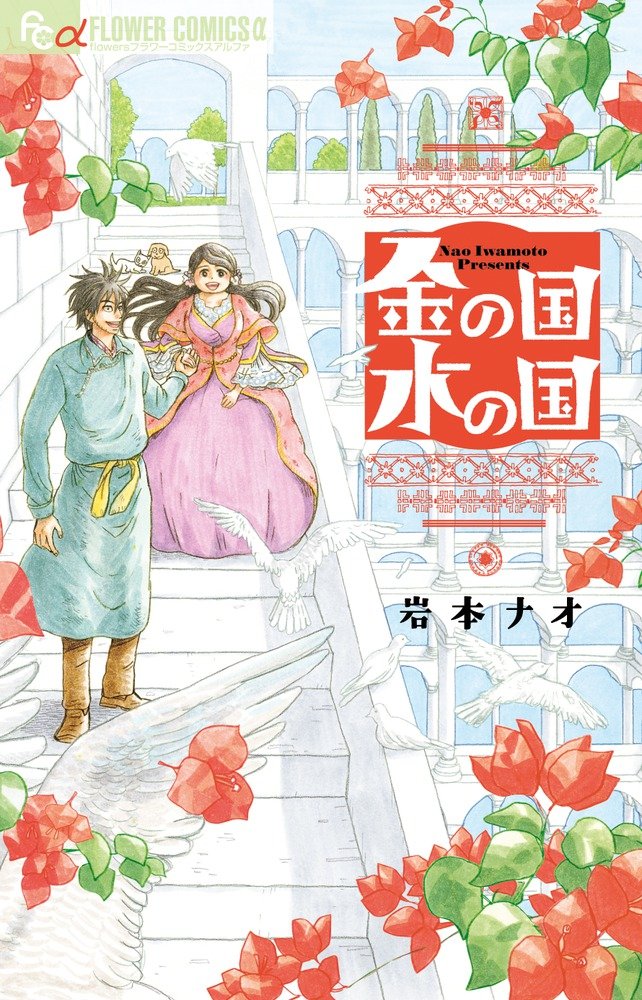