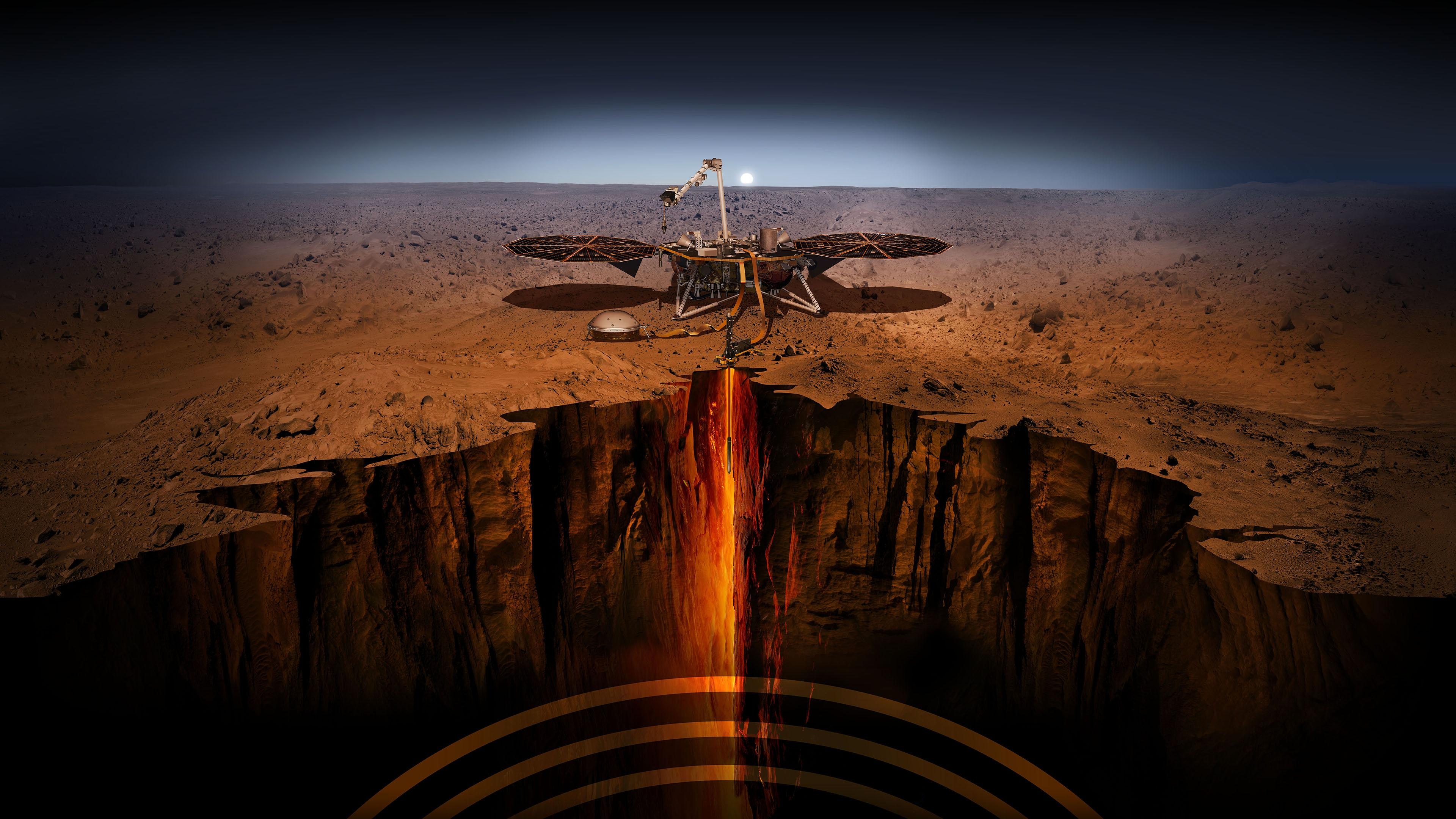 One of NASA’s Mars robots is in safe mode to save power while a dust storm blocks its solar panels from charging.

The InSight lander, which is designed to study the interior of Mars, is stable in its safe mode, which the spacecraft initiated on Jan. 7, the agency said in a mission status update published Tuesday (Jan. 11). The lander safely communicated with ground controllers on Monday (Jan. 10) despite the temporary measure to ride out a regional dust storm.

“Its power was holding steady and, while low, was unlikely to be draining the lander’s batteries,” NASA officials wrote. For now, this steady power likely means that InSight will not face the same demise as the long-running Opportunity Mars rover, which fell silent in 2018 during a series of global dust storms that ultimately emptied the rover’s batteries.

Mars InSight in photos: NASA’s mission to probe core of the Red Planet

InSight, which landed on the Red Planet in 2018, was already working at reduced power due to normal buildup of dust on its two solar panels. Engineers somewhat reduced the dust on one panel in 2021 by using a scoop on the lander’s robotic arm to drizzle dust into the wind, but “these activities become increasingly difficult as available energy decreases,” NASA officials wrote in the new update.

Indeed, reduced power is one of the greatest threats to the mission and could end the activities of InSight sometime in 2022, the agency said last year. The threat comes from a combination of the planet reaching its greatest distance from the sun last year and seasonal cycles of dust activity in the atmosphere, mission personnel said at the time.

Predictions are, however, that InSight should have enough power for the time being to survive this particular dust event, although the agency said they are hoping to control the lander more in the coming days to conserve its energy.

“InSight’s engineers are hopeful they will be able to command the lander to exit safe mode next week,” NASA said. “This will allow more flexibility in operating the lander, as communication, which requires a relatively large amount of energy, is limited in safe mode to conserve battery charge.”

Opportunity and its twin rover, Spirit, did benefit from periodic dust-clearing events due to windy conditions on Mars. But such an event hasn’t happened yet to InSight, even though the lander has detected several whirlwinds going by, according to NASA.