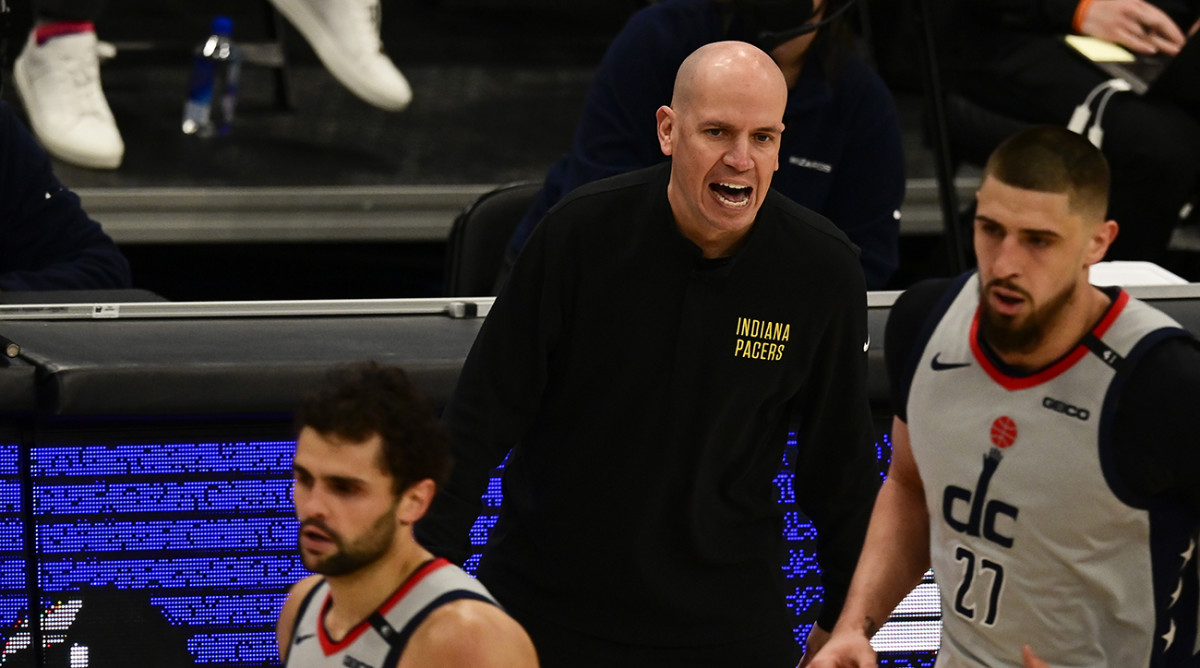 “The 2020–21 season was not what any of us hoped or anticipated it would be, and our results on the court certainly did not meet the standards for what our organization and our fans have come to expect,” Pacers president of basketball operations Kevin Pritchard said. “We have determined this is the right time to move in a different direction, and on behalf of the Simon Family and the entire Pacers organization, I want to express my gratitude to Nate for his efforts leading our team. While we do not have a definite timetable for our search, we will move quickly to identify candidates who will make our team and our organization stronger.”

The news was first reported by ESPN’s Adrian Wojnarowski.

Bjorkgren reportedly lost the Pacers locker room and much of the organization in his first and only year as head coach. He was told he was dismissed Wednesday after meeting with management Tuesday, according to ESPN.

He reportedly did not have the temperament to deal with players and staff as a head coach, per ESPN. He had one guaranteed year left from his original three-year contract.

The Pacers are expected to pursue a more experienced coach this offseason. One coach who will be considered is former Trail Blazers head coach Terry Stotts, according to Yahoo! Sports’ Chris Haynes.

Bjorkgren joins Stotts and former Magic coach Steve Clifford as head coaches who got the ax so far this offseason. Stotts is also reportedly being considered for the Magic opening.

This was Bjorkgren’s first season as a head coach and he finished 34–38 with the Pacers’ missing the playoffs.

Before joining the Pacers this season, Bjorkgren was an assistant for the Raptors for two seasons and also spent time with the Suns.

Bjorkgren, 45, started his coaching career at the high school level and then had some stints in the D-League before finally making it to the NBA.