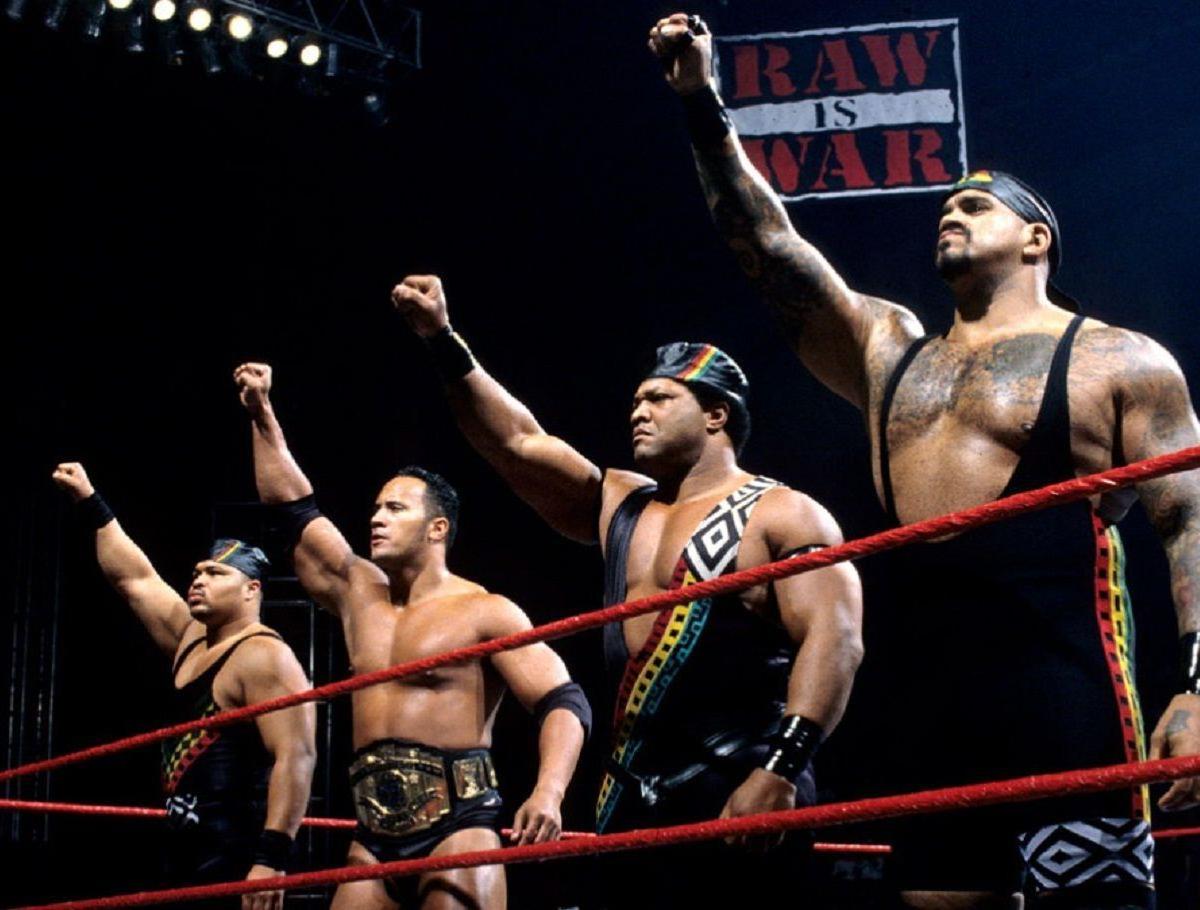 Not just anyone can be a trailblazer. It takes a certain level of poise and dignity to venture down an unbeaten path and light the way for others. Ron Simmons did just that as the initial leader of The Nation of Domination.

The iconic all-Black faction wasn’t exactly the first of its kind. The Blackbirds held the distinction before them as a heel stable that feuded with the likes of The Freebirds and The Von Erichs for smaller promotions. However, the popular militant group, which took cues from the Nation of Islam and the Black Panther Party, was the first to do it on such a big stage and make such a significant impact.

In WWE’s oral history of The Nation of Domination, Ralph Bristout called them “The Wu-Tang Clan of sports-entertainment factions.” It’s an apt comparison for the black-clad collection of talent who would go on to have a memorable run together and apart.

They were dynamic and, quite frankly, ahead of their time in the late 1990s. When “We are The Nation” rang out in arenas and they came out wearing kufis and ring gear emblazoned in kente patterns, it was impossible to look away. Whether you loved to boo them or root for them in spite of their roles as heels, everyone could see they just had something special.

Simmons had already made history as the first Black WCW world heavyweight champion, but he debuted for WWE in July 1996 as an awkward gladiator character named Faarooq Asad. On the October 28 episode of Monday Night Raw, Jim Ross announced that the two-time All-American nose guard would employ a new manager, Clarence Mason.

The Formation of a Groundbreaking Supergroup

This reinvention sparked what became the WWE’s iteration of The Nation of Domination. There was another version of the faction that featured Mason and J.C. Ice and Wolfie D (better known as PG-13). They initially appeared for a Memphis-based promotion called USWA.

However, the rapping duo eventually joined Faarooq and his esteemed legal counsel along with Crush, Savio Vega and D’Lo Brown. PG-13 performed as the group made their way down to the ring at the Royal Rumble 1997. With their fists outstretched to the sky, the new faction didn’t get much of a reaction that night. Nevertheless, they eventually became a hated act that had to sneak into venues to avoid hostile fans.

The Nation cast J.C. Ice and Wolfie D out following a loss to The Legion of Doom in May. After he lost to The Undertaker at King of the Ring, Faarooq fired the remaining members except for Brown on the June 9 edition of Raw. Vowing to create a “Bigger, Badder, Better and Blacker” version of the faction, he brought Kama Mustafa and Ahmed Johnson into the fold.

Johnson’s stint with the Nation didn’t last long, but a young up-and-comer named Rocky Maivia replaced him on Aug. 18. The third-generation prospect went through some well-documented struggles before he turned heel.

Still, his time with the group helped to transform him into the eyebrow-raising megastar who transcended professional wrestling.

The Rise and Fall of Would-Be Revolutionaries

Mark Henry came on later as the group’s muscle. This collective is probably the most well-known iteration of The Nation of Domination. The Rock became an integral member, and D’Lo developed his trademark swagger and headshake. It was the perfect combination of hard-hitting wrestlers, undeniable charisma and a bold mouthpiece.

At the end of 1997, The Rock secured the Intercontinental Championship via his feud with “Stone Cold” Steve Austin. The Miami native later led a mutiny and became the leader of the Nation. However, his ascent into superstardom ultimately took its toll and signaled the end of the stable.

The Nation quietly disbanded in November 1998 after Brown and Henry ousted The Rock and Mustafa, who was now billed as The Godfather. Although the faction barely lasted two years, it left an indelible mark on WWE and elevated its core members into stars in their own rights.

The Rock’s impressive list of accolades and storied career speaks for itself. The Great One became one of the biggest stars of the Attitude Era, the first Black Royal Rumble winner, and the sixth triple crown champion. Of course, he also took part in a monumental rivalry with Austin en route to claim 10 world title wins.

Brown, the longest-tenured member, is arguably one of the greatest midcarders of all time. He is renowned for his time as European champion and his amazing frog splash, the Lo Down. In fact, the Las Vegas resident was famously the first man to hold the intercontinental and European titles concurrently.

Meanwhile, The World’s Strongest Man inducted opponents into the Hall of Pain as he captured the World Heavyweight Championship in September 2011. Faarooq, The Godfather, and Henry are all WWE Hall of Famers and one would have to imagine their peers are both a shoo-in for the same honor. Honestly, the Nation should be enshrined as a faction at some point.

An Immeasurable But Often Undervalued Legacy

Twenty-five years after the formation of The Nation of Domination, the group is more beloved and respected among hardcore fans than they ever were as an active stable. They were pioneers in an industry dominated by white male stars at a time when Black fans weren’t such a vocal part of its fandom. Even more, they were radical during an era when it wasn’t en vogue to be socially conscious.

In the 1990s, The Nation was controversial but today Faarooq would be revered for his courage and brutal honesty. There’s a reason why The New Day and The Hurt Business were initially branded as a contemporary version of the faction. The comparison doesn’t exactly fit either stable, but it’s indicative of just how influential its predecessor became long after they went their separate ways.

In a day and age when police brutality and racial injustice are still prevalent, a steadfast and emblematic group of Black men, who illicit boos at their peak, are relevant. The world of pro wrestling, which often profits off stereotypes and the fear of otherness, wasn’t ready for them.

Their salute became a lasting image that outlived WWE’s most pivotal era and heralded an eventual renaissance for African American performers.