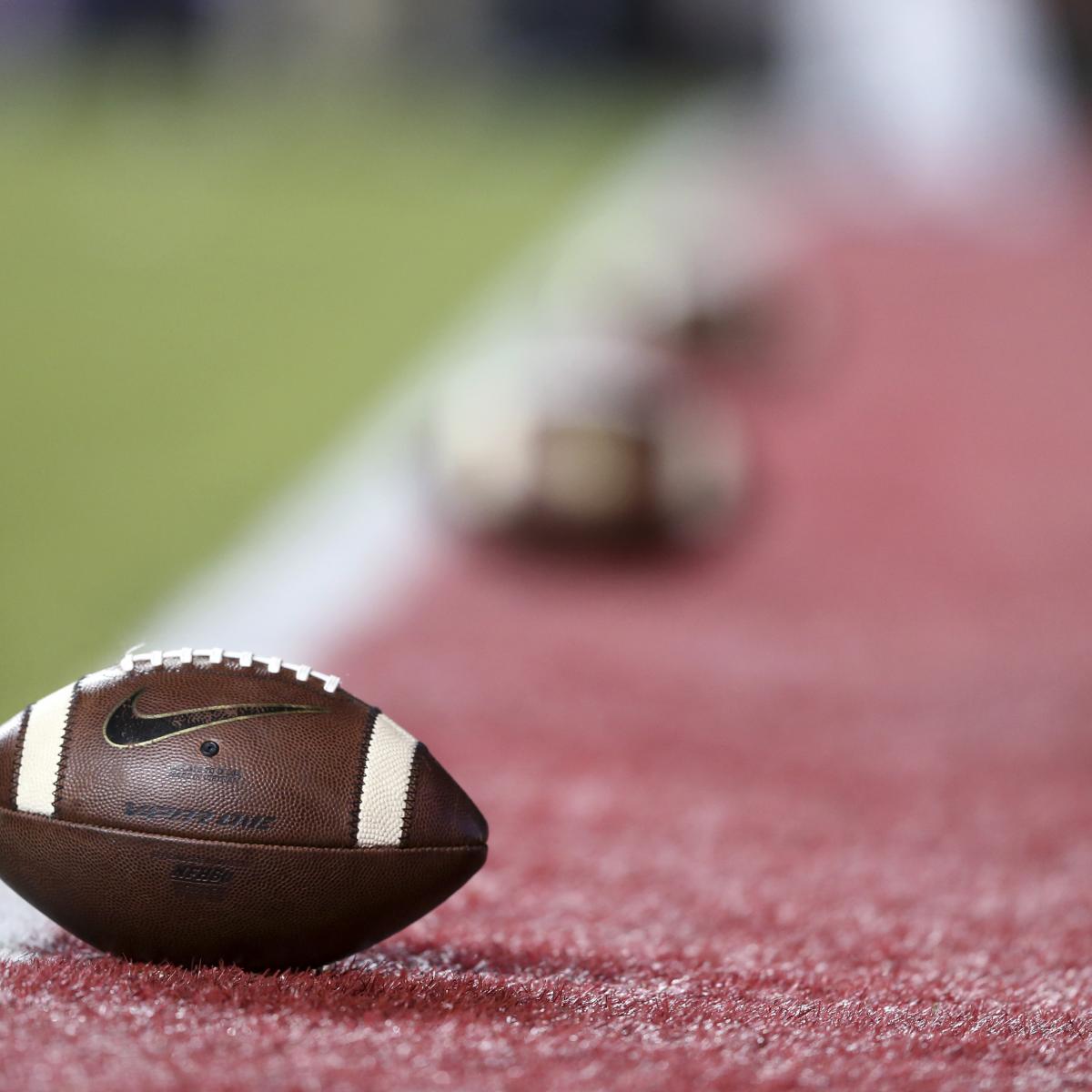 In 2017, a major change was made to the college football recruiting cycle. Prior to that, high school recruits couldn’t sign with programs until national signing day, which was held in February. Until then, they could only commit to the school and couldn’t send in their national letters of intent.

However, things changed when the early signing period was introduced. Now, high school recruits can sign and send in their NLIs during a three-day window in mid-December. And many of the top players in the country take the opportunity to do just that.

But some recruits still wait until traditional signing day to announce their college decisions and/or sign. That’s the case with several of the top players in the 2022 class, as there will be some big announcements coming on national signing day on Feb. 2.

Here’s a look at the latest surrounding several top uncommitted recruits, along with predictions for where each will end up going to college.

Texas A&M is having a ton of success during the 2022 recruiting cycle. The Aggies have landed commitments from six 5-star recruits, five of whom signed during the early period. That’s a major reason why they have the top 2022 class in the country, per 247Sports’ composite team rankings.

It’s possible that Texas A&M isn’t done adding 5-star recruits, either. According to the 247Sports crystal ball, the Aggies are the front-runners to land Shemar Stewart, a 5-star defensive lineman out of Monsignor Edward Pace High School in Miami Gardens, Florida. Stewart is the No. 3 defensive lineman and No. 9 overall recruit in the 2022 class, per 247Sports’ composite rankings.

Stewart is announcing his college decision on Feb. 2, but it’s not definite that he’ll be picking Texas A&M. He’s also still considering Georgia and Miami.

Later this month, Stewart is taking official visits to Georgia and Miami. But that shouldn’t stop him from becoming the seventh 5-star recruit in Texas A&M’s 2022 class. Expect him to sign with the Aggies and join a program that should be on the rise in future seasons.

During the 2022 season, Devon Campbell is going to be at the Red River Showdown, the annual rivalry game between Oklahoma and Texas. However, it’s not yet clear which side he’ll be on.

Campbell is still deciding between the Sooners and Longhorns, as he announced those two programs as his finalists last month. He’ll provide a big boost to one of their 2022 classes, as he’s the No. 1 interior offensive lineman and No. 10 overall recruit in the nation, per the 247Sports’ composite rankings.

Although Campbell won’t announce his decision until Feb. 3, it seems he’s leaning in one direction. On3’s Justin Wells recently reported that Texas is the “heavy favorite” to land Campbell, who attends Bowie High School in Arlington, Texas.

So don’t be surprised when Campbell opts to stay in state and sign with the Longhorns, as he’ll become the second 5-star recruit in their 2022 class.

Josh Conerly Jr., a 5-star offensive tackle out of Rainier Beach High School in Seattle, hasn’t announced when he’ll be making his college decision. But it won’t be on national signing day on Feb. 2, as Jayda Evans of the Seattle Times reported in December that Conerly will still be weighing his options at that point.

The No. 3 tackle and No. 23 overall recruit in the 2022 class, per 247Sports’ composite rankings, Conerly is considering six schools: Miami, Michigan, Oklahoma, Oregon, USC and Washington. So there are still quite a few different paths that he could take to begin his college career.

The 247Sports crystal ball has Michigan and Washington as the favorites to land Conerly. But until he further cuts down his list or makes his decision, it’s always possible that he could choose one of the other schools he’s still considering.

The prediction here is that Conerly will pick the Wolverines, as they appear to be one of the front-runners and they’re coming off the first College Football Playoff appearance in program history. Conerly will opt to head to Michigan, becoming the second 5-star recruit in the Wolverines’ 2022 class.