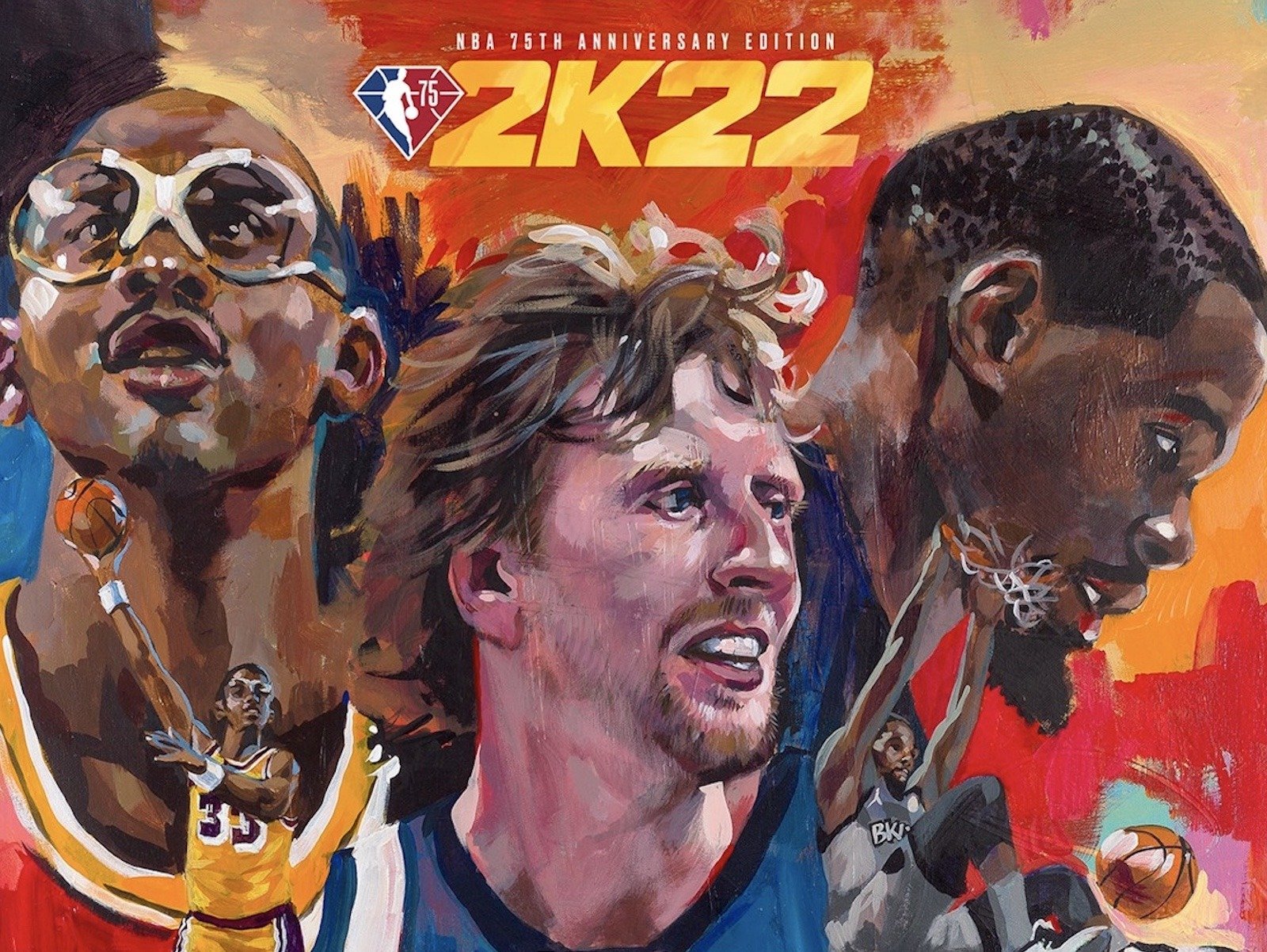 The wait is finally, finally, finally over – the best NBA and WNBA basketball game on the market has arrived in NBA 2K22. Personally? I couldn’t wait to get the chance to game and yes, as a true diehard and real-life gamer, it was only right to try out the must-play title on the PlayStation 5, Xbox Series S and Nintendo Switch – although aiming to update this review once I try it out on the Nintendo OLED which should be hitting my doorstep next month. 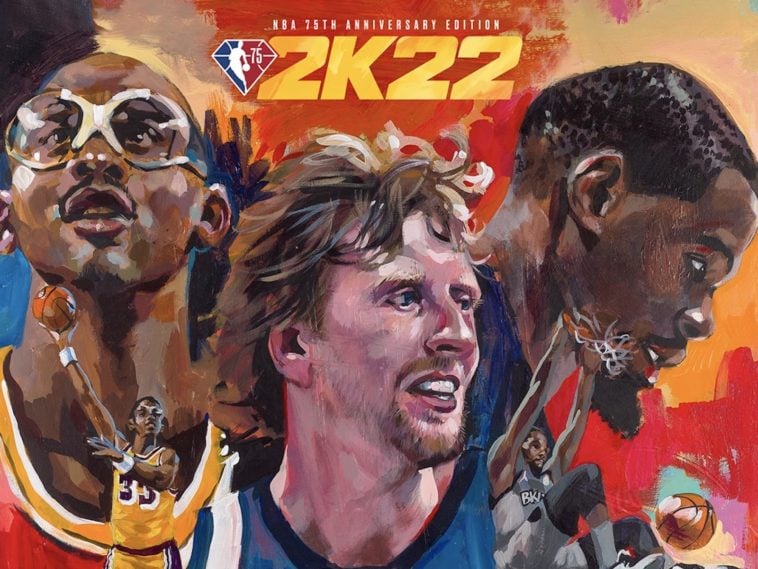 
If you’re big into sports gaming, you already know there are only a handful of titles outside of EA Sports which deserve recognition and it remains the 2K Sports brand. Specifically? NBA 2K has remained the best basketball game since dropping November 10, 1999 and continuing to get better, and better, and better and – did I mention better – every single year. Sure, there are some years which go down as legendary – notably NBA 2K11 with the introduction of Michael Jordan – which you literally had to completely insane challenges and win a game of one-on-one before fully unlocking him – but without failure, every NBA 2K title has raised the stakes in some capacity.

But this year’s edition is a little extra special with it being the NBA’s 75th anniversary and – notably – having a special edition of the game available with iconic championship ballers Kareem Abdul-Jabaar, Dirk ‘Diggler’ Nowitzki and Kevin Durant.

In an effort to highlight some key points both NBA 2K suggests gamers want to know along with some quick commentary on my own experience, we’ll focus on the below hot topics to get you laced up and ready to game well beyond next month’s official NBA season tip-off.

For starters, the City is once again the biggest online basketball community packed with gamers wanting some shot at having notoriety as bad azz ballers. But what’s perfect about the next generation experience is how The City is built specifically for PS5 and Xbox Series X|S players – plus there’s an all-new experience which includes NPCs, and a new Quest system. As you explore the City, keep an eye out for the many quest opportunities, and there are all kinds of reward opportunities available once you become friendly with the City’s inhabitants.

To be honest, this was such an epic experience for me but for those gamers not yet ready to make the jump – either because of still-impossible restock issues or currency crunches – the Neighborhood is built specifically for PS4, Xbox One, Nintendo Switch, and PC players. You’ll be able to explore an all-new experience built on the spacious decks of a sailing cruise ship. As you move from deck to deck, make sure and partake in the experiences on offer. Another thing to keep an eye out for each Season are the off-boat excursions when the Cancha Del Mar docks at various ports around the world.

To be honest – when you have The City at your fingertips – literally – it’s hard to switch gears and explore the MyCAREER journey. I’ll make it here at some point but for those really pumped about it, you’ll have plenty to get excited about. This year NBA 2K created a whole new narrative experience which sees MyCAREER and the City come together. As you play through and explore, you will quickly discover how the story of your journey is intricately intertwined within the fabric of the City and its inhabitants. This year, NBA 2K22 represents an entirely new way to play MyCAREER. Now on second thought – my love for the City being meshed with MyCAREER might be the persuasion I needed.

Alas – it always comes down to gameplay. Every year the trailers promise extraordinary experiences while sometimes hitting those marks or gamers feeling like they came up just short – but rest assured you’re covered in this year’s gameplay features. Blocking and shot contests have been completely reworked to allow great defenders to smother good shooters, send back weak layup or dunk attempts in the paint, and dictate the outcomes of games.

Really want to take down the competition in the paint? Your D will be respected in NBA 2K22.

And offense is all about IQ and skill. Making the right play and taking high quality shots is the key to scoring on the amped up defense. Also, keep an eye on the update made to the shot meter–press and hold the Shot Button (or move and hold the Pro Stick) to begin a jump shot and bring up the meter. This has remained a bit tricky to master but with just a few games under my belt, it’ll only get easier. Keep an eye on the make window which can expand or shrink based on how good the shooter is from that given distance, energy level, and how much defensive coverage there is. Release the button or stick as close to the middle of the make window as possible. The closer you are to the ideal release point, the higher the chance of making the shot. You’ll know you’ve released it perfectly if the meter flashes green.

While you could add this into the gameplay breakdown up above, it’s really worth its own section. The dribbling is so vital and if you came up in the And 1 era like myself, you already know the Skip To My Lou moves and Professor crossovers are always worth attempting in NBA 2K games. There are tons of new dribble moves and combos you can pull off by simply flicking the Pro Stick in various directions. We’ve modeled over 50 new signature styles from both the NBA and WNBA to give even more variety to the look and feel of dribbling. From a stand, hold Sprint and flick up on the Pro Stick to access the new ankle-breaking signature combos.

For PS5 and Xbox Series X|S players, try out the new aggressive skill dunks and skill-based alley-oops. When driving to the basket, hold Sprint and then move and hold the Pro Stick down. This will allow good dunkers to attempt aggressive contact dunks in cases where they would normally just try for a layup. Release the Pro Stick when the meter reaches the middle of the make window for the best chance at posterizing the opponent. But with great reward comes great risk. If your dunker is low on energy or trying to force the issue against too many defenders,the meter will be extremely tough to hit and you’ll see a lot of bricked dunks. Double tapping the Lead Pass button will attempt an alley-oop. On the receiving end, in NBA 2K22you’ll need to press the Shot Button when the meter reaches the make window tosuccessfully complete the alley-oop layup or dunk.

Having experienced NBA 2K21 on PlayStation 4 last year and then getting the chance to try it on both the Xbox Series S and PlayStation 5 – the best and most enjoyable thing about the upgrade was the overall quality and smoothness. A year later, NBA 2K22 is even smoother and makes it what I feel is the true next generation debut of the NBA 2K franchise.

The overall gameplay, fun clashes and smooth experience at launch has me instantly hooked. And with the company’s emphasis on always staying ahead of the curve with frequent updates and patches – when needed – you can rest assured the NBA 2K team wants you gaming through the hype for NBA 2K23.

NBA 2K22 is now available on both current and next generation consoles.