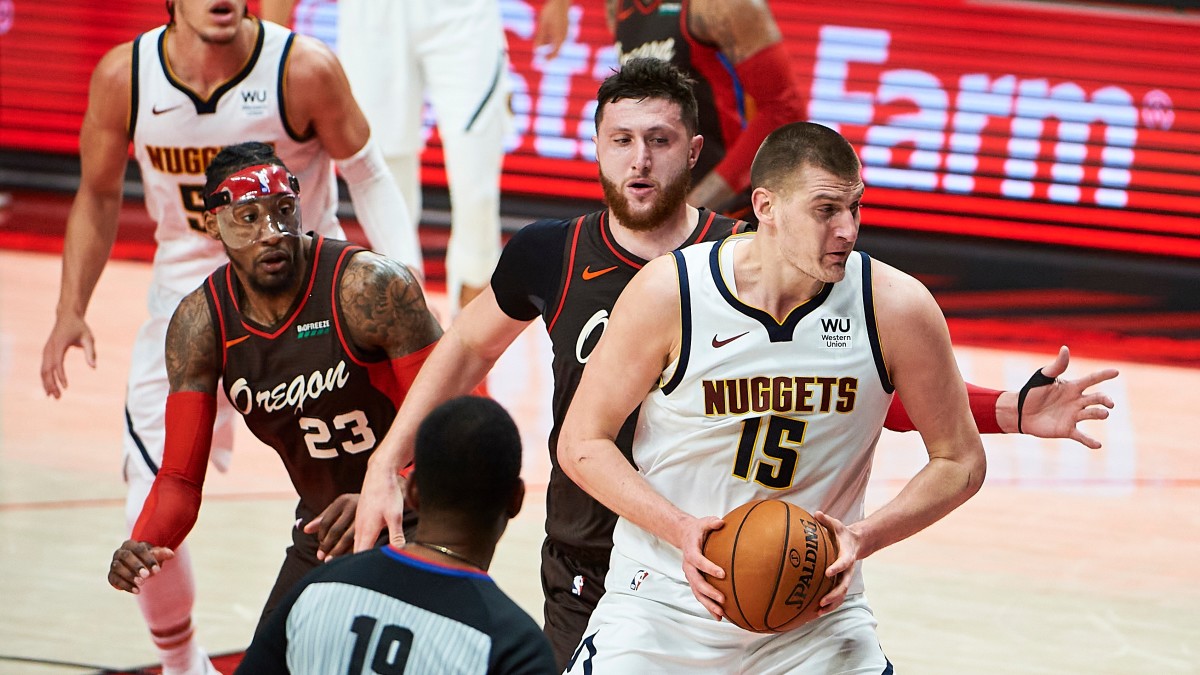 With the Trail Blazers holding a double-digit second-half lead and the Portland crowd dialed up, it seemed the most exciting series of the first round was destined to culminate with a Game 7. Instead, presumed MVP Nikola Jokic and the Nuggets had other ideas.

Jokic scored 36 points on 13-for-22 shooting as the Nuggets stormed back to beat the Trail Blazers, 126-115, in Game 6 on Thursday night to advance to the second round.

It was Jokic’s fifth 30-point game of the series, capping a scorching run for the sixth-year star. For the series, he averaged 33 points, 10.5 rebounds and 4.5 assists per game on 56.8% shooting from the field.

Denver trailed for most of the game before making a run late in the third quarter to erase a 14-point deficit. That run continued in the fourth as the Nuggets’ defense clamped down, holding Portland to just 14 points in the quarter. Blazers star Damian Lillard, who typically shines in crunch time, missed his first six shots in the fourth quarter as the lead slipped away.

Lillard finished the game with 28 points on 8-for-20 shooting and 13 assists. He had just one turnover, though the rest of the team was careless with the ball, as Portland coughed the ball up 16 times compared to Denver’s 12.

Blazers guard C.J. McCollum had 21 points on 9-for-21 shooting from the field. Denver got big games from Michael Porter Jr. and Monte Morris, who finished with 26 and 22 points, respectively.

The Nuggets have now advanced to the conference semifinals for the third consecutive season, the longest streak in franchise history. Denver made it to the conference finals last season, where they lost to the Lakers in five games.