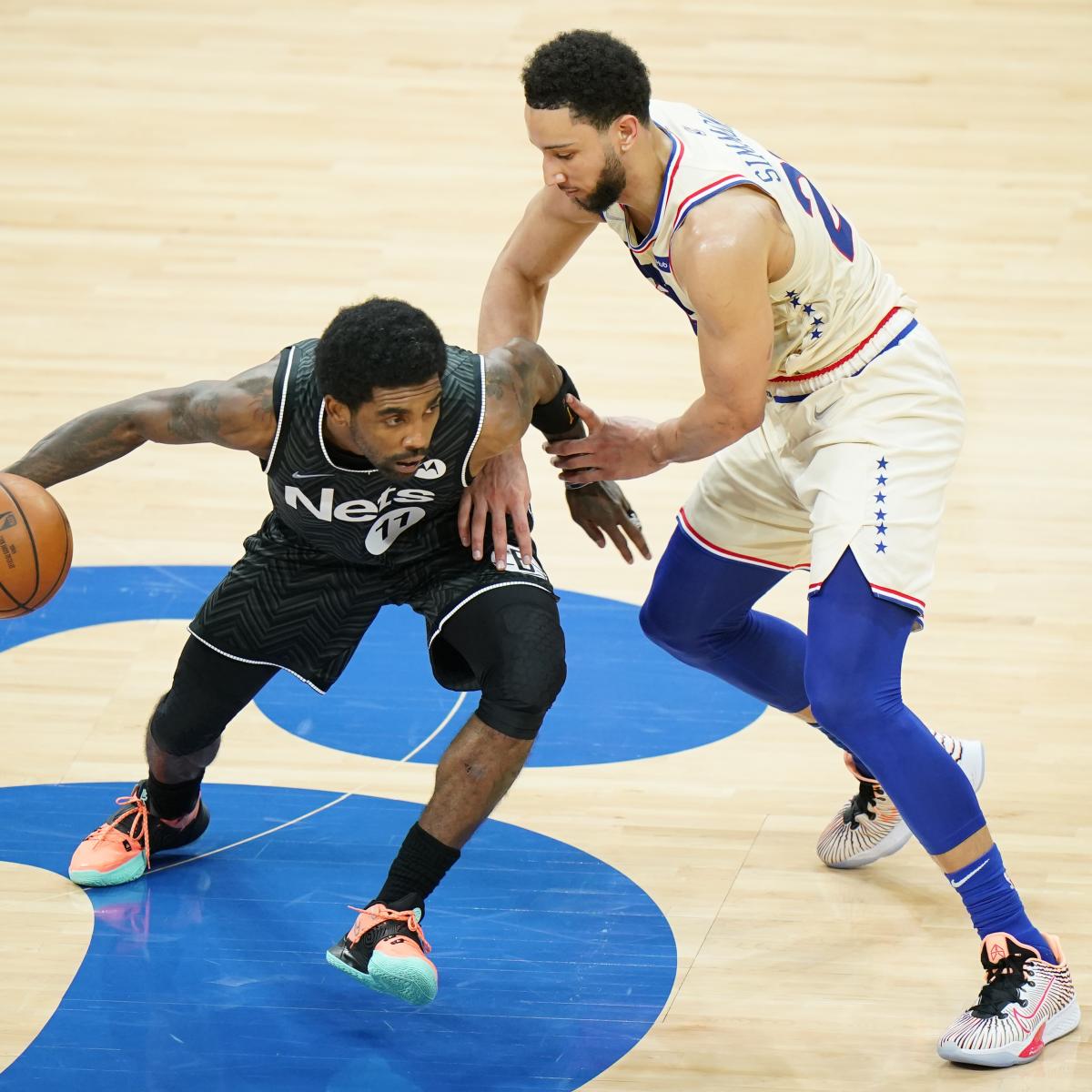 On Tuesday, the attention in the basketball world will be on the four teams that will be in action on the opening night of the 2021-22 NBA season. But right now, the focus is on a pair of point guards who may not be on the court anytime soon.

Ben Simmons and Kyrie Irving have been garnering a lot of attention for their situations. And neither seems close to a resolution.

Simmons missed the start of Philadelphia 76ers training camp while holding out for a trade, but he has since reported to the team. He could still be dealt, but it’s unclear whether he will be playing in the meantime.

Irving was going to have to be a part-time player for the Brooklyn Nets because he hasn’t gotten the COVID-19 vaccine and New York City mandates would have prevented him from playing home games. That’s why the team decided that he won’t be practicing or playing unless he becomes eligible for all games.

So what will happen with these All-Stars next? Here’s some of the latest buzz.

Which Teams Have Been Pursuing a Simmons Trade?

Although Simmons hasn’t been traded, it seems there’s been no shortage of teams with interest. That’s not surprising considering the 25-year-old point guard is a three-time All-Star with plenty of strong years likely ahead of him.

Fischer added that there’s also a 10th “mystery” team that has had “substantial trade conversations” with the 76ers recently. But there is still something preventing this team, as well as the other nine, from completing a deal: the Sixers’ asking price.

No team has come to close to offering Philadelphia a superstar who will keep the team in championship contention, per Fischer.

“If it takes five steps for two teams to complete a trade, it’s been described to B/R that no conversation with Philadelphia has truly advanced past step one,” Fischer wrote.

So for now, it will be interesting to see whether Simmons plays for the 76ers to start the season. Their first game is scheduled for Wednesday against the New Orleans Pelicans.

While Irving would have to be a part-time player as a member of a team located in New York City, that would be less of an issue in other cities. The only other cities that have COVID-19 protocols in place that would prevent unvaccinated players from participating in home games are Los Angeles and San Francisco.

Could that mean the Nets would consider trading the 29-year-old point guard if he’s not going to play for them anyway?

According to The Athletic’s Shams Charania, other NBA teams believe that Brooklyn would be open to dealing Irving if it received a “significant trade offer,” but it’s unclear whether he would be open to playing for other teams given the Nets are among the top championship contenders.

But if the Nets want to trade Irving, Charania seems to think that finding a trade partner may not be an issue.

“I mean, would his value be as high as ever? No, it wouldn’t. But as far as teams being interested, I mean, there’s definitely already teams that would have a level of interest, yes,” Charania said on The Glue Guys podcast (h/t Michael Smeltz of NetsDaily).

For now, Irving isn’t playing or practicing, and there may not be a trade in the works. That makes it difficult to predict what the future holds for him, especially if he remains ineligible to play in some NBA cities.