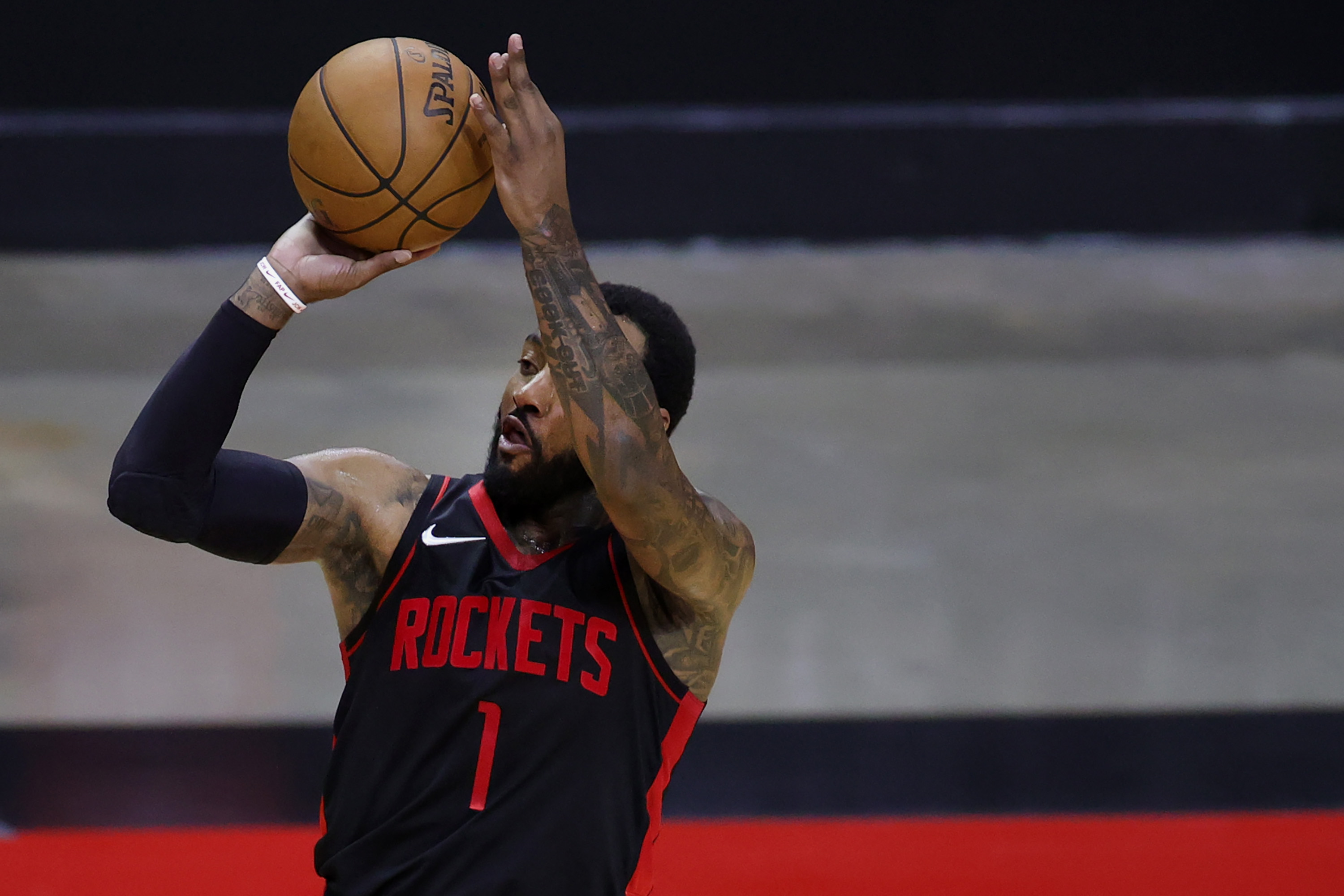 John Wall and the Houston Rockets have reportedly “agreed on working together to find a new home for the five-time All-Star guard,” according to Shams Charania of The Athletic and Stadium.

Per that report, Wall will “remain present” around the team at training camp as it seeks a trade, but he will not appear in regular-season games.

Charania noted that “Houston officials explained to Wall the direction of the franchise and that the team wants to protect the veteran guard’s health.”

NBA sources confirm @ShamsCharania report that the Rockets and John Wall are mutually working together to find a better fit for him. Sources say John Wall has not asked to be traded. According to sources the five-time All-Star simply isn’t part of the Rockets long-term plans.

Even if the #Rockets struggle to find a trade partner for John Wall, having him sit out is HUGE for Kevin Porter Jr’s development as the primary PG.

It’s also ideal for Jalen Green to play his natural position at SG instead of awkwardly cramming Wall/KPJ/Green into one lineup.

Don’t expect a buyout, however. Charania reported there are “no buyout plans on the two years and $91.7 million remaining on Wall’s contract—including a $47.4 million player option for the 2022-23 season.”

For John Wall’s sake, I’m hoping he gets back on a basketball court sooner than later. He’s not inclined to take a buyout but a trade feels unlikely. Already lost two seasons of his prime because of injury & battled all the way back to play again. Needs to keep playing, not sit.

But because of his massive contract, the veteran point guard is likely seen as a negative asset around the NBA.

The Rockets will have to take back some similarly undesirable contracts to deal Wall. They might even have to part with some second-round picks or heavily protected firsts.

Whether Wall actually gets traded may come down to how comfortable the front office is with that outcome.