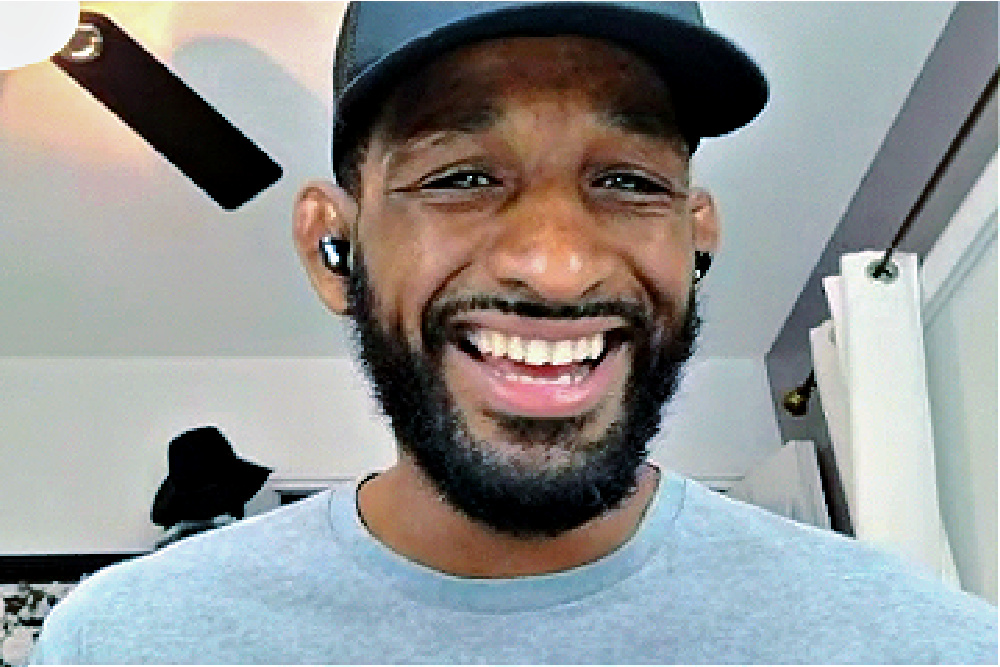 Neil Magny has no desire to tiptoe around a matchup with rising star Khamzat Chimaev. In fact, he wants to go straight at him.

Chimaev made his anticipated return to the octagon from a 13-month layoff at UFC 267 on Saturday and put on a one-sided performance to submit Li Jingliang in the first round of their welterweight bout. The showcase brought back all the hype around Chimaev that was there prior to his time away from competition due to health issues.

Magny, 34, has been publicly pushing for the matchup against Chimaev, 27, since before Chimaev’s layoff. The situation remains the same, Magny said, and if anything, he wants to fight Chimaev even more now after seeing the type of effort he put forth against Jingliang.

“I was going about my day after the fight happened and I was getting messages with the same old routine saying, ‘No one wants to fight this guy.’ ‘I doubt on Monday when the new rankings come out that anyone in the top 10 will fight this guy.’ ‘He’s just a monster and everyone is going to do their best to avoid him,’” Magny told MMA Junkie on Sunday. “I’m sitting there reading these comments over and over again like, ‘What? No way. I wanted to fight this guy a year ago.’ Nothing has changed today. He did come back, he did look impressive against Jingliang, but for me it adds fuel to the fire. It makes me want to fight him more than I did last year.

“Maybe it was a good thing this fight got pushed off as long as it did. A year ago I would have 100 percent might’ve looked past him, like, ‘Ah whatever. Some new kid that thinks he’s hot stuff. School this kid and show him what’s up.’ Coming out here and beating Jingliang the way he did, it definitely made me take a step back like, ‘Oh damn. This kid’s legit.’ He definitely has some skills that he brings to the table. To me, that’s the kind of fight that makes it more exciting – the guys that make you have to stay on your A-game. When I saw what he did to Jingliang, that made me more excited to fight him.”

Magny, No. 10 in the latest USA TODAY Sports/MMA Junkie welterweight rankings, is coming off a unanimous decision win over Geoff Neal at UFC on ESPN 24 in May. His 18 wins in UFC welterweight competition are second most in divisional history behind Georges St-Pierre (19), meaning Magny has pretty much seen it all in terms of opponents.

The UFC hasn’t seen anything quite like Chimaev, though. Through four UFC appearances, “The Wolf” has outlanded his opponents 112-1 in significant strikes and 254-2 to total strikes. That’s a nearly unfathomable level of dominance, but Magny sees a slim chance that happens to him. The savvy veteran thinks he has the answer to Chimaev’s game, and is confident he can achieve what others have failed to do.

“It’s happened because of his wrestling background,” Magny said. “He’s able to go out there and control guys really well and get to a finish right away or knock them out on their feet. With Jingliang, you saw just that. He was literally rag dolling Jingliang. Having fought Jingliang myself, seeing how he was getting tossed around, I was like, ‘Damn, this dude’s wrestling credentials are pretty good.’ For him to go in there and do what he did to Jingliang, it definitely proved he’s the real deal, and I want to go out there and test myself against a guy like that.

“Last year, there was this mystique or aura around him like, ‘This guy is unbeatable. He’s the new kid on the block.’ Everyone was afraid to put their name out there. I was like, ‘I don’t care. I’ll fight this guy.’ I’ve fought some of the best guys in the UFC over the last nine years. I have nothing to be afraid of at this point. I jumped in back then to fight. Now that he came out and beat Jingliang the way that I did, I’m even more excited to fight him because, in my opinion, (his win) shut up some of the doubters and the mystique and aura around him ever better.”

Magny’s ideal scenario would be for the fight to happen in the near future. He said he’s been scheduled for UFC Fight Night 199 on Dec. 18, but his original opponent – whom he would not name – fell off the card due to injury. The UFC is searching for a different opponent, Magny said, and he sees no good reason why Chimaev shouldn’t be the one to fill in.

“I was offered a fight for Dec. 18 and the fight ended up falling through because the opponent got injured shortly after. As of now, the UFC is working actively to get me a replacement for Dec. 18. So in a perfect world, this fight takes place Dec. 18. He absorbed zero damage against Jingliang, and I think in my opinion that would be a good turnaround for him. I would give him ample time to get back in the gym and get ready to face a tough opponent like me and go out there and put out and amazing fight.

“I want to go to war against a guy like Chimaev. I know for a fact that I can drag him into deep water and beat him. So, that’s what I’m looking to do against him.”