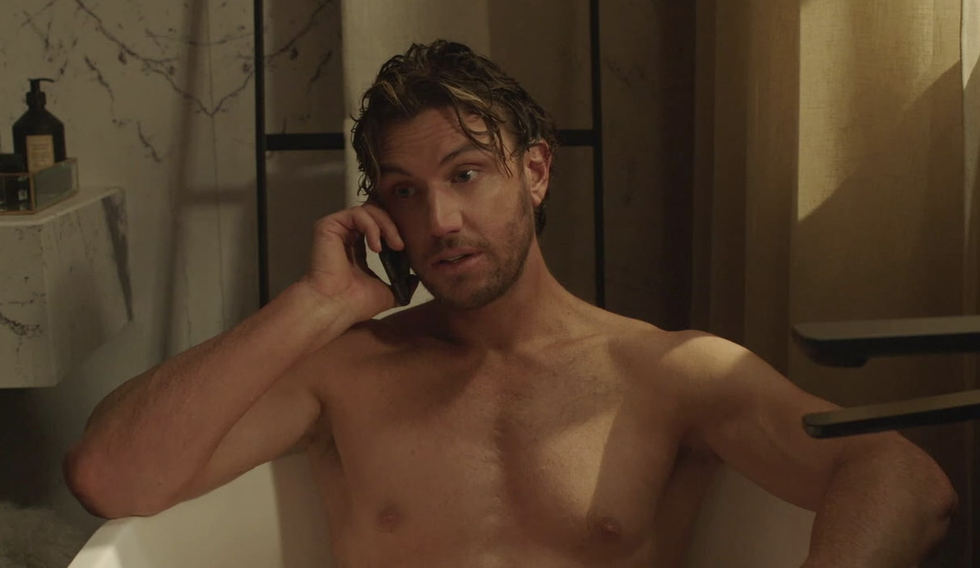 The gym shower scene in episode three of Netflix series Sex/Life has become infamous due to its inclusion of a rare moment of full-frontal male nudity. While some people suspected at first that actor Adam Demos was wearing a prosthetic penis during the scene, he has since confirmed that it is all him—leading to some pretty funny live reaction videos on social media as unsuspecting viewers were given quite a generous eyeful.

A new video on the Netflix UK & Ireland channel on YouTube attempts to answer some of the most frequently searched-for questions on Google about the show. It turns out, that shower scene left a lot of viewers feeling just as confused and uncertain as Brad’s love rival Cooper about what is and isn’t considered an average penis size.

“According to the NHS, the average penis is 9 cm when not erect,” explains the voiceover in the video. “There’s a lot of variation to either side of that, but the bottom line is that Cooper’s not wrong to be intimidated by the competition. Take note, everyone: we’re in the presence of a natural wonder.”