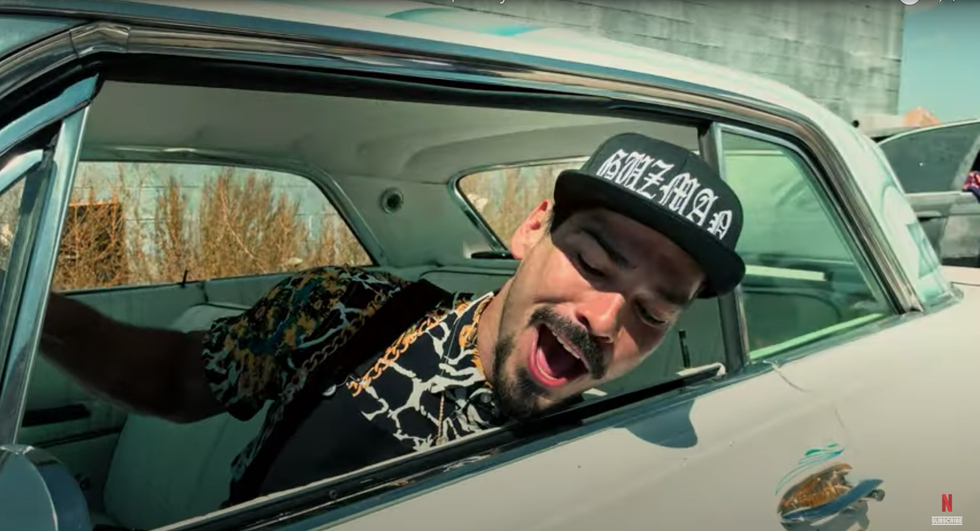 Army of the Dead has been a massive hit for Netflix with two spin-offs already planned, but there’s another that’s just been released – Guzman of the Dead 420 on YouTube.

For this social media world we’re living in, this new spin-off features Mikey Guzman (Raúl Castillo) from the original film, who is filming some zombie kills in Las Vegas for his YouTube channel.

Guzman of the Dead 420 is basically what would happen if Army of the Dead had a social media team, then Guzman would be the Zombie killing influencer with all the brand deals.

Related: Dave Bautista explains why he chose Army of the Dead over The Suicide Squad

It certainly looks like this is the spin-off that could keep on giving, with the option to keep going with more gory zombie kills, so it’s one to keep an eye on.

We’ll have to wait and see on that one, though two spinoffs we know are definitely happening are an Army of the Dead prequel film and an animated series.

Related: Army of the Dead 2 release date, cast and all you need to know about Netflix sequel

Snyder said in a statement: “I’m incredibly excited for the opportunity to partner with Netflix again as we expand the Army of the Dead universe with both an international prequel, as well as exploring the visually dynamic world of animation.

“It’s been a great collaboration and we are thrilled that Netflix sees this as big of an IP as we do.”

Army of the Dead is available to watch on Netflix.