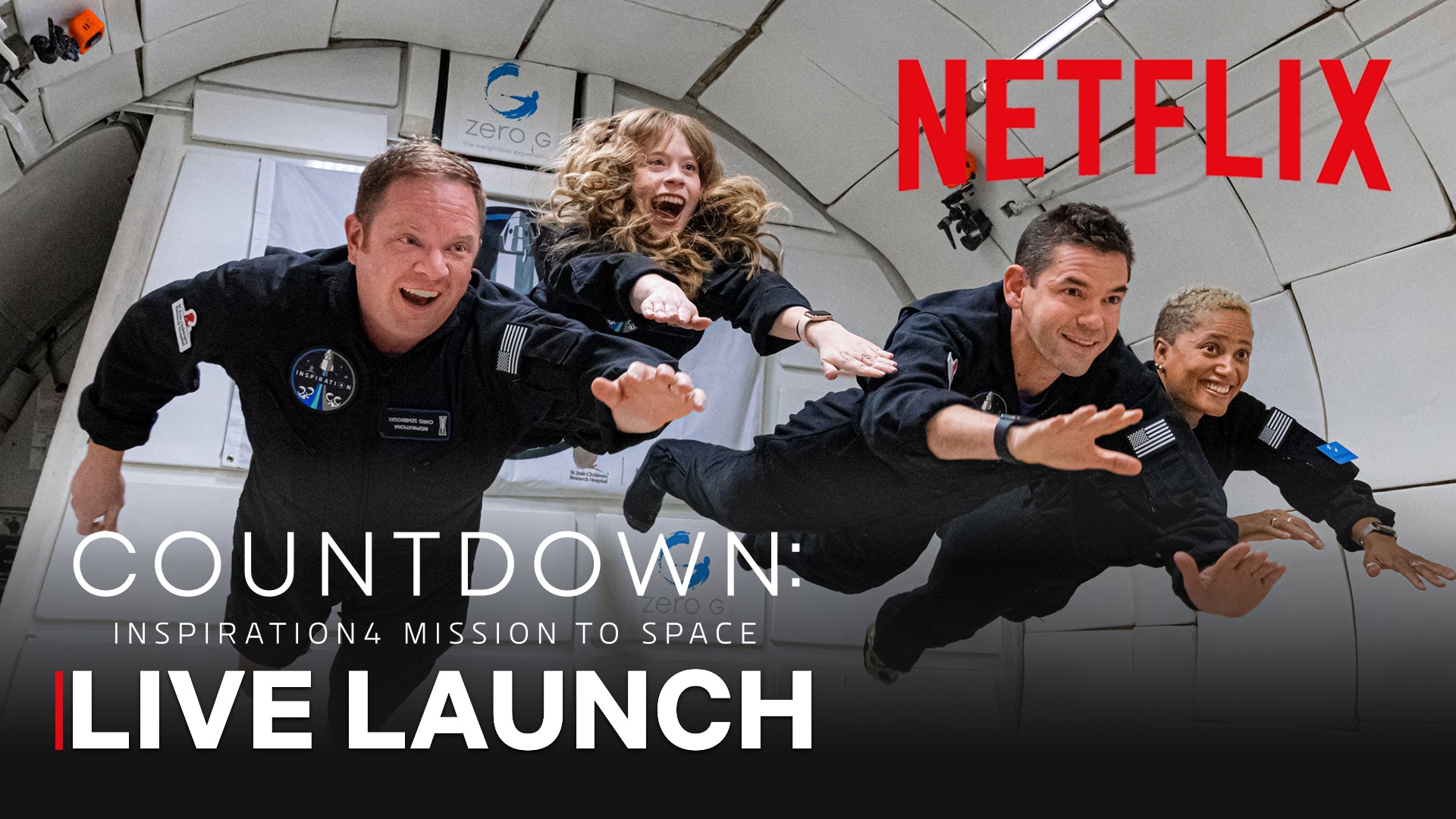 Are you counting down to SpaceX’s Inspiration4 launch this week? Netflix certainly is and you can join Karamo of “Queer Eye,” award-winning journalist Soledad O’Brien and astronauts to celebrate the launch in a livestream event.

On Wednesday night (Sept. 15), you can join Netflix’s virtual party of celebrity guests and astronauts to send off the Inspiration4 crew live ahead of their launch to orbit. The live stream is provided by Netflix, which is airing a new docuseries “Countdown: Inspiration4 Mission to Space,” following the crew of Inspiration4 in real-time as they prepare to launch to space.

Watch the 90-minute live show, starting at 7 p.m. EDT (2300 GMT), live in the window above, courtesy of Netflix, or directly via Netflix’s YouTube page. Inspiration4 is set to lift off no earlier than 8:02 p.m. EDT (0022 GMT Thursday, Sept. 16) from NASA’s Kennedy Space Center in Florida.

Netflix’s livestream special with Brown and O’Brien will also include former NASA astronauts Leland Melvin, Cady Coleman and Ron Garan. The live event will also include Time’s editor-at-large Jeffrey Kluger who will be reporting live from Kennedy Space Center.

Additional celebrity appearances will include actors who appear in Netflix series including “Lost in Space,” “Shadow and Bone,” “Another Life,” “The Baby-Sitters Club,” “Baking Impossible,” “Bling Empire,” “The Chair,” “The Circle,” “Family Reunion,” “Floor is Lava,” “Love Is Blind,” “My Unorthodox Life,” “Never Have I Ever,” “On My Block” and “To All the Boys I’ve Loved Before.”

The Inspiration4 mission will carry the four civilians to orbit for three days as part of the first-ever fully civilian crew to launch to orbit which also aims to raise funds and awareness for St. Jude Children’s Research Hospital, which treats and researches pediatric cancers and diseases.

Chelsea Gohd joined Space.com as an intern in the summer of 2018 and returned as a Staff Writer in 2019. After receiving a B.S. in Public Health, she worked as a science communicator at the American Museum of Natural History and even wrote an installation for the museum’s permanent Hall of Meteorites. Chelsea has written for publications including Scientific American, Discover Magazine Blog, Astronomy Magazine, Live Science, All That is Interesting, AMNH Microbe Mondays blog, The Daily Targum and Roaring Earth. When not writing, reading or following the latest space and science discoveries, Chelsea is writing music and performing as her alter ego Foxanne (@foxannemusic). You can follow her on Twitter @chelsea_gohd.