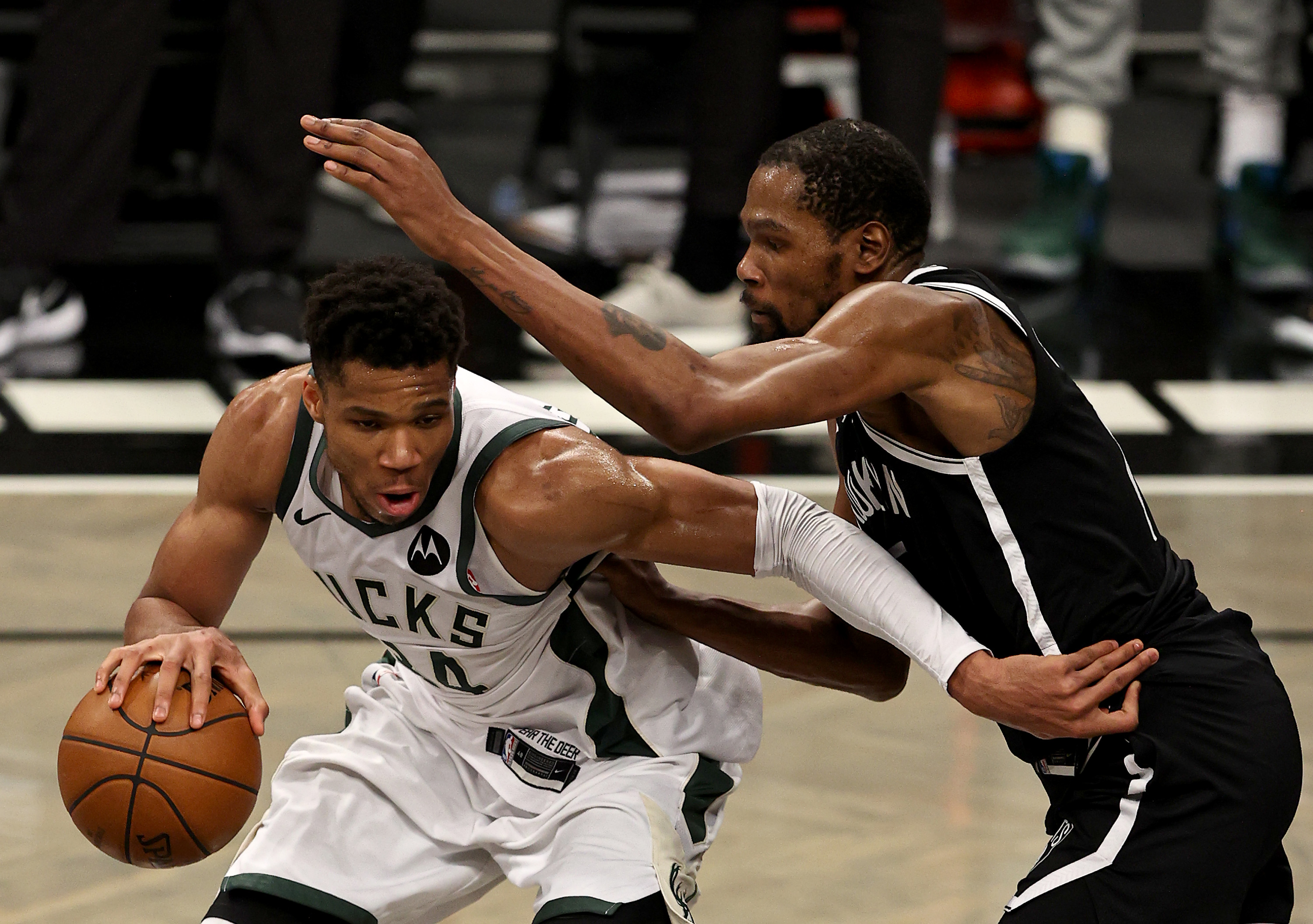 Durant discussed the Bucks’
title-clinching victory over the Phoenix Suns after a Team USA practice in Tokyo ahead of the
Summer Olympics, per Joe Vardon of The Athletic:

“To see a couple of friends become
champions today was cool. That experience doesn’t happen for just
anybody, so you respect that journey. And then you see a young team
like Phoenix who everybody has been counting them out for the last
five years, and now they make themselves into a contender, and I feel
like will be a contender going forward in the West, that was good to
see. And then Milwaukee forming somewhat of a dynasty with that team.
I know it’s the first chip and a lot of people call you a dynasty
after a few, but the continuity of that team is something that’s
impressive and how they continue to build and add and now they’re
champions, and you can appreciate that.”

Three players who just wrapped up
playing on the NBA’s biggest stage, the Bucks’ Jrue Holiday and Khris
Middleton as well as the Suns’ Devin Booker, won’t have much time to
rest as they’ll hop on a plane bound for Japan to play for Team USA
alongside Durant.

Vardon noted those three players won’t
arrive in Tokyo until Saturday, one day before the U.S. opens play
against France, which makes their immediate level of participation
unclear.

Durant explained the Americans will nevertheless benefit from an infusion of three battle-tested players to the roster
after a mediocre run in their exhibition games, which included losses
to Nigeria and Australia:

“It was good to get a punch in the
mouth early on to remind us that it’s not going to be a cakewalk.
So many people are used to Team USA coming in and blowing everybody
out, so it was good for us to see that. Hopefully, those are the last
losses. Adding three guys, two newly crowned champions and another
guy who’s been on that stage and knows all about winning big games
and playing in big games, add that IQ, three of those guys with high
IQ to the team is gonna help.”

The Nets forward added Team USA and the
Bucks now have a lot in common as the teams being hunted by a group
of hungry contenders, per Vardon.

Greece failed to qualify for the Tokyo
Games in men’s basketball, so Antetokounmpo won’t have an opportunity
to go for the NBA championship-Olympic gold medal double this summer.

That’s probably a blessing in disguise
for the Bucks because if they’re going to build the dynasty Durant
was referring to, they’ll need a healthy and rested Giannis for next
season. The Los Angeles Lakers showed how quickly those dynastic
plans can be derailed by injuries as LeBron James and Anthony Davis
both missed significant portions of their title defense.

Meanwhile, Team USA will face France,
Iran and the Czech Republic in the group stage next week. The
knockout rounds get underway Aug. 3 with the gold medals being
handled out Aug. 7.