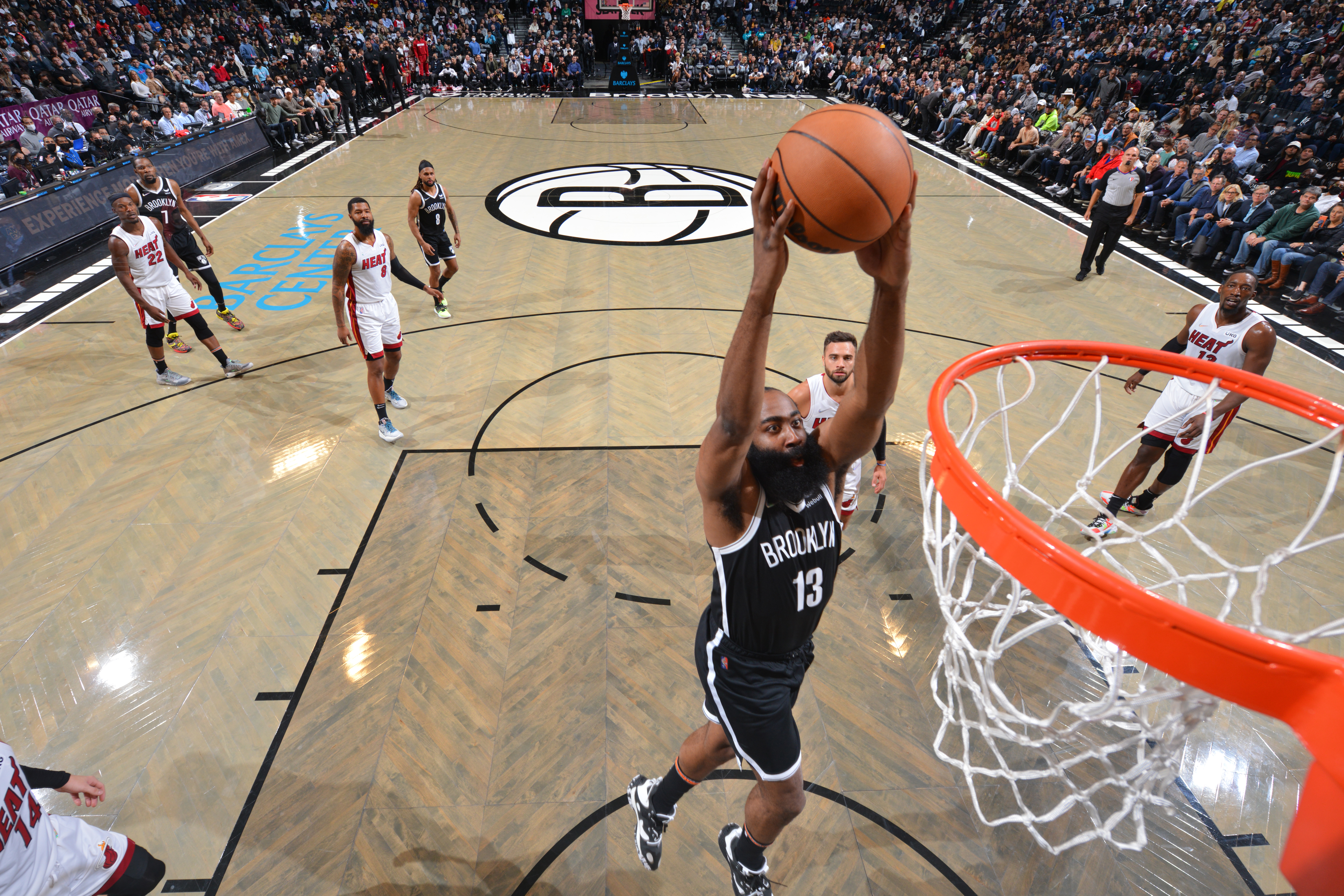 Brooklyn Nets head coach Steve Nash told reporters after his team’s 106-93 home loss to the Miami Heat on Wednesday that he believes struggling All-Star guard James Harden is “showing signs of getting his rhythm back.”

“I think James is showing signs of getting his rhythm back”

“Like I keep saying, it’s not an easy process. It’s gonna take him some time, we have to be patient with him, but he definitely had some incredible stretches tonight to build on,” Nash said.

The shooting woes continued Wednesday as Harden posted 14 points on 4-of-12 shooting.

However, Harden flashed signs of his brilliance when he scored 11 points in a 2:01 second-quarter span, including a four-point play.

A 4 point play from The Beard😤

Harden’s early season struggles haven’t helped the Nets, but the team has struggled as a whole to start the season, going 2-3.

Playing without Kyrie Irving has hindered the team’s offense, but the Nets have also struggled down low, most notably on the boards. Miami notably out-rebounded Brooklyn 62-42.

Ultimately, the regular season is just five games old, and Harden and the Nets have time in their favor to figure things out. For now, Brooklyn is scheduled to host the Indiana Pacers on Friday at 7:30 p.m. ET in Barclays Center.