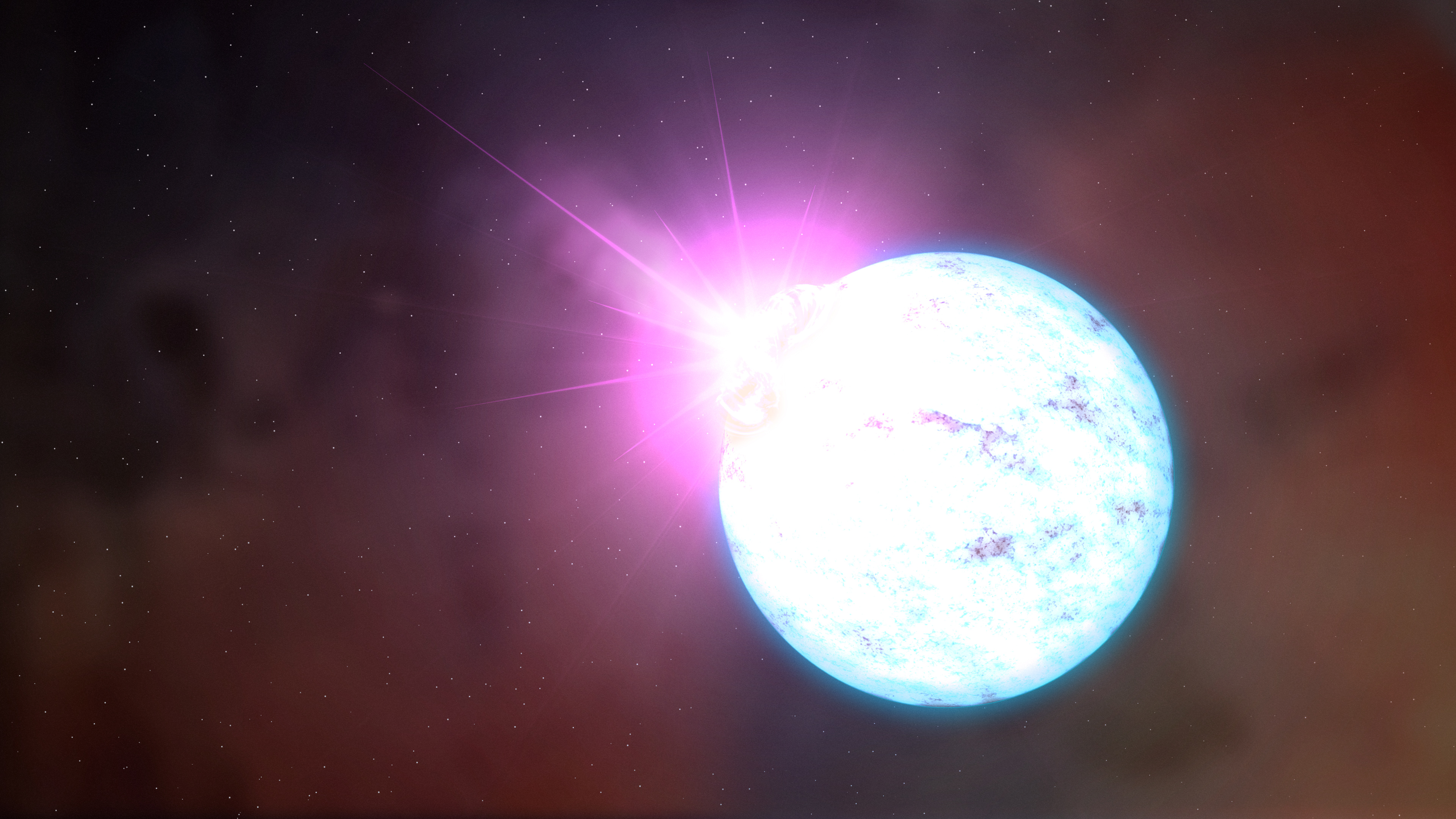 Scientists could use the densest material in the known universe, located beneath the surface of neutron stars, to study the cosmos’ most mysterious substance—dark matter.

New research, published in the journal Physical Review Letters, suggests a framework that scientists could use to employ neutron stars as “natural dark matter detectors.”

Because dark matter interacts incredibly weakly with everyday matter and light, it is near impossible to directly detect. In fact, scientists can currently only tell it is present by observing the indirect effects it has, such as the gravitational influence it exerts on galaxies.

This mysterious substance, which accounts for 85 percent of all matter in the universe, literally prevents the galaxies from flying apart, as gravity arising from the mass of all the “stuff” made up of everyday particles, stars, planets, and even us, wouldn’t be enough to hold galaxies together. Its importance in the cosmos has made the search for dark matter one of science’s most pressing concerns.

Because whatever particles this substance is made of react so weakly with matter, it could pass through a light-year of lead (over 6.2 trillion miles) without stopping, explains the paper’s lead author and University of Melbourne researcher Professor Nicole Bell in the university publication Pursuit.

Attempts are being made to detect hypothetical slow-moving dark matter particles on Earth that rely on the spotting of a rare chance encounter between an atom’s nucleus and measuring the tiny recoil that causes.

Fortunately, the cosmos has provided a denser form of material that could slow and even trap dark matter particles, in the form of neutron stars.

Neutrons stars form at the end of a massive star’s lifetime when the nuclear fuel available to it has been exhausted. At this point it collapses, shedding its outer layers in a violent supernova explosion and leaving behind an incredibly dense stellar core.

To get an idea of just how dense this material is, consider taking one and a half suns and squeezing them until they had a diameter of about 12 miles. That is analogous to the gravitational collapse that creates a neutron star.

This leads to a material that is so dense that if you could scoop up a single teaspoon of it, that teaspoon would weigh about 4 billion tonnes. That’s like stacking 700 Pyramids of Giza on up one spoon.

This material could be dense enough and possess so much gravitational force that it can capture dark matter, with the particles of this mysterious form of matter accumulating within the neutron star.

“Neutron stars are so dense that they may be able to trap all dark matter particles that pass through them,” Bell wrote. “These stars are ‘cosmic laboratories,’ enabling us to study how dark matter behaves under extreme conditions that cannot be replicated on Earth.”

If dark matter particles do accumulate within neutron stars, this could cause the material to heat up and result in the emission of radiation that astronomers could spot with more powerful telescopes in the future.

Neutron stars are only protected against complete gravitational collapse by the resistance provided by the neutron-rich material that comprises them. This means in extreme cases, this accumulation of dark matter could actually cause neutron stars to undergo such a process and become black holes.

“This means that neutron stars may allow us to probe certain types of dark matter that would be difficult or impossible to observe in experiments on Earth,” Bell continued. “A critical challenge in using neutron stars to detect dark matter is ensuring that the calculations scientists use, fully account for the unique environment of the star.”

Bell explains that while scientists have understood for some time that neutron stars and other cosmic objects could trap dark matter, previous calculations have missed some crucial physical effects.

They did this by altering calculations of how fast the dark matter accumulates in neutron stars, by treating the neutron-rich material inside neutron stars as a gas of particles rather than as individual particles.

“We showed how to correctly think about dark matter collisions in the extreme neutron star environment, which is so very different to dark matter detectors on Earth,” Bell explains. “This new research greatly increases the accuracy and robustness of our estimates of the dark matter capture rate.

“This paves the way for us to better determine the strength of dark matter interactions with ordinary matter.”

The researcher concluded that this could help researchers here on Earth better detect their dark matter detection efforts.