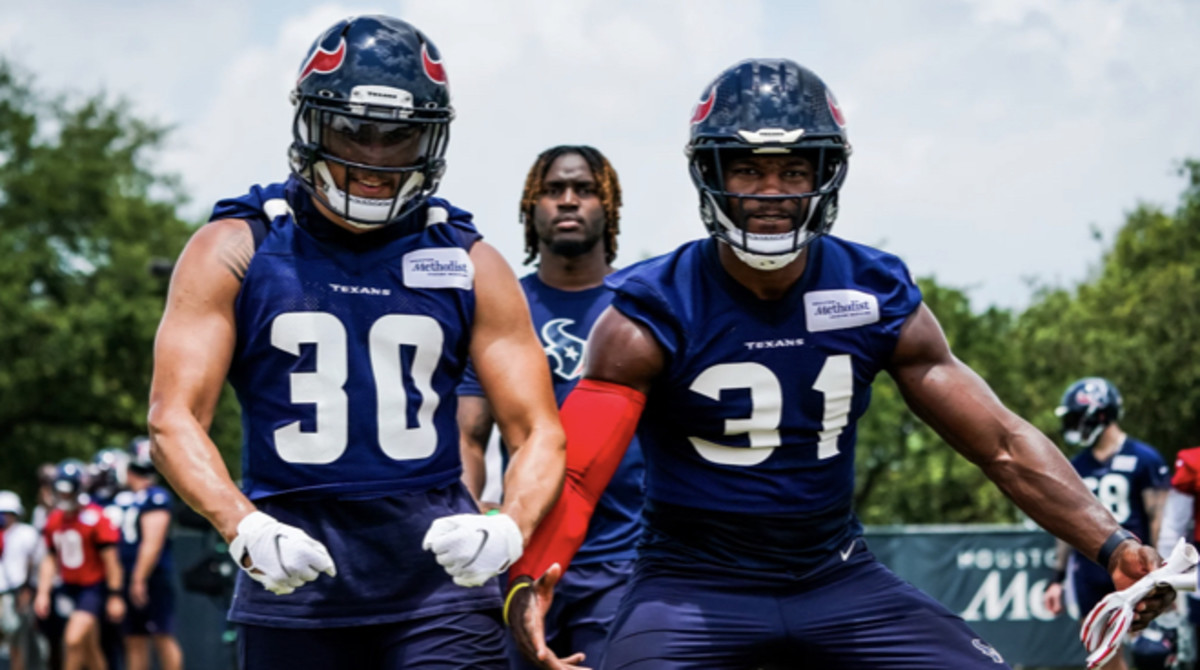 HOUSTON — Most running backs with multiple 1,000-yard seasons are viewed as gems in free agency. To some, that’s not the case here with one of the newest Houston Texans.

Undrafted out of Colorado, the 5-foot-8 runner forced his way onto the Denver Broncos’ lineup as a rookie By the season’s end, he was a Pro Bowler and rising star. A 2020 limited year cost him a chance for a new deal in the Mile High City, ultimately ending his time in Denver.

One door closes, another one opens — this time in Houston. Now, Lindsay hopes to show those who expect him to fail wrong once more at NRG come Sundays.

“For me, I want to be light, I want to be fast,” Lindsay told reporters Wednesday via Zoom. “I’m already strong as it is. I don’t need no weight. I just need to get it from point A to point B to score a touchdown. That’s my goal.”

The former Buffaloes star made the final 53-man Denver roster in 2018, primarily expected to be used on short yardage plays. Instead, he became the lead runner by midseason, trampling defenders while posting consistent 100-plus games on the ground.

Lindsay would then battle with former Chargers’ Pro Bowler Melvin Gordon for starting reps. A toe injury would hamper his production, costing the 26-year-old five games on and three starts on the season. He finished with 502 yards and a lone touchdown in what seemed to be a down year for all in Denver.

“For me this year, it was a lot of times of — I think overdid a lot of stuff last year,”  Lindsay said.

The Texans added Lindsay on a one-year, $5 million deal to join a crowded backfield. In Houston, he now must compete with the likes of Mark Ingram, Rex Burkhead and veteran David Johnson for starting reps.

Houston could elect to carry four running backs in 2021, but one is expected to go to special-teams standout Buddy Howell, meaning one of the four will be cut. Staying ahead in the race will make players stand out.

Lindsay understands that and prides himself on keeping a game mentality in practice each snap.

“It doesn’t matter if you’re big or small, we all have the same ligaments, same joints,” Lindsay said. “If you get hit the wrong way, you’re going to get hurt. For anybody, it’s anybody. People want to put that stigma on you if you’re a little running back. That’s not how it goes. You’re a grown man and at the end of the day, you have to handle your business.”

With minicamp canceled, Lindsay won’t return to NRG until July 27 for training camp. From there, each snap will be one that could make or break his rep totals for the 2021 campaign.

Weighing a bit over 180 pounds, size will not be his friend this season. Instead, the past production and speed will help Lindsay stay ahead in the fight for the 53.

“You’ve got grown-man strength. You just got to, one, pray and hope that you can stay healthy,” Lindsay said. “That’s what a lot of it’s about, is making sure you don’t get hit the wrong way.”

If Lindsay avoids that? Maybe he can be a hit in the right way for the Texans.