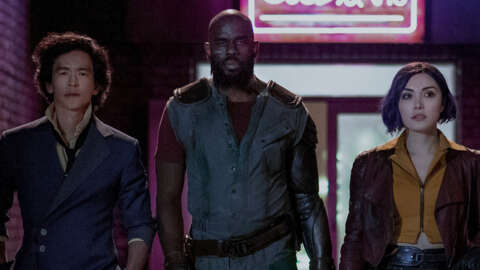 Somehow, November is already right around the corner, though the silver lining there is Netflix is rising to the occasion by debuting an impressive amount of content to help keep you busy before you start trying to wrap your mind around 2022. Netflix is rolling out tons of classic and original holiday movies, but there’s plenty else to dive into if that isn’t your thing.

One of the month’s brightest and highly-anticipated new additions is easily the live-action adaptation of Cowboy Bebop, coming November 19. If you’re somehow just reading about this series for the first time, here’s what you need to know: Based on the iconic manga and anime series from the late ’90s with the same name, Cowboy Bebop is a funky, stylish, and intergalactic reimagining and take on noir and western movies. Wherever you’ve seen the original series before or not, now’s a perfect time to check out the original Cowboy Bebop anime, which Netflix recently rolled out on its service.

Another major name launching a new project on Netflix in November is Hamilton’s Lin-Manuel Miranda, who is making his feature directorial debut also on November 19 with Tick, Tick… Boom! The film is an adaptation of the autobiographical musical by Jonathan Larson, who revolutionized theater as the creator of Rent.

Other standouts across November include Tiger King 2 on November 18 and both Big Mouth Season 5 and Narcos: Mexico Season 3 on November 5.

Below, you’ll find everything coming to Netflix for the month of November.